No, Daryl Hall did not "destroy" me: The right-wing social media mob's "social justice warrior" narrative couldn't be more ridiculous 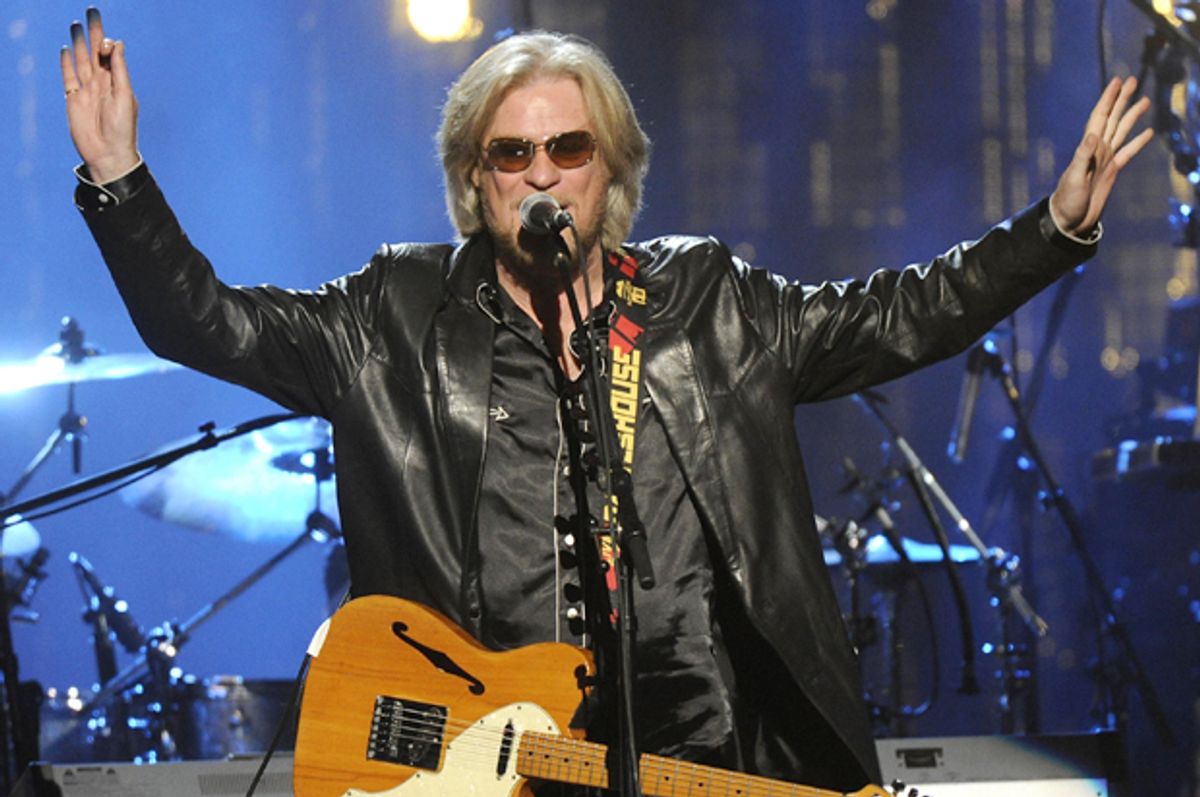 A popular quote often misattributed to Aristotle has the ancient philosopher identifying the defining characteristic of intelligence as the “ability to entertain a thought without accepting it.”

If the wisdom of that idea is accurate – regardless of its actual source – American cultural discourse has reached a state of stupidity so perfect it would appear the result of discipline and commitment, rather than ignorance.

On Thursday, Salon published my interview with legendary singer/songwriter Daryl Hall. Having interviewed Hall before, and enjoying his contemptuous interpretation of the term “blue eyed soul,” I decided to ask for his insight into the current conflict over cultural appropriation.

In my first interview with Hall, he expounded at great length on “the interplay between European and African sensibilities,” and correctly located the power source of American artistic creation and innovation at that generator.

It was obvious that Hall would undress critics applying the cultural appropriation label to everything from dreadlocks to pop music as “dangerous fools,” and it was equally clear that including discussion of a controversial topic in the interview would attract attention from readers not typically interested in the work of his soul and pop duo.

Interviewers have implemented a methodology similar to mine for as long as journalism has existed. The interlocutor asks questions likely to interest the readers, and reports for answers.

Such an elementary truth, apparently, evades much of the right wing social media mob. After Nick Gillespie, editor of Reason, wrote a thoughtful and informative response to my interview with Hall, conservative publications, such as the Blaze, Twitchy, and Newsbusters, characterized my friendly conversation as a combative confrontation in which the singer eviscerated me for “pressing him with political correctness.”

Steven Crowder, a right wing icon who illustrates the deficit of talent amongst conservative pundits, wrote that Hall “destroyed me,” and assumed that when I replied to Hall’s demolition of the cultural appropriation critique with the statement, “I agree with you entirely,” – hardly ambiguous – I was lying or rendered nearly catatonic by Hall answering my question in exactly the way I expected. Crowder’s followers, and subscribers to the Blaze and other right wing sources of bathroom stall carvings, interpreted my neutral question with precisely the same illiteracy: I’m a “social justice warrior” offering my best attempt at exposing Hall as a dangerous threat to multiculturalism. I also must suffer from multiple personality disorder considering that I introduced the interview with 500 words praising Hall.

The social media mob then assumed that Salon was “cringing,” in the words of one commentator, when they published the interview. The obvious question – then why did they do it? – seemingly escapes the steel trap analytical apparatus of people investing hours of their lives into the inane task of cyber conformity to an ideological tribe, 140 characters at a time.

Reality is irrelevant within this conservative cocoon, but at the risk of inviting accusations of masochism, I will correct some of the erroneous assumptions many right wing writers made when they read my interview.

My editor’s immediate reaction to the interview was a succinct endorsement: “This is amazing.” I have written several essays ridiculing political correctness on the left – the most recent of which is available at Splice Today. I have written books on Bruce Springsteen and John Mellencamp – two artists profoundly influenced by black musicians – and as I write inside my home office, I’m looking at a picture of Elvis Presley hanging on the wall. If I actually believed that white musicians who play or sing according to a black influence were guilty of a cultural crime, I would have to destroy half of my record collection and disavow two of my own books. In the leap to conclude that I am the stereotype of their limited imaginations, they made fools of themselves, but that is hardly anything new.

The important story to emerge out of the strange response to my interview with Daryl Hall has nothing to do with me, and little to do with Hall. It is an indictment of the juvenile, closed-minded, and thoughtless quality of America’s cultural conversation. More approximate to the playground than the lecture hall, the champions of the new debate, who amass followers like trophies and mistake popularity for insight, are not those who enlarge the collective understanding of politics, economics, and the arts, but those who can most quickly and effectively retreat into their comfortable corners, and safely issue insults with their keyboards.

The narrow mind of the social media mob member cannot function without reflexively categorizing everyone and everything as ally or adversary. Transparently insecure in his own intellect and identity, he must protect himself against any information or analysis that challenges his dogmatic and doctrinal worldview. The social media mob member cannot afford to entertain – to return to the terminology of the fake Aristotle quote – any agreement with a politically opposed publication, or regard the writer for such a publication as neutral – because doing so might cause the house of cards to crumble.

Right wing writers were eager to construct a false dichotomy between Hall and me, and had to deceive themselves into believing that my statement of agreement with Hall was insincere, because to read the interview simply as a literate and normal human being would allow the possibility that the world is full of complexity and contradiction – that people are not cartoons cast into roles supportive of their political perspective – and that not everyone with whom they would normally disagree is a demonic force of darkness hoping to violate everything they consider sacred.

The crisis of contemporary cultural discourse is that instant polarization, and the enthusiasm for division, undermines opportunities for growth and development. In their zeal to believe I am an enemy, the right wing exposed themselves as more eager to hate than to think.

Any reaction to my interview with a pop singer is trivial and largely insignificant, but the derangement of the right wing response to my neutral question for Daryl Hall, and my agreement with his answer, is emblematic of the resistance to thought paralytic to political progress. The vicious hostility toward President Barack Obama, even as he continually and fruitlessly tries to reconcile with conservatives, is a much more critical example of how extreme polarity, and its contestation of the humanity of political opponents, makes democratic compromise and negotiation nearly impossible.

The social media mob would benefit from entertaining the ideas of others and ingesting anti-anxiety medication, and the entire political process would reap the rewards. Otherwise, millions of voters, pundits, and leaders will remain, as one songwriter put it, “out of touch.”