What life in a cult was like: “We gave away our critical thinking and moral code and surrendered it to him”

Salon talks to former disciples, including the filmmaker, about "Holy Hell," a new documentary about Buddhafield 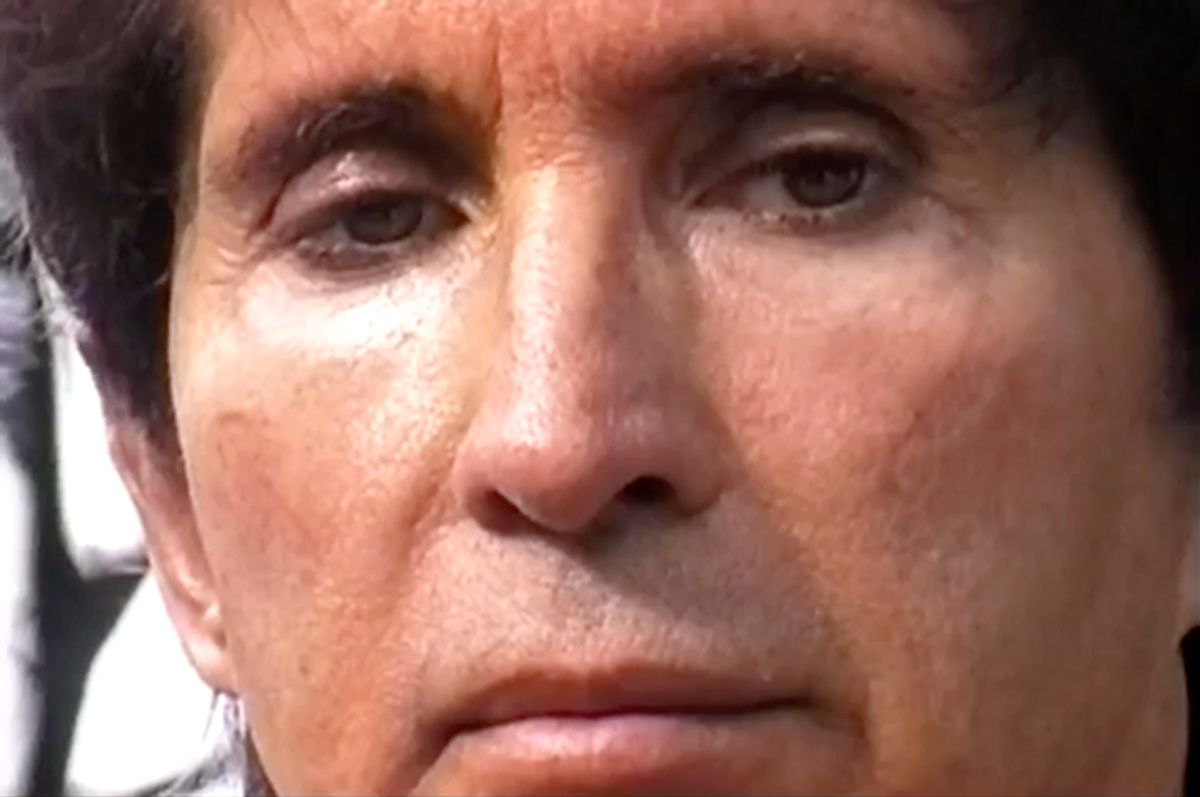 “Holy Hell” is an eye-opening documentary, executive produced by Jared Leto, about life inside a cult. Director Will Allen joined the Buddhafield—led by The Teacher, named Michel—in the mid-1980s, to find purpose in his life. What transpired was Allen finding a kind of family with the other members and experiencing moments of spirituality. However, during his 22 years in the Buddhafield, he says he also experienced periods of exploitation by Michel.

Allen filmed much of his activities in the Buddhafield, and that footage, along with interviews with former cult members, including David Christopher, are the basis for this film, which examines how this cult operated. The film documents the perils of groupthink in the cult as Michel established a series of rules, from abstaining from sex and performing “service”—one member carried Michel’s chair for him wherever he went—to more shocking revelations.

In separate interviews, Allen and Christopher discussed their experiences with Salon.

Will, how did you get involved with the Buddhafield?

Allen: My sister introduced me to her teachers and group of meditators in 1985. I was on a quest for happiness. I was pretty burned out from college. I liked the teachings I heard, and the people I met, and that was the beginning of the end. I was young and looking for some kind of secret to life—how to live my life and give it purpose.

What can you say about the nature of the cult, and why you stayed in it for so long?

It’s like any relationship. You find the good and hold on to that as long as you can and overlook all the negatives. It’s a human condition. When do we say enough is enough in any situation? It didn’t register as abuse at the time because of the paradigm we were in. We were told to go beyond it in our mind.

What made you decide to tell this story now?

I spent four years making it after spending five years deciding when to make the film. I was trying to reintegrate back into the world. I was being open and honest and transparent with others. I’m a filmmaker by heart, and this was the most direct path to gain power of my sense of self and identity. When I decided to make a film, I followed the old saw, “tell what you know.” This is what I spent 20 years studying and documenting, and what I know best. I felt it was my duty to bring it to life and touch upon these themes that have been interesting to me for 20 years—this spiritual, nebulous belief that we all have to deal with in these lives.

You shot much of the footage as part of the Buddhafield’s resident cameraman. How did you assemble the film and tell the story you did?

How did being in the Buddhafield make you feel?

The Teacher [Michel] made me feel accepted for who I was—being gay, and not perfect—because we were talking about something greater than [that]. In the group, we bonded over childhood turmoils and experiences that shaped our lives in negative and positive ways. We exposed our egos, which made us bond and love and forgive each other, and we became closer. It was the family you can talk to and cry with and they can help you. It was palpable. There weren’t the expectations from blood family. There was no judgment. It was unconditional acceptance. Even when new people came, and I was jaded and damaged, I still wanted them to have that initial experience I did.

Can you describe what the nature of the culture was like, with the rules Michel handed down?

The rules were interesting because they formed over time. When we first got there, there were no rules. There was no dogma, no religious history. I was raised Catholic, so that was very refreshing. The “guidelines,” as The Teacher called them, were developed to keep you on your path. We reinforced those rules with each other. We were reiterating what he said back to each other, and we created these rules, like the rule of no sex. It was “go beyond that emotion and desire, and you can take all that energy and create a higher, more ecstatic experience.” So masturbation was draining your energy. That’s the opposite of what you want—it’s the opposite of meditation. But there was so much deception and secrets and lies, these rules were impossible to maintain. Rules shifted—don’t eat sugar, don’t drink coffee. Caffeine and sugar create turbulence to your personality and you are trying to be still. Things became extreme.

Can you talk about the film's allegations of sexual exploitation?

Chris says it well in the film: “It never registered as abuse.” We trusted [Michel]. Even though my physical and sexual boundaries were ruptured at the time, I was too young to understand. We gave away our critical thinking and moral code and surrendered it to him. The abuse was able to last for so long because we were surrounded by each other 24/7 and those situations were not abusive. The abuse was clustered around 23 hours of safety. Somehow they coexist. What I would say to him [now]: How could you have not understood our psyche was attached to what he did to us? He ignored our personality and egos, and we also ignored and compartmentalized it, as [if] in an abuse relationship. He was a predator and working people, trying to break them down. We were pushed beyond our comfort zone in the name of awakening or enlightening. We rationalized the good; it outweighed the bad. Once we felt safe to talk about it, the healing could begin.

How did you get out? How were you deprogrammed?

I was so committed I didn’t have the strength to leave until my other brothers and sisters [in the Buddhafield] started to leave. I was there because of them. When everyone said, “Hey, wait a minute…” we did it together. We couldn’t do it alone. We had this groupthink. Reprogramming—it is a tedious job to reintroduce yourself to your desires. I did a lot of writing. It took a long time to feel selfish again and feel self-centered. At 22 I unlearned everything I learned up to that point. When I got out at 44, I had to do it again.

What can you say about incorporating the other members of the Buddhafield in your film?

There is no power in one person telling their story. This film is showing that you can’t argue with 12 to 15 people saying the same thing. Michel’s power trumped an individual’s power. There was shame involved as your moral compass came into play. He would convince you why wanting to leave was wrong. He played with reality. He’d make fun of us for being moral.

David Christopher joined the Buddhafield in 1999 when Michel, The Teacher, renamed himself Andreas, and moved the cult to Austin, Texas.

David, one of the most striking moments in “Holy Hell” was when one disciple admits, “The benefits outweighed the craziness.” What can you say about the veracity of that statement?

Christopher: The craziness wasn’t really apparent for most of us. I’d like to say 80 percent of it is so fricking amazing that you can live in this state of bliss. And 20 percent was a little weird but you say, “I’m not going to look at that part.”

You say in the film that when you joined the cult you felt “lost,” and found safety in the Buddhafield. Can you discuss that?

We weren’t joining a cult. I can’t speak for everyone—there are 140 people with 140 perspectives. We were looking for something deeper. Our families are a cult. I have a new definition for cult: a group or organization that inhibits your thinking through guilt, shame, or coercion. That can be your family, it can be your church. I just broke up with a girlfriend because she doesn’t think on her own. Most everyone in our community wanted something more—they saw something under the veil and wanted more than just the superficial, and that’s how they entered into this. The veil got ripped away.

Can you describe how you came to be involved?

You can’t just join the Buddhafield. It’s hard to get in. It’s selective, and secretive. I realized quickly that there was something going on. I wasn’t invited in. There was a process you needed to go through… Eventually you get invited to a satsang [a meeting where The Teacher is present]. We had these elaborate parties for Thanksgiving and Christmas. You were suggested not to go home because you didn’t want to miss them. We rented out halls and had amazing presentations and initiates could first meet the master [Andreas] in that environment. Then there was dancing and singing and meditating. It was "this is more your family," and I felt that way—it was way more intimate than my own family. There were no boundaries. It was more than I experienced with anyone who can reach those depths of intimacy with me.

Can you describe your relationship with Andreas?

Andreas was flirty with me, but it was always in a jokey manner. In hindsight, I understand I was probably being programmed and conditioned to be someone he would try to pursue—groomed for what he did with [some of the guys]. When you work with a spiritual master, there’s a master/disciple relationship. The master has an individual relationship with each disciple. Your trips that you need to overcome are different from my trips. Your master would see what’s best for you and you surrender and listen to the guidance of the master. So in that context, when the master tells you to “drop your mind” about gender—that’s how it starts. It’s a manipulation and a coercion that sex with your master will help you reach enlightenment because that’s what you need. It’s a sacred thing between master and disciple. What happens between you and your master stays there.

How did you get out?

We got this mass email [discussed in the film] and all of a sudden, I read it and I was like, What the fuck? All of a sudden there was this division.

Do you miss the feeling you had in the Buddhafield?

The film “Room” is a great example. It’s an extreme—you want to go back to the room; it’s what you know… You stay with conscious company because there was no judgment. You can have that intimacy with others. If you felt too many feelings, drop your mind and meditate. You get rid of your feelings but you never resolve anything. It’s an addiction—you run away from your feelings. Once the Buddhafield went away, and after we stopped self-medicating with meditation, everything came up and you had to stop running from it and deal with it. If you aren’t feeling your feelings, you aren’t being human. That’s one thing we really missed in the Buddhafield.

What are your feelings now toward Andreas?

If Andreas had said he wasn’t trying to hurt anyone, “I’m human, I’m not this enlightened being,” this community might still be around. He refused to do that, and kept blaming everyone else. That's when you saw the sociopathy. When you pick it apart, you see the dysfunction. Looking outside it, you see it clearly now. The only way to deal with a sociopath is to expose them. They have to run because they can’t confront the reality.