"I hope they have kidnapping insurance," Donald Trump responded in true form 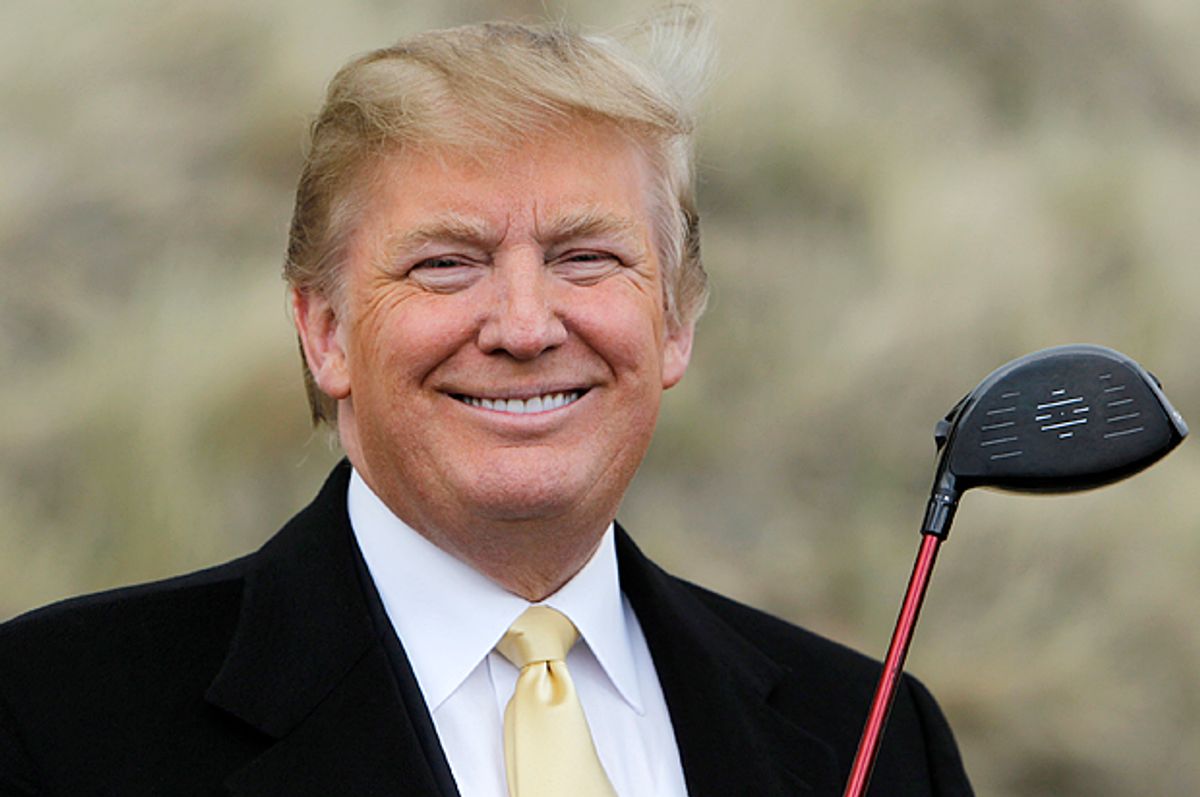 The Professional Golf Association is prepared to officially announce this afternoon that it will relocate the World Golf Championship, normally held at Trump National Doral in Miami, to Mexico City next year, according to a Miami Herald report.

The move comes after Cadillac opted not to renew its sponsorship deal with the 55-year-old tournament.

In a Fox News interview with Sean Hannity on Tuesday evening, Trump was quick to politicize the development.

"They're moving it to Mexico City which, by the way, I hope they have kidnapping insurance," he said. "It is so sad when you look at what's going on with our country."

"No different than Nabisco, Carrier and so many other American companies, the PGA Tour has put profit ahead of thousands of American jobs, millions of dollars in revenue for local communities and charities and the enjoyment of hundreds of thousands of fans who make the tournament an annual tradition," he said in a Wednesday press release. "This decision only further embodies the very reason I am running for President of the United States."