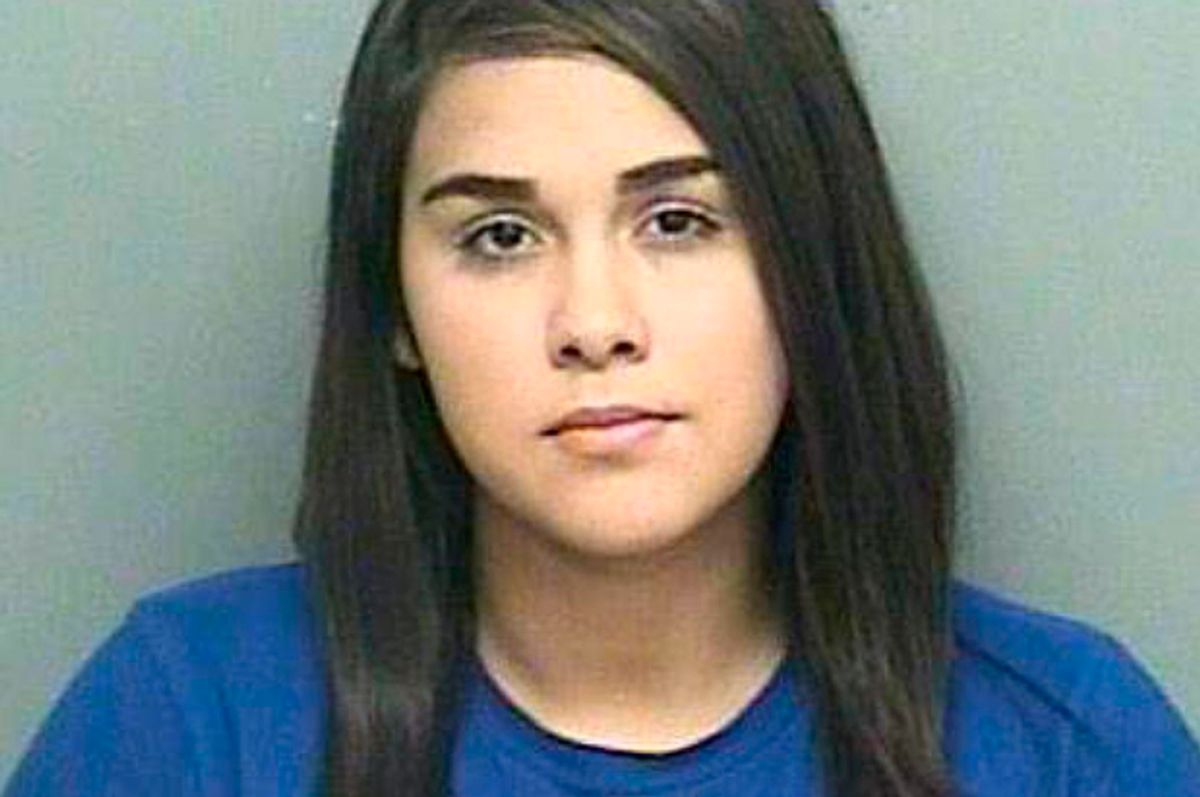 Teachers: Do not touch your students. Parents: Do not approve of or encourage your children's teachers to touch them. And reporters: Don't write about sexual abuse in words better suited to describe love affairs. Everybody else, that's what you need to know about the story of Houston middle school teacher Alexandria M. Vera.

On Wednesday, a warrant was issued for the 24 year-old eighth grade English teacher's arrest for the "continuous sexual abuse of a child"— a male student under the age of 14. She has posted $100,000 bond and been released, and has been placed on administrative leave from her school. But Vera's own description of what transpired between her and the unnamed child is, unsurprisingly, not of abuse. Because that's often how abusers think.

In court documents, authorities describe how the school principal received a tip concerning an "improper relationship" and that when confronted about it, Vera "admitted to having a sexual relationship since September of 2015" with the boy. In Vera's account, the boy "would flirt with and say inappropriate things to her," which she at first discouraged. But when he asked to "hang out," they drove around for a while and kissed in her car (because eighth graders don't have cars) and then had their first sexual encounter the next day (at his parents' home because eighth graders live with their parents).

From there, the story gets even more appalling — Vera claims she soon met his parents, who were "accepting" of the relationship, and from then on they "continued to have sex" and that the boy "would sleep with her at her house and then she'd drive him back home in the morning so that he could catch the bus to school." In January, she learned she was pregnant, but decided to have an abortion after "she got nervous when CPS unexpectedly showed up at the school… to question her and complainant about their relationship." CPS says that boy's mother is now also under investigation.

I wonder if this were a story in which the adult authority figure were having "almost daily" sexual contact with a 13 year-old child was a man, there would be more unambiguous horror over this. I wonder if perhaps the Washington Post headline would not describe what transpired as "teacher had sex with 8th grade English student," considering that Texas law makes it clear it's an offense to have sexual contact with a minor under the age of 17, and even throws in a special statutes for "improper relationship between educator and student." Vera's school, by the way, is the same one where two years ago a female teacher was charged after giving a 15 year-old a lap dance on his birthday.

It's now been 20 years since Mary Kay Letourneau made headlines — and did prison time — for her sexual relationship with a then 13 year-old six grader. The two eventually married and now have two teenage children of their own. Last year People romantically reported, "Against all odds, their relationship has stood the test of time." Yes, against all odds, a relationship in which one partner was convicted of the second-degree child rape of the other has endured. Just like the notion that meeting the legal definition of abuse is somehow acceptable or even worthy of approval, as long as the culprit is a woman.