What John Oliver missed about debt-forgiveness: Debtors helped could still get socked with tax bill — another sign of a broken system

Why is it so difficult to cancel debts without hurting debtors? 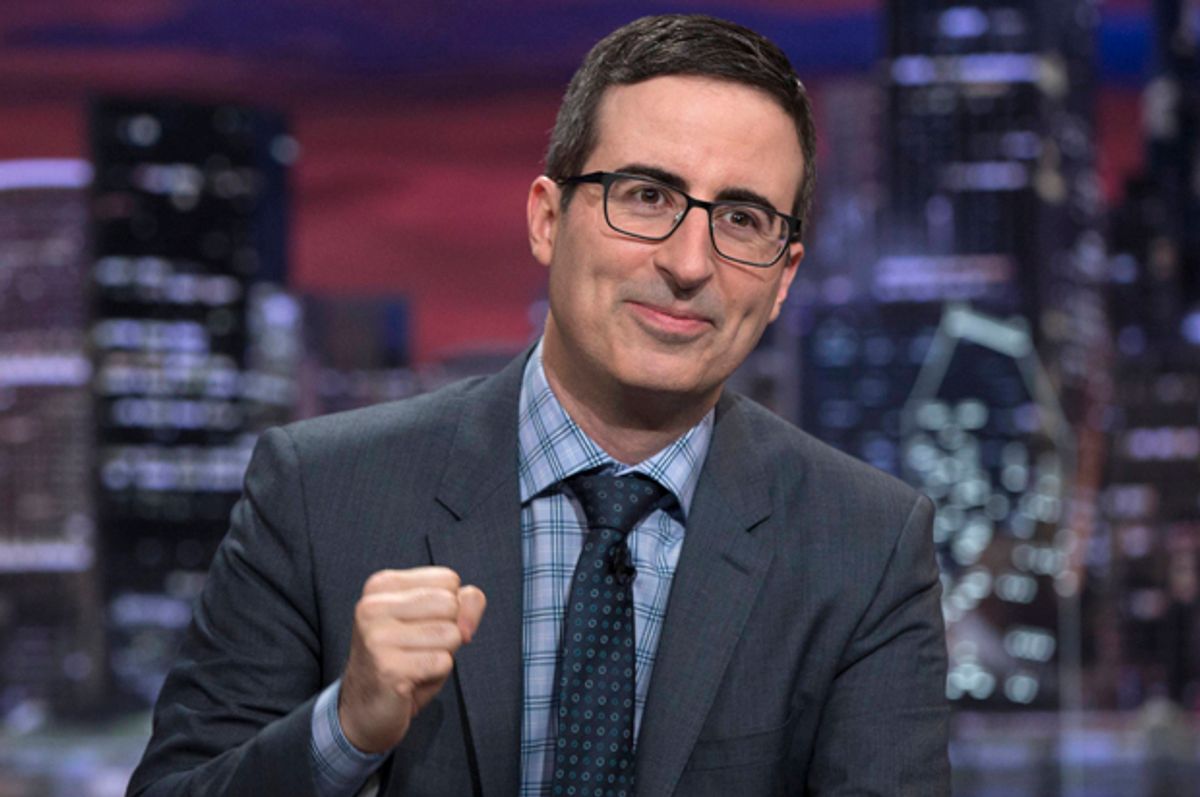 John Oliver’s audacious cancellation of $15 million in medical debt on his "Last Week Tonight" program on Sunday was a noble gesture of defiance against a predatory debt collection industry. It is also a longstanding tactic to call attention to the infamy of debt buyers and the immorality of debt. And it’s a fraught task, carrying the real possibility of actually making the financial situations of those who had their debt cancelled worse. That fact should highlight the inequities in the system, and how onerous we make debt for struggling individuals, but not for a corporation or a bank.

Let’s briefly break down what happened. Oliver did a long segment on the horrors of debt buyers, who purchase “zombie debts,” most of which have been deemed uncollectible, for pennies on the dollar, and then harass the ever-loving crap out of people to try to make a return on their investment. They use techniques that skate on the edge of, and flat-out blow past, legality to get the loot. My favorite story is the debt collector in Pennsylvania that decorated its office like a fake courtroom and had debtors come before a pretend “judge,” who ordered them to provide access to their bank account or the title to their car as punishment for non-payment.

Oliver’s team at "Last Week Tonight" set up a fake debt buying company called Central Asset Recovery Professionals, or CARP (the bottom feeder of the sea). The company purchased $15 million in medical debt for less than half a cent on the dollar, costing about $60,000. Then, live on the air, Oliver executed the “largest one-time giveaway in television history,” forgiving the debt.

It may have been that, but it was nothing new. The Rolling Jubilee, an outgrowth of Occupy Wall Street, pioneered this technique nearly four years ago. They did exactly the same thing, purchasing and then abolishing twice as much debt as Oliver, close to $32 million, with $700,000 in donations. A class-action settlement that the Rolling Jubilee participated in cancelled another $800 million.

As the Debt Collective, which administered the Rolling Jubilee, explains in a blog post, they aided "Last Week Tonight" producers, breaking down how they pulled off the debt cancellation and providing experts to assist in the task. But at the last minute, the Debt Collective claims that the producers opted against referencing the Rolling Jubilee in the story, “due to its roots in Occupy Wall Street.”

It was an odd rejection of the power of activism from a program that has set up a fake church to show the avarice of televangelists, employed Lin-Manuel Miranda to force action on debt relief for Puerto Rico, and marketed a cartoon diseased lung in several countries that allow tobacco advertising. The relatively benign version of this is "Last Week Tonight" wanted to shade things so they didn’t have to share credit; they harsher version is they didn’t want to befoul themselves by association with the dirty hippies from Zuccotti Park.

“Apparently our position that NO ONE should have to go into debt to secure the basic necessities of life, and that any debt incurred to pay for health care or education is morally illegitimate is too radical,” the Debt Collective wrote.

But something else should give us pause. What’s so hard here? A lender (typically a bank) has an unpaid debt, which it writes off and sells to some bottom feeder. Why can’t that bottom feeder just stick the debt in a drawer somewhere? After all, they now legally own it, and presumably can do whatever they want with it. What expertise is needed? What mechanisms are required?

It turns out to be surprisingly difficult to cancel debt, or at least to do it in a way that helps rather than hurts the debtor. If "Last Week Tonight’s" fake company just discharged the debt – and they would have to do so to ensure its death – the borrower would have to report that forgiven debt on their taxes as earned income. It’s the same problem with mortgage and student loan debt, which when forgiven can trigger a big tax bill for someone without the money to afford it (a bill in Congress has delayed this situation for mortgage debt, but it’s always precariously close to expiring).

There may have been good reasons for this once, but in practice, it means the Rolling Jubilee or "Last Week Tonight" must structure themselves as a tax-exempt organization to allow them to gift debtors without handing them tax consequences, pulling them up with one hand and punching them down with the other. In this case, "Last Week Tonight" transferred the debt to RIP Medical Debt, a 501(c)(3) non-profit organization set up to receive donations to relieve medical debts.

Except RIP Medical Debt is not a 501(c)(3) yet; they are “awaiting IRS recognition.” So if the IRS denies their status, the borrowers could be on the hook. The only way they really would deny such status is if someone bothers to complain. But if, say, a high-profile HBO show elevated the awareness of the situation, what’s to stop a debt buyer from complaining? And in a potential Administration of a certain Republican eager to use government as a weapon to punish enemies, what’s to stop the IRS from screwing John Oliver, and regular debtors besides?

There’s a heated debate over whether the Section 501 IRS tax exemption would even cover debt forgiveness at all. And there are other potential alternatives that may settle the matter and protect debtors, though laboriously. But the main point is this: why is it so hard for an individual to leave long-ago debts behind and get a fresh start? It’s certainly easy for a bank – they write off debts all the time, and they even get a tax break for their trouble (plus they can then sell that written off debt!). A corporation that declares bankruptcy has a streamlined process for shedding debts – just ask the aforementioned Republican presidential nominee.

But an individual debtor has seen the hurdles to relieving debt grow higher, in the 2005 bankruptcy bill. Even in the case of a gift or charity, they have to jump through hoops to avoid taxes. They can have their wages garnished, their tax refunds pulled, their Social Security reduced, and in a new wrinkle, their cell phones robo-called. They’re called deadbeats and made to feel shame and isolation. They can be beat up and harassed by the system in countless ways, and are not given nearly the options of the more well-born to extinguish their debt.

What you must conclude, then, is that debt is a form of control. And while turning the tables on the debt buying industry generates some warm feelings, John Oliver didn’t go the extra step, and indict a system that makes him spend weeks figuring out how to snuff out a debt that it took a bank 10 seconds to get off their books. That system, the one that punishes people for failing to acquire enough money to secure basic necessities like medical care, is at the heart of this issue. Would that someone with a big megaphone would have the heart to bring it up.