"Germans & Jews" and Americans: What can we learn from Germany's reckoning with history? 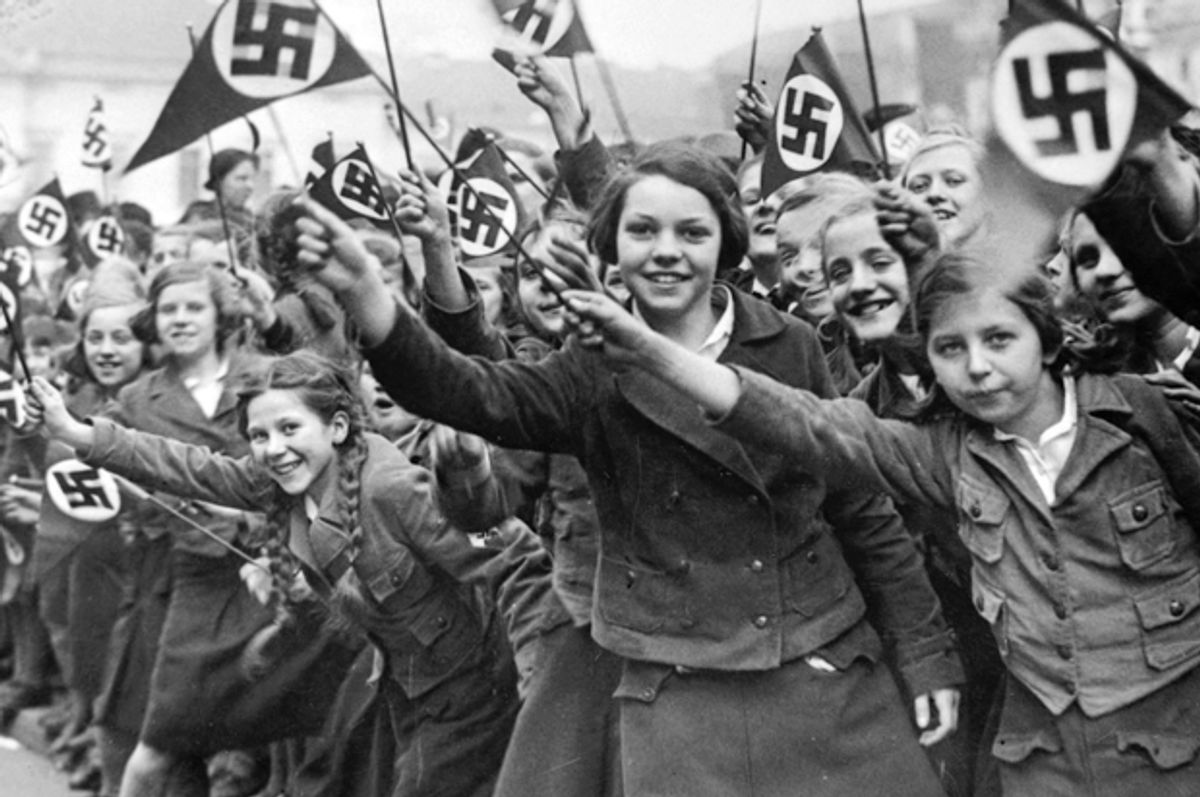 “History is the memory of a people,” says the elderly German in a beige lamb’s-wool blazer, sitting in his armchair in a study full of knickknacks. “A people’s destiny is determined by how it deals with its past, and how it passes that story on to the future.” By that standard, that guy’s country is probably in better shape than our own. It might sound ludicrous to say that Americans could learn something from the Germans, as we struggle to balance our real historical legacy with our national myths and delusions, but it’s true. In Janina Quint’s subtle, compact but deeply resonant documentary “Germans & Jews,” we can see how far the modern nation of Germany has come in terms of historical reckoning and historical reconciliation, 70 years after the end of World War II.

It has been an awkward and painful process, and no one in this film pretends that the crimes of the 1930s and ‘40s can be erased or forgotten. As Danish historian Thorsten Wagner observes, anyone who grew up in Germany from the 1970s onward has been exposed to horrific images of the Holocaust over and over again, but very few have actually met a Jewish person. A recent exhibit at Berlin’s Jewish museum tackled this problem head-on with “Jew in a Box,” featuring a Jewish man who sat in a chair all day conversing with visitors. (Was that meant, in the darkest spirit of Jewish humor, to conjure up the specter of Adolf Eichmann in his glass box?)

At a Berlin dinner party organized by the filmmakers — director Quint is a non-Jewish German, and producer Tal Recanati is an Israeli-born New York businesswoman — some of the German guests appear so anxious about what they say and how they will be perceived that it’s difficult to engage in normal conversation. Holocaust memorials and Holocaust remembrance have become so entrenched fixtures in German culture that they risk becoming tedious, kitschy or meaningless. Columbia history professor Fritz Stern, himself a German-born Jew and a Holocaust refugee, suggests that modern Germany’s intense obsession with the Holocaust is “unfortunate,” and that it’s time for younger Germans to learn that there is more to their nation’s history than Hitler.

As Stern (who died last month at age 90) was surely aware, this engages deeper questions than a breezy 72-minute documentary can engage: What is the relationship between the Germany of Bach and Goethe, the intellectual and artistic pinnacle of European civilization, and the Germany of Auschwitz? Numerous academic careers have foundered on that rock without providing a clear answer, but “Germans & Jews” is about the more recent past, which has brought enormous change to that troubled nation. Germany has seen a large influx of Turkish and Arab immigrants in recent decades, which has created some well-publicized social and cultural conflicts. But something else happened that was less widely noticed: Germany’s Jewish population has also grown rapidly, a turn of events no one would have imagined a generation ago.

By the end of World War II, Berlin’s once-thriving Jewish community had been reduced to a few thousand people. For understandable reasons, a large majority of European Holocaust survivors emigrated to Israel or North America and never looked back. For many survivors and their descendants, German people, German nationhood and the German language engender a forceful, visceral reaction. But as Quint explores, not all Jews left Germany, and over the decades others slowly started coming back. Some of the most fascinating material in “Germans & Jews” comes in conversations with Jewish people whose families remained in the country that had tried so hard to exterminate them, or who returned there later.

Raphael Seligmann’s father, for instance, struggled to make a living in Israel and went back to West Germany in 1957, when former Nazis were everywhere and the recent past was cloaked in silence. It seemed like a paradoxical and perverse thing to do at the time, but today Seligmann publishes a thriving Jewish newspaper in Berlin (in English), and that tiny trickle of reverse migration has become a full-fledged phenomenon.

There are believed to be at least 150,000 Jewish people living in Berlin today, including many thousands of Israeli-born artists, musicians and entrepreneurs who have taken advantage of the city’s booming cultural and technology scene. (Jews with German roots are generally entitled to German passports and permanent residency.) If that’s even close to accurate, it would make Berlin the second-largest Jewish population center of mainland Europe, after Paris. It would mean there are more Jews living in Adolf Hitler’s former capital than in Moscow or Cleveland or Las Vegas.

If the evidence in “Germans & Jews” is anecdotal, it’s also highly convincing, at least for anyone who has spent time in or around a large Jewish community: Berlin now has Lubavitchers, members of the Hasidic sect who cheerfully accost passersby on Friday evenings, hoping to rope non-observant Jews into Sabbath services. In recent years the Lubavitchers have erected an enormous Hanukkah menorah directly in front of the Brandenburg Gate. As one longtime Jewish Berliner remarks, you expect to see that in Brooklyn or West Palm Beach, but it’s pretty doggone startling to encounter it there.

Is there still anti-Semitism in Germany? Is there a disaffected minority that pines, covertly or otherwise, for the glorious days of the Third Reich? Is there actual or potential conflict between the growing Jewish and Muslim communities? Well, sure — there and almost everywhere else. At this Trumpian moment in American history, we might be well advised to heed the words of a prominent Jewish prophet about attending to the beam in one’s own eye before trying to remove the speck from your brother’s.

Despite all the unease expressed in “Germans & Jews” — despite the undeniable sense that many Germans are trying a little too hard and that many Jewish people aren’t convinced that the swastikas have been put aside for good — the truly remarkable thing about this modest little movie is the revelation of how much change is possible within a relatively short time. One Israeli-born artist and musician who has lived in Berlin for 15 years says that when he first arrived he used to look at older Germans at the bus stop and wonder, “Well, what were you up to in 1942?” Most of those people are gone now and he doesn’t think about it anymore. His younger compatriots, he insists, aren’t making any kind of political or historical statement: They come to Berlin because it’s a hot scene with late-night dance clubs and a booming economy; next year they might move on to London or Miami.

But the story that totally destroyed me comes from a woman who has lived most of her life in Berlin’s insular and previously tiny Jewish community. She never thought of herself as German, she says, or at least not until 2011, when her son went to the Maccabi Games (aka the “Jewish Olympics”) in Vienna as a member of the German national team. He marched with a group of Jewish athletes into an arena in Hitler’s hometown, carrying the German flag and chanting “Deutschland! Deutschland!” To Germans and Jews of an earlier era — and to many people now, honestly — it sounds inconceivable, and perhaps unforgivable. It’s also evidence that in this deeply flawed world of ours nothing is impossible, and the future is not written in advance.

“Germans & Jews” is now playing at Cinema Village in New York, with more cities and home video to follow.