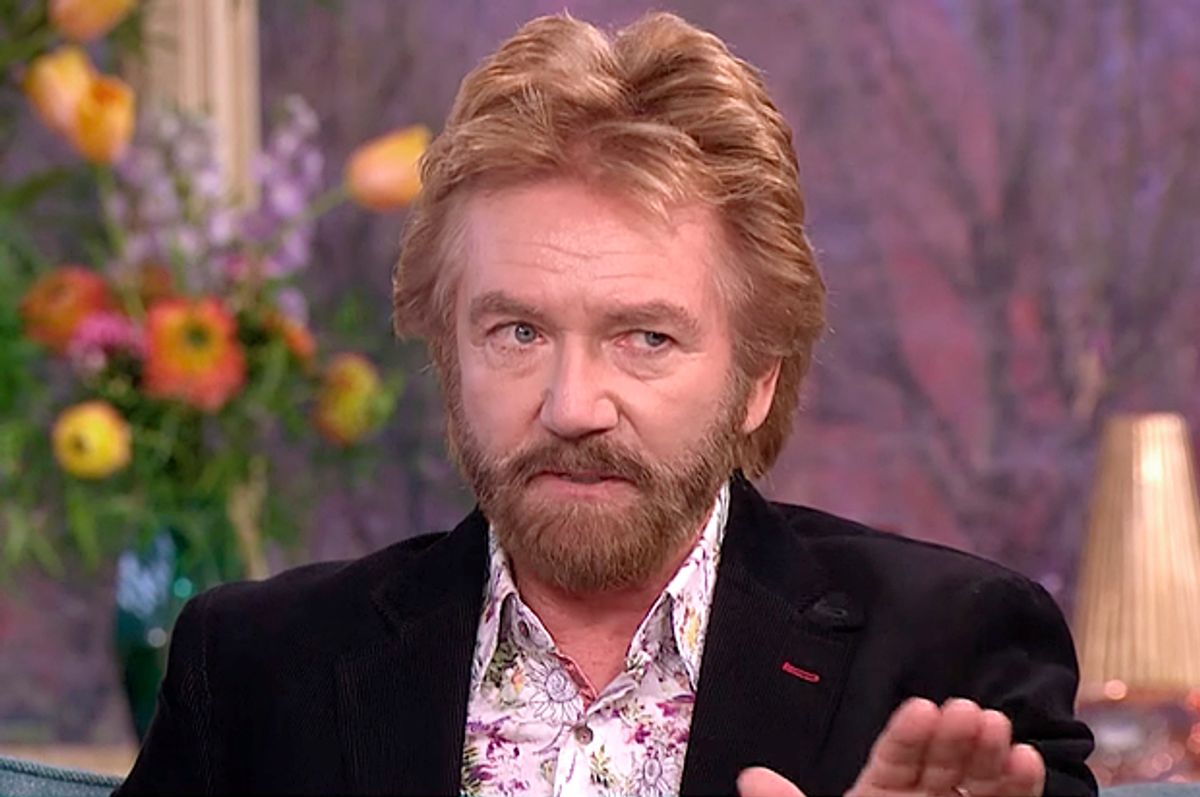 Welp, I guess Joe Biden's going to have find something else to do with his time after he ends his term as vice president next year. Just forget that whole trying to make significant inroads in cancer treatment, fella. A UK game show host has figured it out.

Noel Edmonds is a venerable British disc jockey and the host of the English version of "Deal or No Deal." The 67 year-old has also apparently unlocked the causes of and cures for cancer. On Tuesday, he tweeted an image of a device that looks like that Meyer machine from "The Path" or maybe a VCR from 1989, claiming, "A simple box that slows aging, reduces pain, lifts depression and stress and tackles cancer . Yep tackles cancer!" And on his own Web page, Edmonds says, "I know of people in remission from cancer who attribute this state in part to regular use of the Pad and arthritis suffers now free of crippling pain. The benefits go on and I can hear you saying 'so if it's so good Edmonds why haven't I heard about it? Why hasn't my doctor/consultant told me about it? Why is it such a secret? FRANKLY I HAVE NO IDEA!"

The device is an "EMP Pad" — an object that promises to "transform your health" by "applying a magnetic field to the cells in the body, sending them a weak electrical signal and influencing the interaction of the ions and the flow of nutrients within the cell." It costs roughly $3,350.

Edmonds' Twitter claim swiftly caught the attention of the Advertising Standards Authority, which said it could not offer a smackdown because it was not a paid endorsement. But the EMP Pad company itself offered some hasty damage control, assuring that "The opinions of Mr Noel Edmonds are his alone and do not reflect in any way with the opinions of us at EMP Pad. We had no discussion, input or prior knowledge of the content of Mr Edmonds' statement and we do not agree with it in any way, shape or form."

The company unfortunately then refused to quit while ahead, adding that "Although research using very low frequency and intensity PEMF to help address cancer has produced some promising early results, it is currently in the very early stages and EMP Pad does not make the claim that PEMF therapy can prevent cancer."

That's still considerably better than how Edmonds handled the pushback to his fanciful claims. On Twitter, he retorted to a critic that "Scientific fact-disease is caused by negative energy. Is it possible your ill health is caused by your negative attitude? #explore." Yeah, he told a stranger to "explore" whether his "negative attitude" caused illness.

And in an interview on "This Morning," Edmonds said that he was in a "very stressful, very negative period" when he was diagnosed with prostate cancer and that "I know why I got my cancer…. I believe pulsed electromagnetism has a role to play in tackling cancer and I will always believe that."

Edmonds says that three years ago routine bloodwork detected the cancer, but that he had no other symptoms. He says, "The point here is that when I found out I had prostate cancer, I went out there and started to ask as many questions as possible. I changed my diet, I exercised in a different way… I then had my tumor destroyed by sound waves, proving yet again energy is at the heart of this issue." And to think of all the suckers still trying chemo and surgery.

Believe me, as someone who's experienced Stage 4 cancer, if negative attitudes caused cancer and if sound waves cured it, you wouldn't be hearing about it from TV show presenters. Doctors and researchers want to actively prevent and treat disease, and anyone who suggests otherwise has literally no idea what they're talking about. If you want to be a crackpot on your own time and with your own body, have at it. But if you're spewing your "facts" which are fact utter nonsense in public, you are actively spreading ignorance and you are shaming people with illness. And that's a lousy deal.