Loving the '90s: Why memories of a happier decade could give Hillary a November edge 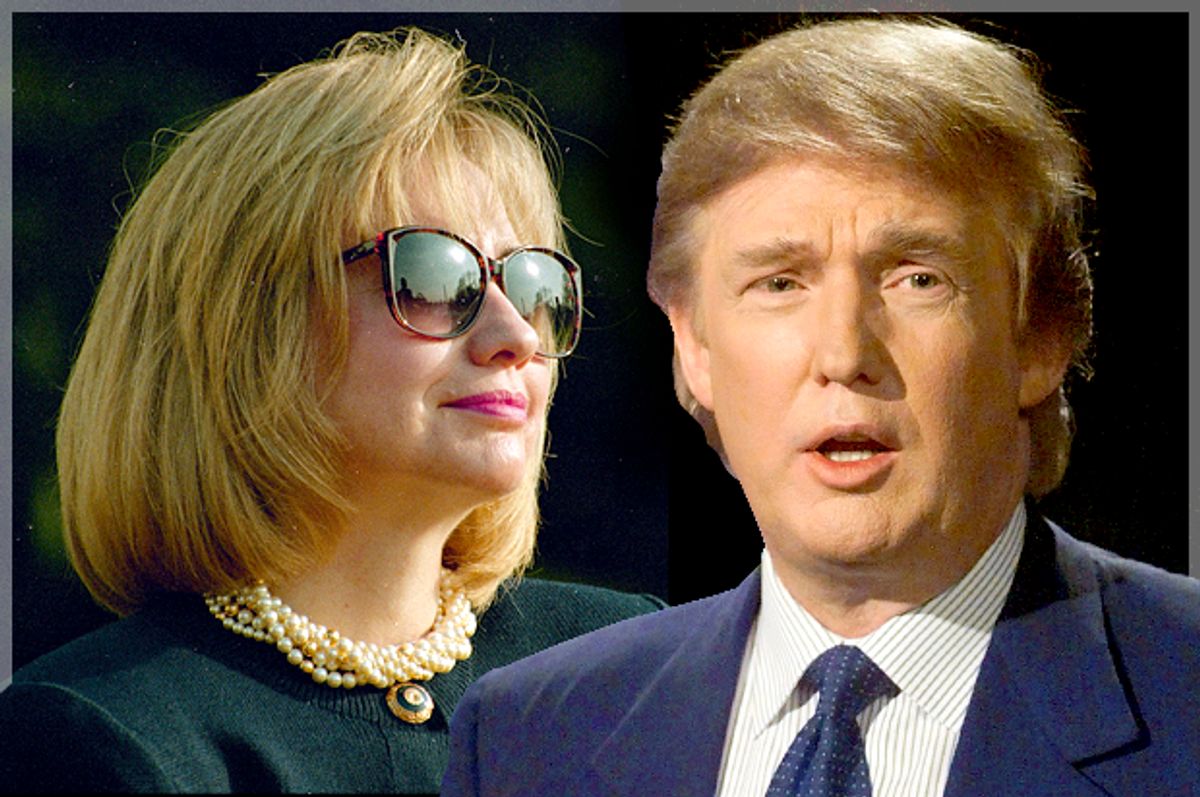 Now that Hillary Clinton is the presumptive Democratic presidential nominee, I have a congratulatory observation for her. When I talk to strangers about politics these days, the subject inevitably turns to the 2016 presidential election. Most of them have strong feelings one way or the other about Donald Trump, but unless they’re a partisan Democrat or simply proud of the feminist milestone signified by her nomination, their feelings toward Clinton’s candidacy are tepid at best and hostile at worst. Most of them seem to respect her experience but don’t trust her character. While that is expected among conservatives, it has spread to independents and Bernie Sanders supporters… and if they don’t turn out to vote for Clinton in November, she could lose to Trump.

Considering that Trump’s record high negatives are matched only by Clinton’s, it would stand to reason that a Democrat like myself would find it impossible to change any minds here. Yet there is one observation that I’ve noticed does the trick more often than not: Just bring up the ’90s to one of the millions of Americans with a nostalgic fondness for that halcyon decade. Particularly for those of us who were raised in it, we will always have a fondness not only for the prosperity of Bill Clinton’s presidency, but the cultural milieu that surrounded it. If Bill deserves to benefit from it, however, Hillary does too -- as Americans knew would happen when they elected Bill Clinton in 1992, the First Lady was his co-president. Bring that up, and suddenly many of them told me they could see the logic in pulling the Democratic lever in November.

If my personal experience is reflective of the larger reality, progressives should focus on this angle. So why don’t they?

Part of it is that Bernie Sanders has moved the Democratic Party’s base much farther to the left than anyone anticipated in this election. Now large swaths of Bill Clinton’s presidential legacy have become suspect — and rightly so. As liberal pundit Thomas Frank wrote in The Guardian, Clinton’s signature anti-crime bill in 1994 was responsible for the mass incarceration of millions of Americans, “thousands of people who have had decades of their lives ruined by zealous prosecutors and local politicians using the tools Clinton accidentally gave them.” The left has been similarly harsh with Clinton’s welfare reform package in 1996, which made sense during the low unemployment of the late ’90s but left many of the poor without a safety net in subsequent decades. The Clintons’ worst legacy, though, was the North American Free Trade Agreement (NAFTA) in 1994, which had thrown almost 700,000 Americans out of work by 2010 (there is a good reason why Americans of all ideologies are united in their opposition to free trade).

Yet while these criticisms are valid, there are also legitimate reasons for respecting the Clintons’ main achievement from this period — their economic record, which can be made appealing to Americans of all ideological persuasions. Liberals can take pride in the Clinton administration’s courageous refusal to bow to Republican intimidation over Medicare cuts, allowing a government shutdown over surrendering a program on which millions of Americans depend. Conservatives can admire the fiscal discipline that led to deficit reductions and a balanced budget (although liberals may lament its human consequences), which he did even as Republicans denounced it for being the “largest tax increase in history” (which it wasn’t). Clinton was by no means solely responsible for the booming economy, but it would be disingenuous to deny that these were major factors in creating 22 million jobs.

There is also the emotional logic of appealing to ’90s nostalgia. Whenever I discuss the Clinton era with strangers, they recall the sheer charisma that emanated from the White House. Even the notorious sex scandals that got him impeached were a part of it. His oratory was always eloquent, he exuded empathy, and the man played the saxophone like nobody’s business. People just liked the guy… and as a result, he has become as much a part of the ’90s zeitgeist as Ronald Reagan is associated with the ’80s or Dwight Eisenhower with the ’50s. This can have its benefits. ’90s nostalgia is very popular in our culture right now; as Kurt Andersen succinctly put it in the New York Times, “It was simply the happiest decade of our American lifetimes.” Presidential candidates who can be linked to happier days frequently become presidents -- see Richard Nixon in the 1968 election (he loved to point out that he was Eisenhower’s vice president) or the endless parade of Republicans claiming to be Reagan’s successor.

This is a potent force that Democrats can use to their advantage… and liberals should want them to do so. As I’ve written before, the Clintons have evolved from their ideological stances in the ’90s. Hillary is running for president on a platform that vows to oppose free trade deals, raise the minimum wage and focus on creating jobs instead of slashing social welfare. There is no reason to believe that, if elected, she wouldn’t strive to achieve these goals, much as her husband followed through on the conservative promises he made during his 1992 and 1996 campaigns. If you genuinely subscribe to the values of Bernie Sanders -- of using your vote to help as many of your fellow citizens as possible, with a special emphasis on those who are disenfranchised -- then it becomes imperative to do the right thing here. To the extent that we can be certain of these things, Clinton’s election would help a lot of people, just as Trump’s would hurt many.

If it isn’t easy for you to swallow that idea, well, hopefully the Clinton campaign fully appreciates the magnitude of that fact. Hillary may not be as likable as Bill, but that shouldn’t eclipse the logic of the current situation. She may not be an exciting candidate for president, but there is still an emotional core to the rationale behind her candidacy. It’s time her supporters started mentioning that.