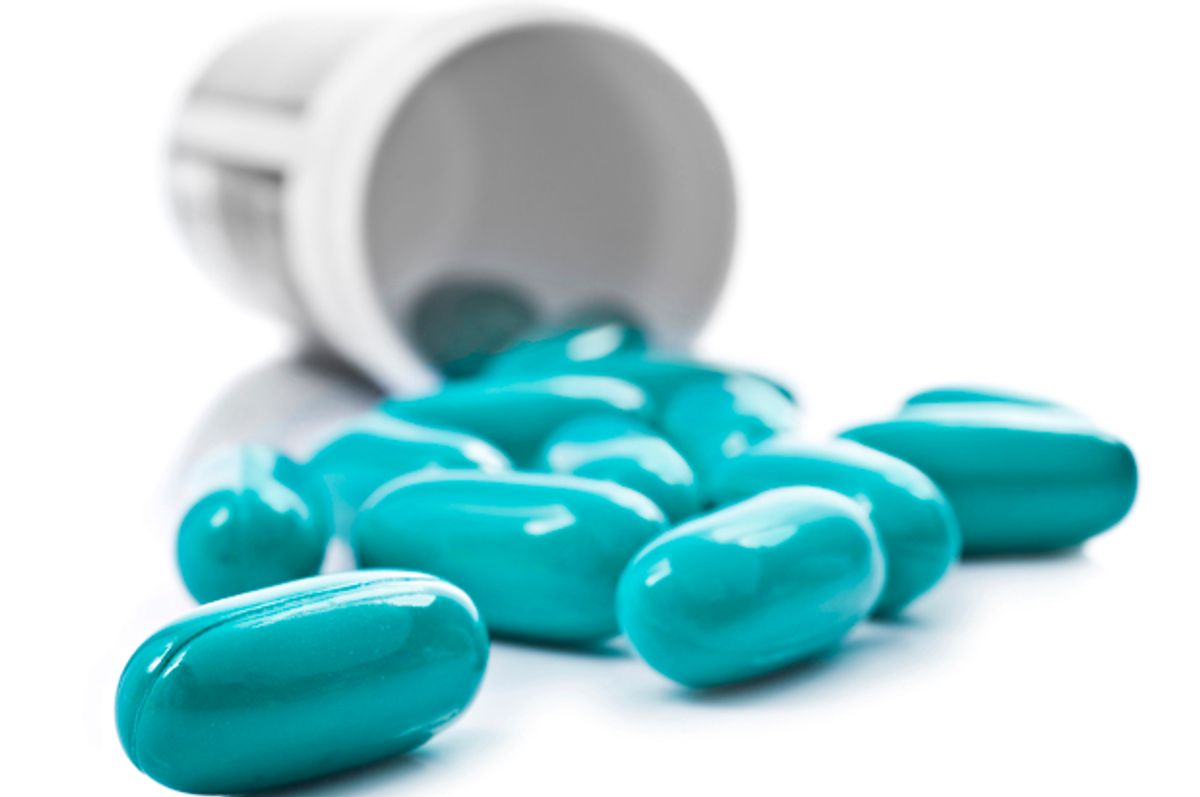 A few weeks after I'd had my first major cancer surgery, I sat in my oncologist's office and asked what I thought was a relatively commonplace post-op question. How, I wondered, should I safely dispose of my leftover Percoset? Should I give them to her? Should I crush them and throw them in the trash? She paused to consider my query and replied, "You know, no one's ever asked me that before." She's been a doctor for over 20 years, by the way.

I've been thinking about that exchange a lot lately. I thought about it this winter, when the White House proposed a staggering $1.1 billion in funding to combat America's epidemic of opioid and heroin abuse, and reported that "More Americans now die every year from drug overdoses than they do in motor vehicle crashes." I thought about it earlier this month, when it was officially confirmed that Prince could be added to that list of overdose deaths. And I've thought about it again this week, in the wake of a report from researchers from the Johns Hopkins Center for Mental Health and Addiction Policy Research and the Johns Hopkins Center for Injury Research and Policy that indicates that just like me, more than half of all patients prescribed opioids wind up with leftovers. But alarmingly, as UPI reports, "Many shared the drugs or failed to store them securely." Hm, I wonder if there's any correlation between all these stories?

The Johns Hopkins study surveyed more than 1,000 patients prescribed medications like OxyContin or Vicodin and found that nearly half of those people couldn't recall being told about safe storage or disposal. Only a third of those who remembered getting any of that information said they'd received it from a doctor or nurse, with the rest relying on their pharmacists or the drug package. Among those who kept the leftovers, 60 percent assumed they'd hang on to them for "future use." And of those who shared their medications with friends or family, "Nearly three-quarters said they gave their spare meds to someone they knew who also struggled with pain." That's an incredible amount of amateur drug dispensing.

I am fortunate that any time I've ever been prescribed opioids it's been for pain that is not chronic. I'm fortunate that the side effects have always been sufficiently unpleasant to make me eager to stop as soon as possible, even if I do also acutely recall the initial pang of heartbreak I felt in the hospital when they turned off my morphine drip.

I believe it's cruel when doctors unthinkingly treat patients like potential addicts and hand them Tylenol when they're clearly in severe distress. I will never forget the game-changing moment a nurse who saw me writhing in agony handed me two Percoset and told me, "You deserve to not suffer." Yet it's also obviously a major problem that too many doctors are too generous with the prescription pad, and are overlooking the crucial element of sensible dialogue with their patients. I don't know a single person who's in recovery for addiction or alcoholism who has had a doctor ever ask them if it's cool to prescribe them a potentially addictive medication. And I have friends who don't have substance abuse problems who nonetheless have a fond attachment to the pills they got after a surgery, pills that they're hanging on to for some future recreational occasion or imagined upcoming pain. And all of that can be ascribed to a glut of overprescription and under-communication.

How hard is it for doctors to take two minutes to ask about risk factors and outline safe disposal methods? How many lives could be saved with just that kind of investment of time? "These painkillers are much riskier than has been understood," says study leader Alene Kennedy-Hendricks. "And the volume of prescribing and use has contributed to an opioid epidemic in this country."