Duct-tape diapers, ineffective techniques, and the CIA's cover-ups at are detailed in a new batch of torture docs 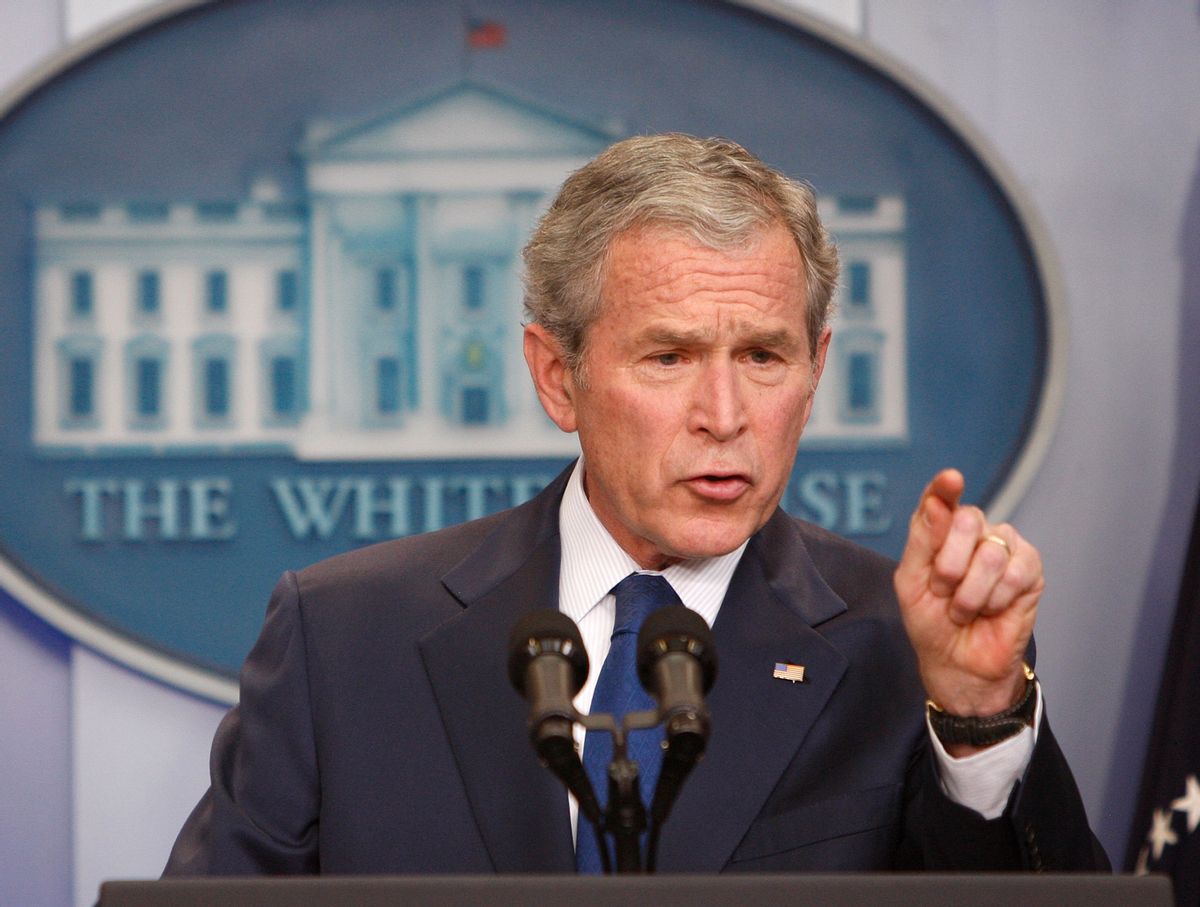 The CIA just released a cache of newly declassified documents relating to the since-discontinued program of “enhanced interrogation” it conducted at the behest of George W. Bush. They make for a bracing read, even if much of the information they contain was previously made public. But there are a few fresh details contained in the document dump, and they help strengthen the broadly accepted case that the Bush administration’s torture regime was both brutal, slipshod, and ineffective.

One of the documents released by the CIA is a January 2003 report detailing the circumstances surrounding the death of Gul Rahman, a detainee who was subjected to enhanced interrogation techniques while in CIA custody at a black site in Afghanistan. We already knew how Rahman died – hypothermia after he was chained overnight to the concrete floor of an uninsulated cell, half-naked and in frigid temperatures – but the report contains new details about the inhuman and degrading treatment detainees at the site were subjected to:

The document trove also contains a heavily redacted version of a report from the CIA’s Office of Medical Services (OMS) in which every page is blanked out except for one paragraph dealing with the waterboarding of Al Qaeda operative Abu Zubaydah, the first detainee to be subjected to “enhanced interrogation.” The CIA’s justifications for the program’s efficacy make the case that waterboarding was essential to getting Zubaydah to cooperate with interrogators and provide information. The OMS report (or, at least, the snippet the CIA made available) contradicts that assessment:

In practice, however, AZ’s cooperation did not correlate that well with his waterboard sessions. Only when questioning changed to subjects on which he had information (toward the end of waterboarding) was he forthcoming. A psychologist/interrogator later said that waterboard use had established that AS had no further information on imminent threats – a creative but circular justification. In retrospect OMS thought AZ probably reached the point of cooperation even prior to the August institution of “enhanced” measures – a development missed because of the narrow focus of the questioning. In any event, there was no evidence that the waterboard produced time-perishable information which otherwise would have been unobtainable.

There are also indicators that the CIA was concerned that the program wasn’t legal and would provoke negative global reactions if it were to be made public. Prior to Zubaydah’s “enhanced interrogation,” the CIA’s general counsel drafted a letter asking Attorney General John Ashcroft for “a formal declination of prosecution in advance, for any employees of the United States, as well as any other personnel acting on behalf of the United States, who may employ methods in the interrogation of Abu Zubaydah that otherwise might subject those individuals to prosecution” under federal laws banning torture.

A 2004 CIA inspector general report notes that the agency was “loath to send CIA detainees who have been exposed to EITs or to other sensitive information… to detention facilities where they would be available to the ICRC [the Red Cross].” Per the ACLU, which filed the Freedom of Information request that produced these documents, “CIA employees made clear that they wanted a guarantee that their victims would never — for the rest of their lives — have a chance to tell their stories.”

As for the government officials who authorized the program, we learned that they did express some concerns… about the optics. A heavily redacted memo from June 2006 notes that “the [CIA director] conveyed that the President was concerned about the image of a detainee, chained to the ceiling, clothed in a diaper, and forced to go to the bathroom on themselves.” A legitimate concern, to be sure, though it’s not clear what else Bush could have expected when he made torture the official policy of the United States.