The future king, the first royal to appear on the cover of a gay magazine, speaks out against bullying 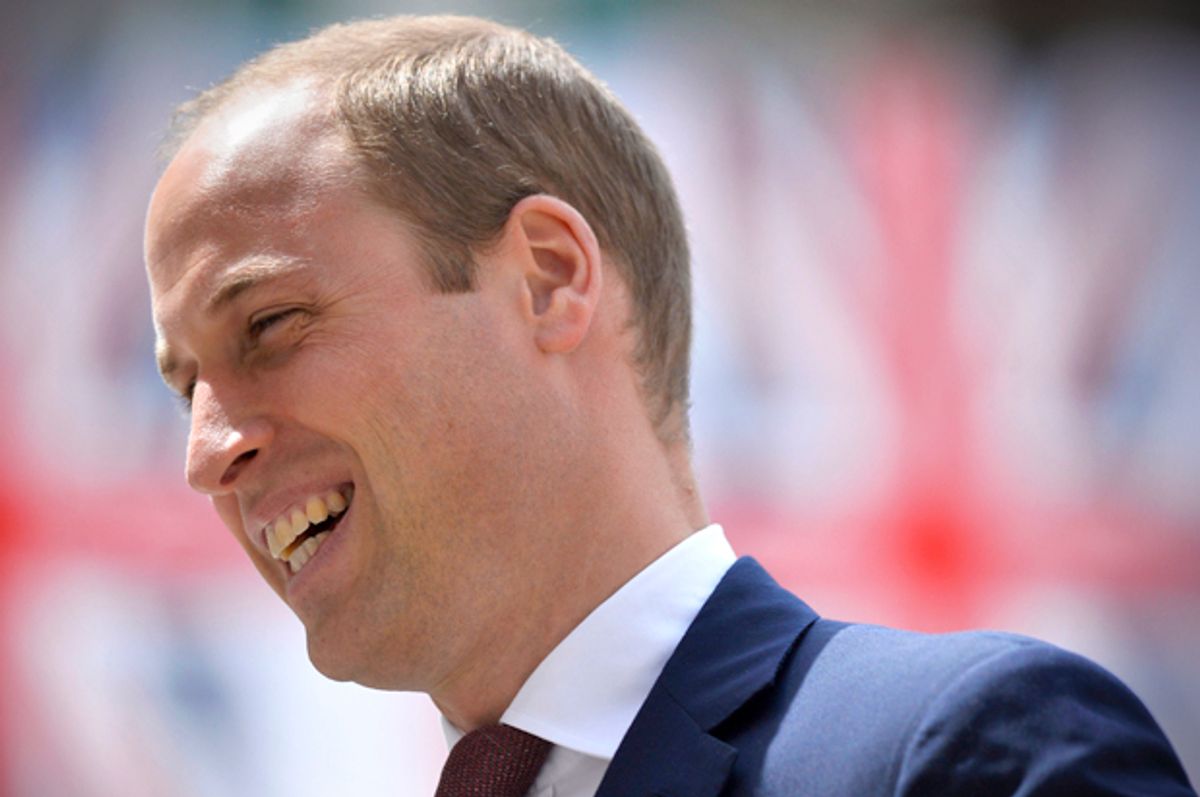 It should not, at this point in history, be radical or groundbreaking to say that all human beings are worthy of basic dignity and respect. And yet, here we are. Here we are in the aftermath of America's deadliest hate crime. Here we are in our country, where protections against discrimination are still being blocked by conservatives, where as Democracy Now chillingly tallies, 200 anti-LGBT bills have been introduced — in just the past six months alone. But the wheels of progress still turn. Case in point — the future king of England is currently gracing the cover of a gay magazine — to make an unambiguous show of support for the LGBT community and to speak out against bullying.

William's appearance in Attitude marks the first time a British royal has appeared on the cover of a gay magazine. In the image, the father of two looks relaxed and cheerful, next to a quote, "No one should be bullied for their sexuality or any other reason." The magazine says that it was William who initiated things, inviting Attitude last month "to bring members of the LGBT+ community to Kensington Palace to listen to their experience of bullying."

Editor Matthew Todd revealed that the group opened up to their future monarch about "the struggles they've dealt with, including suicide attempts, depression, drug addiction and eating disorders." In a statement, William said, "No one should have to put up with the kind of hate that these young people have endured in their lives. The young gay, lesbian and transgender individuals I met through Attitude are truly brave to speak out and to give hope to people who are going through terrible bullying right now. Their sense of strength and optimism should give us all encouragement to stand up to bullying wherever we see it."

A spokesman for the palace told CNN this week that "The Duke of Cambridge is working hard to support the fight against bullying and to help break the stigma around mental health. He has established a task force on the prevention of cyberbullying and along with the Duchess of Cambridge and Prince Harry is leading the Heads Together campaign on mental health and well-being." Earlier this week, William and his wife Kate signed a condolence book at the US Embassy in London for the victims of the weekend mass shooting in Orlando.

William's mother no doubt would have been proud — three decades ago, Princess Diana worked to remove the stigma and ignorance of the early AIDS crisis touching and shaking hands with patients at a time when infected individuals were often isolated and shunned. And his brother is no doubt supportive as well — in 2008, Prince Harry reportedly intervened and protected an army comrade from a homophobic attack.

Of course, on a normal planet we wouldn't need to state that no one should endure hatred for their orientation. Writing in the Guardian, Hannah Jane Parkinson observed, "I wish we didn’t need LGBT rights on the covers of magazines. I wish celebrities parading their non-prejudice wasn’t a thing. But prejudice and erasure and dismissal of LGBT people happens all the time." And having straight people — in particular straight people who have the eyes of the world upon them at all times — make it clear which side of history they want to stand on still matters. Attitude editor Matthew Todd says, "I am very happy that the future King of the United Kingdom agrees this must stop and I would urge parents in particular to raise their voices in their communities to ensure that every school protects -- really protects -- all children."