Son of Sam pleads his case for parole: "I’ve done a lot of good and positive things" 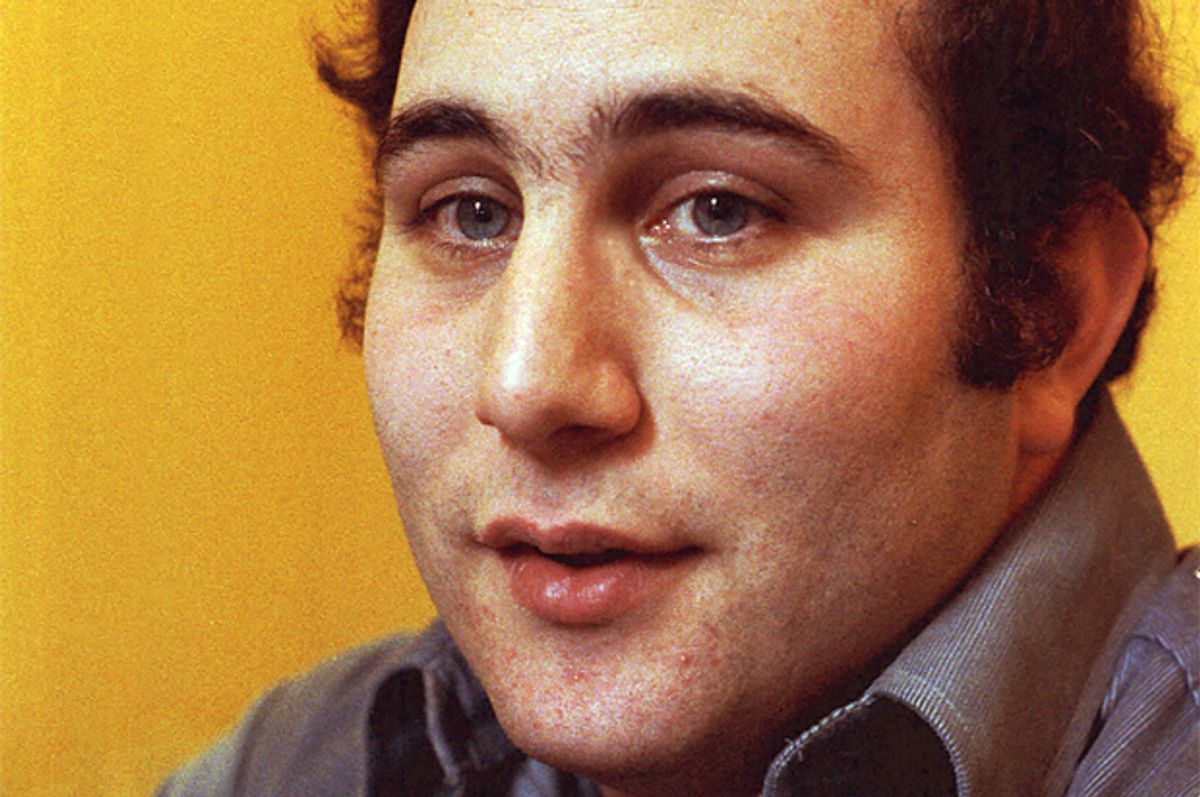 A 63 year-old man looks back on his life and work and achievements and says with pride. "I’ve really done wonderful," he says. "I was constantly putting myself out there to help other individuals, with kindness and compassion. I mean, I feel that’s my life’s calling, all these years. My evaluations, and so forth, should show that to be true. I’ve done a lot of good and positive things, and I thank God for that." Interesting perspective there, coming as it does from one of America's most notorious serial killers. But you do you, David Berkowitz.

Between 1976 and 1977, as he terrorized New York City during a rampage that left six people murdered,Berkowitz was known by the name he taunted police with — the Son of Sam. Back then, as he racked up a total of 13 either dead or wounded shooting victims in his wake, he took pride in his accomplishments too. As he bragged, in a letter to the Daily News, "I love my work." That came to an end when he was caught in August of 1977. He confessed, and was sentenced to six sentences of 25 years to life. At the time, Justice Tsoucalas said, "As is obvious by the sentences of this court, it is the object of this court that the defendant be incarcerated for the rest of his natural life."

The horror of his crimes and the severity of his sentence means that is likely exactly how David Berkowitz's story will play out. But his "25 to life" sentence also means that he now routinely comes up for parole. Four years ago, in an interview with the Daily News, the man once dubbed the .44 Caliber Killer spoke out against gangs and gun violence and said that while he tries not to dwell on his actions, "I continue to pray for the victims of my crimes. I do wish them the best in life. But I’m sure the pain will never end for them. I regret that." And he said that he would not seek parole, deeming that the "proper road to take" out of respect for his victims and their families. Yet in 2015, he told the prison board he thinks about life past prison, saying, "Of course there would be a lot of restrictions, and so forth. But I would actually be very, very involved with ministry," and adding, "I spoke to God and I told him how sorry I am."

Now, the New York Post reports of his latest parole hearing, last month, revealing that the former postal worker refers to his past deeds as a "terrible tragedy" and that he says, "I feel I am no risk, whatsoever." Right, but when you've also said that you were killing people because you were under demonic influence, there's a lot about that entire situation that's going to be permanently damaging to your credibility. His attorney, meanwhile, calls him "wonderful model prisoner."

Berkowitz says that now, "For many years I have worked as… just like a caregiver. I have a heart for helping and reaching out to inmates, offenders, who have psychiatric problems, who have a lot of depression, and things like that… so, I feel that’s my calling in life." And he says he knows some "outstanding members of society" who could help him get on his feet on the outside. Yet even with all that apparently going for him, he recognizes that "The crimes were so serious and the damage so severe, and so many people I’m sure are still hurting and grieving, that, realistically, something like parole, in my situation, would be very unusual."

Berkowitz's plea has been predictably turned down. He can try again in two years. If he's used the past four decades to learn and to atone, that's fine. But if he meant what he said earlier about being respectful to his victims, he'll recognize that his "life's calling" involves staying exactly where he is, until the day he dies.