Cameron Crowe's living soundtrack: "For my scenes, he would do a Bob Dylan song or an Elvis Costello song" 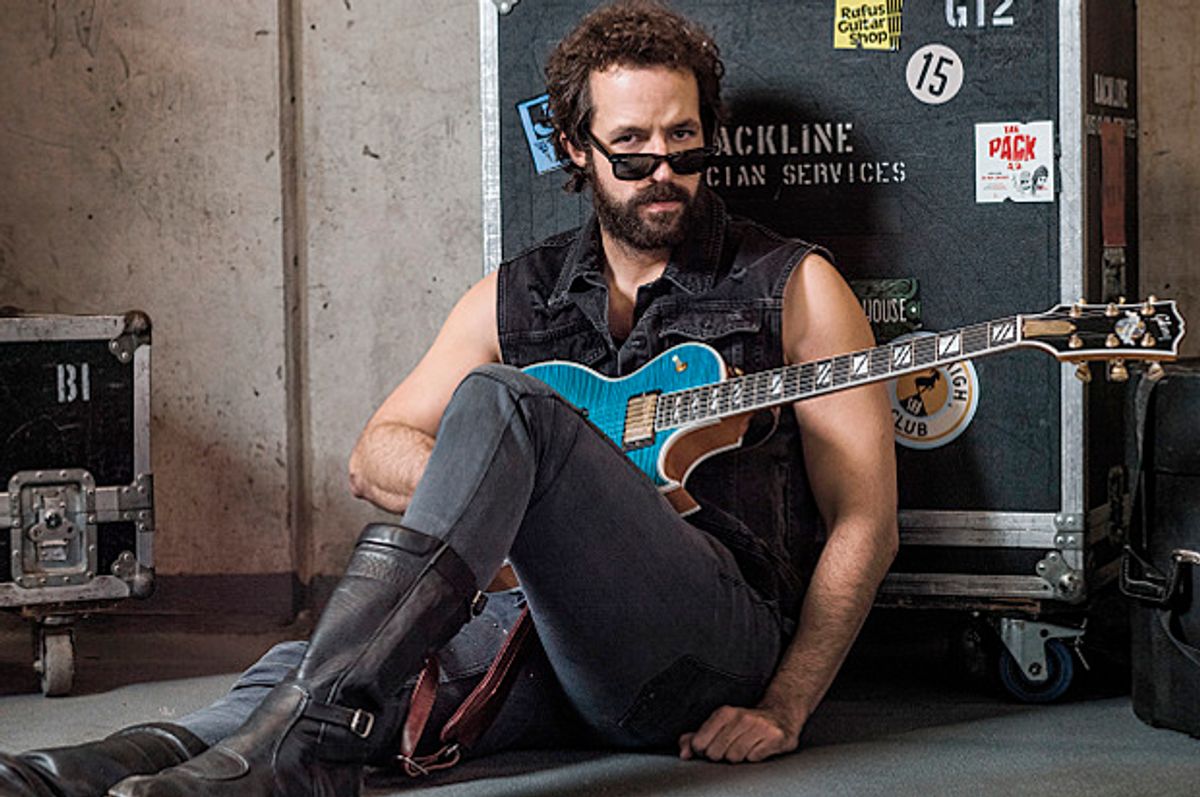 Shows set in the music industry can hit you in a visceral, vulnerable place.

Jussie Smollett on “Empire” and Connie Britton on “Nashville” have added layers to their characters in performance scenes that you just can’t get any other way. Even in shows that aren’t musicals, the right song over the right scene — like the “Devil Town” montage on “Friday Night Lights” and Sia’s “Breathe Me” in the “Six Feet Under” finale — can evoke an emotional response than a classical score can’t touch.

(I could go on. Don Draper buying the world a Coke was one of the best series endings in TV history. Jim and Pam’s “Forever” wedding montage reduces me to mush in a good way, and the “Hallelujah” scene on “The West Wing” just reduces me to mush. Also, if Coldplay’s “Lost” doesn’t do something for you when that helicopter takes off on “Ugly Betty,” you’re dead to me.)

You know who likes a good musical cue? Cameron Crowe.

The boombox scene in “Say Anything” is one of the most famous in film history, and it’s no coincidence that his better films — “Singles,” “Jerry Maguire,” “Almost Famous,” “Vanilla Sky” — are the ones with the best use of music. In Crowe and J.J Abrams’s new series “Roadies,” which premieres Sunday night on Showtime, there’s one of those scenes.

Imogen Poots, who plays an aspiring documentary maker and one of the roadies, is making a compilation of film characters running — like Tom Hanks in “Forrest Gump” and Cary Grant in “North by Northwest.” Crowe intercuts that footage into a pivotal scene late in Sunday’s premiere episode with Pearl Jam’s “Given to Fly” crescendoing over it.

Peter Cambor, who co-stars in “Roadies,” sat down with Salon to talk about the role music plays in the series, working with Cameron Crowe, and working on his British accent.

When you don’t have a beard, you’re a dead ringer for B.J. Novak. Have you ever heard that?

My facial structure spawns a lot of comparisons. When I was younger and a little more dashing, I would hear Ben Affleck, Paul Rudd and sometimes Jason Segel. I’ve never heard B.J. Novak, but I’ll take it. He’s a handsome, funny guy!

You have a huge beard on “Roadies.” Was that yours, or did you need a fake to be able to do other work while you were shooting?

The beard got cast before I did. Cameron always had that in mind for Milo. I got the part beardless, and then Cameron said, “Do you mind growing a beard?” I don’t think I’ve ever had a beard for this long and it’s a big lumberjack beard, so I get some looks now when I go audition for other parts.

Your character on “Roadies” is the guitar tech, which is stereotypically the blue-collar, burnout, loner type. Are you inverting that? Playing with parts of that?

The term “roadies” is from a bygone era. They’re called “techs” now. They’re still eccentrics, but they’re thoughtful, intelligent people. A lot of the techs I’ve met have a mastery of the instrument that’s pretty phenomenal. One of our technical advisors can take apart a soundboard, a pedal, a guitar, a bass — they’re like the guys on “Car Talk.”

Did the casting notice say you had to know how to play guitar?

It didn’t, but it helps. I was in “Wedding Band” a few years ago on TBS, and it’s been helpful over and over in my career.

Bad Robot, which is one of the show’s producers, has a reputation for being secretive about scripts. Did you get to see the full script of the pilot before you auditioned?

I did. That is true that they’re pretty secretive, but everyone is so secretive now. The internet has changed things so much. Actors used to get physical scripts, and now they’re all watermarked. There’s something kind of great about that, though. On a show like this with a topic that’s never been done, you really don’t know what’s going to happen as they season unfolds.

My attitude about spoilers has changed a lot over the last few years. If you’re online a lot, you’re going to see things. I’m not watching now to be surprised as much to see things happen.

Here’s my feeling about spoilers: It’s a great way to temper your internet usage. If it’s something you really don’t want to know about like a “Game of Thrones” episode or “Penny Dreadful,” which I really liked, you have to purposefully not scour the internet. I like the notion of binge-watching, but I hate it when I find out about something.

In your last four shows you’ve hit the four big TV platforms. You did “Wedding Band” for cable, “NCIS: L.A” for network, “Grace and Frankie” for streaming, and “Roadies” for premium cable. Have those shows all felt like they were made for their platforms?

There’s so many levels to that. I moved to Los Angeles in 2006, and the way we consume media has changed so much. I did a show on ABC [“Notes From the Underbelly”] that was on for two seasons, and it was the old, old style. You tune in on a certain night, and you watch it. Six million people a week watched that show, and it did a 2.6, 2.7 in the 18-49 demo. Today, that would be a monster hit.

In the pilot-season format, you pick up a bunch of shows and see what works. Shows for Netflix and Showtime spend a great deal of time in development. The networks know that these shows take time. They have to blossom into what they’re going to be. Cameron and J.J. started talking about this project eight or nine years ago, so they’ve spent a lot of time on this.

You have a fake British accent on the show that everyone seems to know is not real, which I’m sure they show will explore. Did you try to learn a good British accent?

When I auditioned for the part, the idea was that it would be the way people like Madonna have taken on a British accent in the past. Milo’s backstory is that he had been on tour with Elvis Costello and is someone who has aspirations to be out there performing himself. He’s a chameleon who takes on personas. For me, I had to really try, like “I’m British now.” I really worked on it to try and make it as real as possible knowing that it would be just OK.

This morning, I heard Peter Kafka’s interview with Malcolm Gladwell, who has a new podcast series. Gladwell said in the context of podcasts that our eyes are rational but that our ears are emotional. Does that explain how music on a TV series hits you in a different place than plot and characters?

I love Malcolm Gladwell, and I’m a big podcast fan. That makes a lot of sense. If you watch any Cameron Crowe film, you see what an amazing soundtrack he brings. He creates iconic moments — Jerry Maguire driving down the highway to “Free Falling” or “Tiny Dancer” in “Almost Famous.”

When Cameron is directing, he plays music between takes. Depending on what the scene is, he’s have a particular song. He’ll have a song that’s in tune with the scene we’re shooting. For my scenes, he would do a Bob Dylan song or an Elvis Costello song or some obscure Jeff Tweedy cut. He’s putting that into the fabric of the show. The music is ingrained in that.

There’s a montage late in the pilot episode that’s tracked to Pearl Jam’s “Given to Fly.”

I know Cameron Crowe is a big Pearl Jam fan. Is that who the band in “Roadies” is based on?

The band is like Stillwater from “Almost Famous.” It’s an amalgam of a lot of bands, and Pearl Jam is definitely part of that. One of our advisors was with Pearl Jam for a long time. Cameron has described it as being The National, My Morning Jacket, Pearl Jam — indie bands that can sell a place out. In this weird place that the music is in now, you make money by touring and not by selling albums. It’s a brave new world, and the band on the show is confronting that reality.