Dressing Leslie Jones is a privilege: Designers, it's your loss if you pass her up 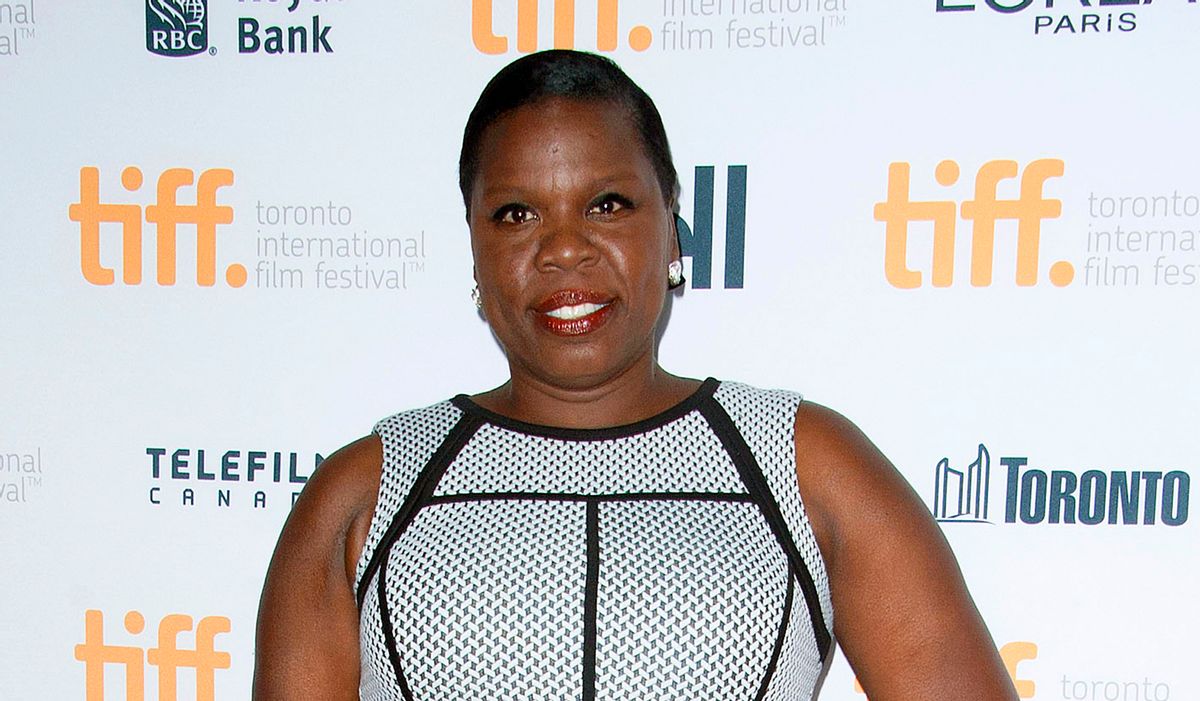 FILE - In this Sept. 6, 2014, file photo, actress Leslie Jones poses at the "Top Five" premiere at the Princess of Wales Theatre during the Toronto International Film Festival in Toronto. Jones, of the upcoming all-female version of "Ghostbusters," took to Twitter to defend her role as a member of the paranormal-fighting group who appears in footage released this week to be an employee of the Metropolitan Transportation Authority. (Photo by Arthur Mola/Invision/AP, File) (Arthur Mola/invision/ap)
--

The next time you're having a dressing room altercation with a pair of jeans — maybe ones with the confrontational designation "toothpick" — or a dress that makes you want to cry and go into permanent Snuggie® Blanket sartorial mode, take comfort in the fact that you are not alone. You could be famous, stunning, and the star of a surefire summer blockbuster and still have a ridiculous time finding something to wear. By the way, have you met Leslie Jones?

The "Saturday Night Live" cast member is one of the stars of the new "Ghostbusters" — maybe you've heard of it? On Tuesday, Jones tweeted out, "It's so funny how there are no designers wanting to help me with a premiere dress for movie. Hmmm that will change and I remember everything." It immediately set of a torrent of responses — including the inevitable garbage from trolls that Jones conspicuously blocked — as well as an eager wave from designer and former "Project Runway" winner Christian Siriano.

It didn't take long for Jones to reply with a hearty "YAAAAAASSSSSS" to Siriano, and get an offer from Hearts on Fire jewelry as well, saying, "We would love to help you with jewelry! Let us know if you need some sparkle for the premier!" As Jones later observed to her followers, "Hmm what a difference a tweet makes. Should I name the designers that didn't look out? Put y'all ass on blast. You will not get my love later." And Siriano tells Time, "I love Leslie and can’t wait to make her something fabulous to wear. I dress and support women of all ages and sizes."

Not everyone in industry apparently shares Siriano's generosity or eagerness. On Wednesday, Pret-a-Reporter's Booth Moore ran a story under the butt-covering headline, "LESLIE JONES FASHION EMERGENCY NOT DESIGNERS' FAULT, STYLISTS SAY." Oh good, because I was waiting for the professional blame angle.

In the opinion of "power stylist" Jeanne Yang, the issue was "pure economics… People have this belief that showrooms and designers have racks and racks of clothing in all sizes. They don’t…. No one ever does a variety of sizes. No one has those resources, even the biggest designers don’t." And stylist Jessica Paster, who benevolently describes her client Nia Vardalos as "not sample size," says, "This is nobody’s fault except Leslie’s. She should have known four to five months ago the date of premiere, and said, ‘I’m not a sample size, I need to go to designers early or buy myself a dress.’ Don’t be blaming designers and saying they don’t like you."

Jones then responded to the story with a terse "ALWAYS ONE ASSHOLE THAT DONT KNOW MY BUSINESS." And to a follower who countered that her "Publicist and management should have secured this early," Jones shot back that "You dint know what you're talk by about. They have been asking for months to many. Nobody wanted to."

Jones is not some willowy teen. She's a six-foot tall, 49-year-old woman. And her frustration sure sounds familiar — a few years ago, her "Ghostbusters" costar Melissa McCarthy told Redbook, "Two Oscars ago, I couldn’t find anybody to do a dress for me. I asked five or six designers — very high-level ones who make lots of dresses for people — and they all said no."

That's Emmy-winning, Oscar-nominated, reliable box office gold Melissa McCarthy, by the way. So she went and created her own fashion line.

The costs of creating a red carpet-ready outfit are no doubt pretty staggering, and the investment designers make in their clients is a considerable one. But Christian Siriano can somehow figure out how to make clothes for women who look like Maddie Ziegler and women who look like Leslie Jones, so it seems like it can be done. Because that's the beauty of someone doing his craft efficiently, right? And as he says, "It shouldn't be exceptional to work with brilliant people just because they're not sample size. Congrats aren't in order, a change is."