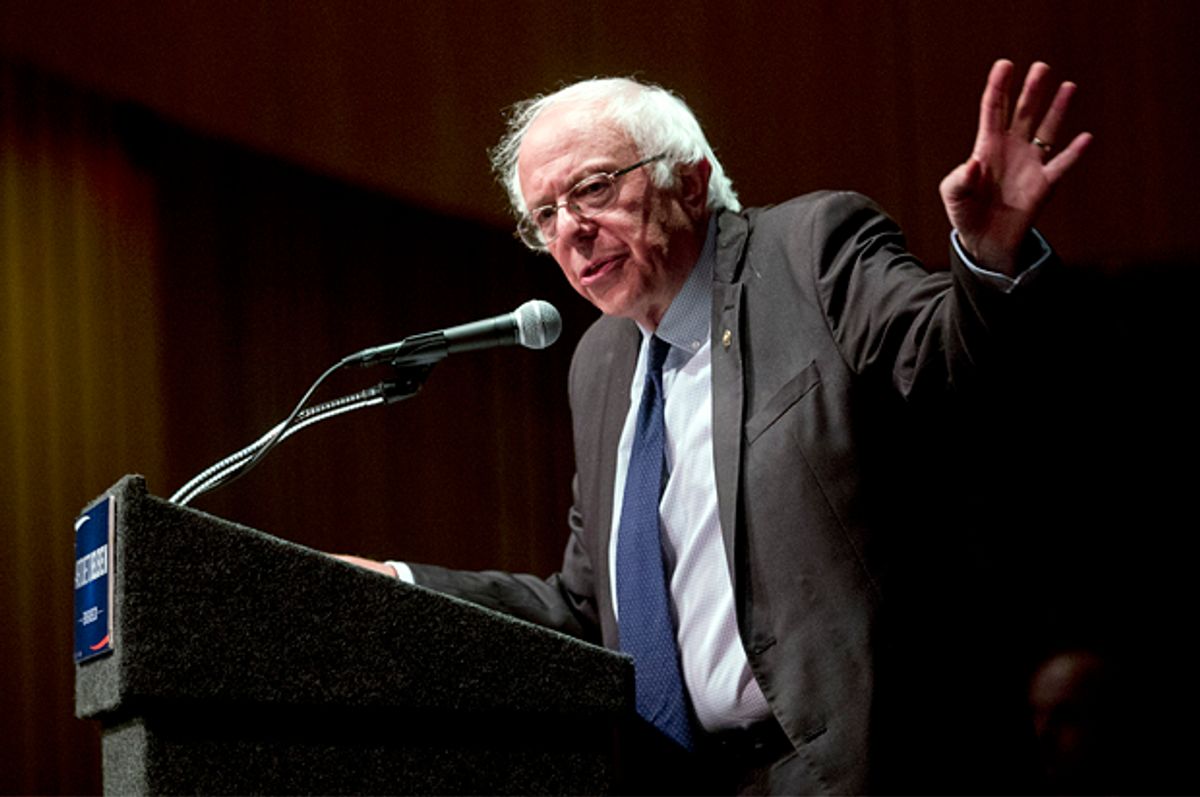 If Bernie Sanders supporters can learn anything from Brexit, it is that the English-speaking world is in the mood for a certain type of right-wing populism. On one side of the pond, the anti-immigrant and anti-free trade sentiment that swept the United Kingdom prompted that nation to vote for a historic exit from the European Union. In the United States, this phenomenon has manifested itself in the historic presidential candidacy of Donald Trump, who as I’ve explained before is the most anti-free trade major party candidate since Herbert Hoover.

It’s easy to see how, being swept up in all this sentiment, we can forget the core difference between presumptive Democratic nominee Hillary Clinton and her Republican counterpart. While Trump may be effective at using a certain type of populist rhetoric, his economic plans would ultimately favor the wealthy. Clinton, though not as far to the left as Sanders, is pushing for policies that would benefit ordinary Americans.

Before delving into these differences, though, it is important to first explain where Clinton and Trump are the same. When the 2016 campaign started, Clinton had not taken a firm stance on the Trans-Pacific Partnership, but since then she has made it clear that she will oppose the agreement and would bar low-priced imports by creating a chief trade prosecutor and increasing the number of trade enforcement officers. While Trump has tried to claim that she initially supported the deal and only switched positions because of him, Clinton’s position is actually consistent with what she wrote in her memoir "Hard Choices," where she explained that because TPP was still under negotiation “it makes sense to reserve judgment until we can evaluate the final proposed agreement.”

Now that the TPP has been finalized, both of the major presidential candidates have gone on record opposing it - which, as Sanders supporters should already know, is the same position taken by the Vermont Senator. So where do Clinton and Trump differ?

We can start with their tax proposals. As Fortune Magazine explains, the centerpiece of Trump’s tax plan is to replace America’s seven tax rates with three: A top rate of 25 percent (down from 39.6 percent) and two additional rates of 20 percent and 10 percent. In addition to this, Trump would eliminate the tax on large estates and cap dividends and capital gains taxes at 20 percent. All of these policies would benefit wealthier Americans and would most likely force the government to take money away from programs which help the working class - in effect, redistributing wealth from the poor to the rich. Clinton, on the other hand, would increase taxes on wealthier Americans, including increasing the top bracket to 43.6 percent by adding a 4 percent tax surcharge on incomes in excess of $5 million, establishing a minimum 30 percent income tax on individuals earning in excess of $1 million, closing tax loopholes frequently exploited by the wealthy, and increasing the estate tax.

Clinton and Trump also differ on the minimum wage -- in large part because Trump, not Clinton, has flip-flopped on this issue. Although Trump used to insist that wages in America were “too high” compared to other countries (!!!), he now says he is “open” to doing something about the hourly rate, although he has failed to specify what. While Clinton’s support for a $12 minimum wage may not go as far as Sanders’ $15 proposal, it is certainly a vast improvement from Trump’s ambiguousness here. What’s more, unlike Trump, Clinton has offered specific proposals to guarantee family leave (12 weeks of paid family leave and 12 weeks of medical leave), break up the big Wall Street banks, and put an “end to the era of mass incarceration” -- all economic issues that directly harm low-income Americans, and which Trump has either barely addressed or not at all.

The point here isn’t that Clinton is an ideal candidate; as Sanders demonstrated with his campaign, the Democratic Party establishment is deeply flawed, so naturally any politician produced by that system will share its weaknesses. Nevertheless, there is a clear and undeniable difference between Clinton and Trump on the major economic issues facing this country. Each and every time the two candidates part ways, it is because Trump has aligned his policies with those of the wealthy classes of which he is such a conspicuous part. Clinton, for all of her faults, has offered proposals that would demonstrably improve the lives of working class Americans. These are important differences - so much so that, if Sanders supporters are smart, they’ll make sure they define this election.

This doesn’t mean that they will, though. As the Brexit vote revealed, many on the left are allowing themselves to be co-opted by right-wing populists’ use of issues like immigration (where Clinton doesn’t support bigotry and Trump does) and free trade (where the two candidates are the same). If we don’t learn from the mistakes of our British counterparts, the consequences of this oversight may be dire.