Social democracy and the dignity of work: The U.S. must learn from Scandinavian "utopias" for Bernie's revolution to move forward

Sweden and Denmark provide the roadmap for the U.S. and progressives in how to treat workers 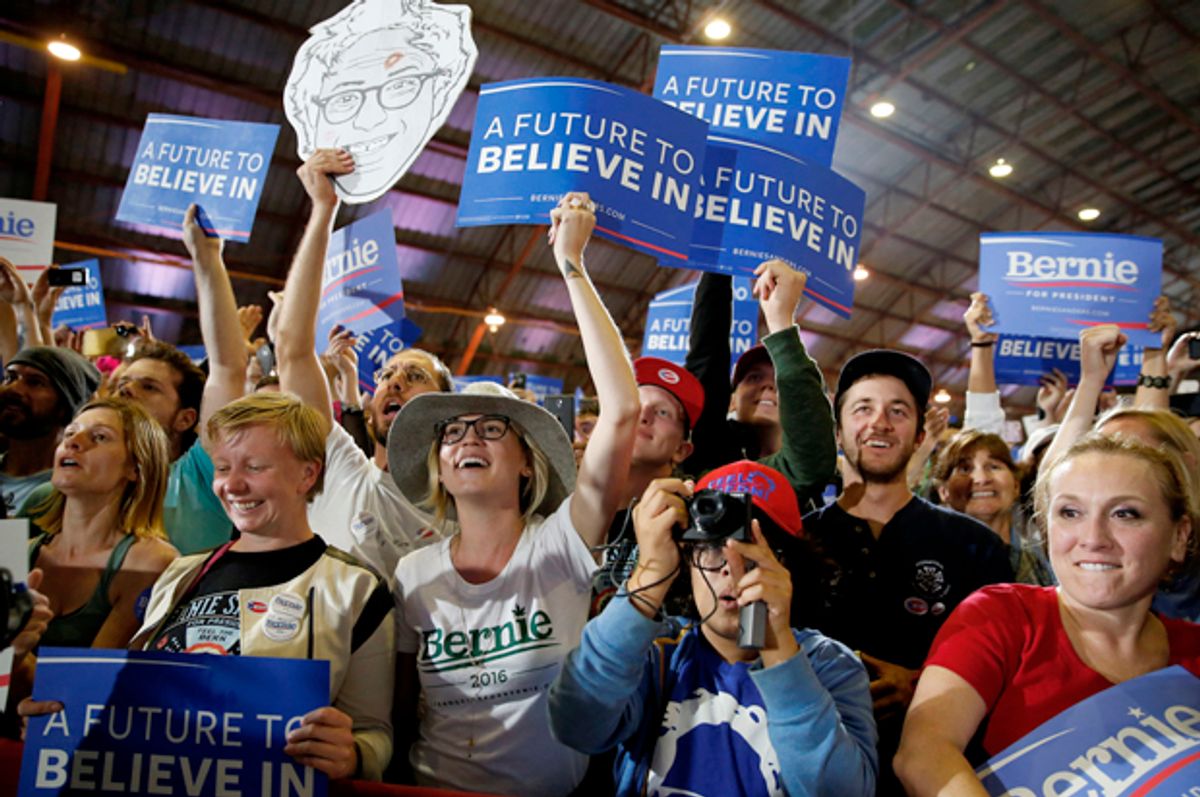 I have been to the place of Bernie Sanders’ utopian dreams. I have seen social democracy in action. I just completed a vacation in Sweden and Denmark, two countries that achieved an unusual prominence in Democratic primary debates this year.

Obviously you can only learn so much about a country while on vacation, in between sightseeing and binge-eating herring. I spent most of my time in the biggest cities, which don’t necessarily correspond to the typical Nordic experience. But what I took away from brief glimpses of everyday life in Scandinavia is that they exhibit a culture of respect for the dignity of work, which completely drives the policies that facilitate it.

Americans, if they think about Scandinavia at all, tend to focus on the high-tax, high-service social welfare model. And when you’re spending $30 on a shish kebab and rice in central Copenhagen because of the value-added taxes, you can think that way, and naturally conclude that such a setup could never work here, because of the  stronger foothold of anti-tax forces.

But societies make choices at a more elemental level. You understand more about Sweden by seeing men with strollers in Stockholm neighborhoods at 2:00 in the afternoon than by reading any white papers on social spending. Those men have an expectation of work/family balance that allows them to bond with their offspring and be an equal partner in child-rearing. The policy comes after that expectation takes hold in the public consciousness.

Indeed, Sweden has the most generous parental leave policy in the world. Families receive 480 days off at 80 percent of their wages, which can be split between mother and father (and 60 days must be specifically allocated to the father). Sweden and Denmark also offer a “universal child benefit” to families with children, virtually eliminating child poverty. You see that pro-family policy manifested in the streets as you dodge young couples pushing prams. High-quality day care is subsidized by the state as well, in case both parents want to continue working. This lets Swedish and Danish families pick their preferred path, one that’s typically forced by circumstance in America.

In Denmark, the most obvious manifestation of the culture preceding the policy is at the Workers’ Museum, five stories of exhibits retelling over a century of Danish labor history. It’s exactly like all the Workers Museums in the United States. Oh wait, there aren’t any.

The museum includes the original Assembly Hall, meeting place for the labor movement since 1879. It shows how work in Denmark has changed from the 19th century to today, and it features organizers who agitated for better working conditions; the banner “8 Timers Arbedje, 8 Timers Frihed, 8 Timers Huile” (“8 hours work, 8 hours freedom, 8 hours rest”) is prominent. But it also includes precise reconstructions of working-class life off the job, from a typical tenement house in the early 1900s to street life in the 1950s. The point is to never forget where Danish workers came from and the battles they waged. And there were displays of modern sweatshops in places like Honduras, linking the struggles of the past to the continuing fight for workers’ rights in the future. When we were there, schoolchildren on a field trip were taking the same tour; this was actually part of their educational menu.

Once you see the society-wide belief in what workers deserve, you recognize why they must have generous services to actualize this vision. World-class infrastructure is a pro-worker policy. The average Dane can choose between 24-hour subways running every four minutes, buses with dedicated lanes and turning arrows, well-kept and prompt trains, or wide bike lanes on every major street. They have options to get to work beyond soul-deadening waits in traffic. That makes them more productive and more available to spend time with families away from work.

Tuition-free higher education gives people choices for their field of study. Universal health care programs ensure they don’t go broke if they get sick. Union density of between 67 and 70 percent make some labor market regulations, like the minimum wage, irrelevant, because fair wages are bargained and even non-union workers have leverage. These policies fit into a coherent whole, where everyone understands that they collectively pay for services that give them the freedom to make choices about their lives.

Every single receipt in Denmark and Sweden breaks down the percentage of payment that goes to taxes. And the public also sees what they get in return. Central Copenhagen is engaged in a 3-year construction effort to build more subway lines. In Kongens Nytorv, one of the city’s main squares, people are invited to step onto a riser and watch the construction in progress. Connected to the riser are reams of information about the cost of the operation, and how it will impact individual commutes. All cities try to tout their local improvement projects, but perhaps only in Denmark are you invited to watch workers working, and receive a direct cost-benefit breakdown of their labor.

These countries are not without problems. Stockholm has a significant housing affordability crisis; an entire exhibit at the architecture and design museum wrestled with this. (That was considered museum entertainment!) Denmark’s center-right government has rolled back some welfare policies and engaged in a shockingly brazen effort to staunch the flow of immigrants, including a terrible policy to confiscate property of any immigrant above a certain level to pay for their services. I saw criticism of government policies in both countries – and the evening Ramadan feast prepared for needy Muslim families in front of Copenhagen’s city hall reflected a quiet demand for their own respect.

But just because a foreign country hasn’t achieved public policy perfection, that doesn’t mean we have nothing to gain from them. With Scandinavia, we can stand to adopt some of this more reverent attitude toward workers, which current policies don’t reflect at all. We stick workers in traffic, force them into tough jobs for low pay without opportunities for collective bargaining, and don’t give them the economic liberty they need to custom-design their lives. Before Bernie’s political revolution takes off and we experience true social democracy in the United States, we must create a consensus that we all deserve better for our contributions to society. The policies come later; the respect comes first.