Mick Jagger's having a baby again, because he's Mick Jagger 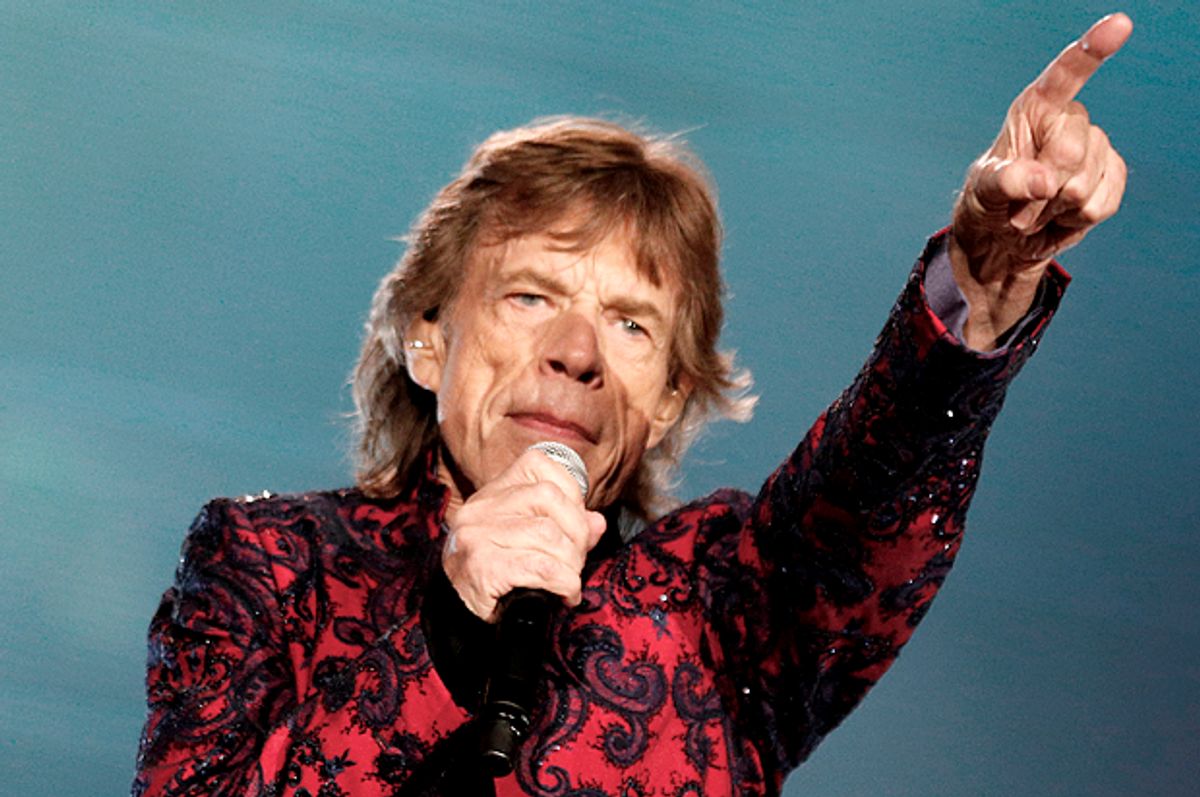 At a moment in life when men of lesser stamina would be content with a little fishing, a little yelling at the TV news, Jagger is about to become a father for the eighth time, with his 29-year-old American girlfriend of two years, ballet dancer Melanie Hamrick. The Rolling Stones' frontman's representatives confirmed the news Friday — mere weeks after his bandmate Ronnie Wood welcomed twin daughters with his wife Sally Humphreys. Wood, perhaps hinting of things to come, told reporters last month that "Mick popped in on the third day. He couldn’t wait to see them."

After breaking the news, the British tabloid The Sun quoted a source close to Jagger and Hamrick saying they are "surprised and happy" about the new addition to the family. Jagger does indeed seem to be a guy untroubled by a little pregnancy here and there. As The Guardian breaks it down via a handy chart, as of this new kid, Jagger will now have reproduced with five different women over a span of five decades. He is a grandfather and a great-grandfather. And sure, it must be interesting for Jagger's middle children with his ex-wife Jerry Hall to welcome, in the same year, a new stepfather in the form of 85-year-old Rupert Murdoch and a new baby sibling to boot. But that family is probably pretty used to some unconventional holiday dinners by now.

Yet naturally, the thought of a senior citizen continuing his streak of impregnating the ladies made for ripe late-week punchlines. Ricky Gervais went for the obvious, saying, "Soon, Mick Jagger will be buying nappies for two." And writer Claire Zulkey advised, "Tip to Mick Jagger: it is natural for older kids to regress when a new baby arrives. Your 45 year old may act like a 40 year old for awhile." But elsewhere, the observations were less lighthearted. Over on The Guardian, over a thousand commenters have already weighed in, many concerned over how "incredibly selfish" it is to "virtually guarantee that the child will lose its father at an early age." And over at the exponentially more horrible Sun, the commenters have far more vitriol for the "gold digging trollop" and "nasty, money grubbing skank" Hamrick, aka the mother-to-be.

Is it possible the couple were genuinely "surprised" by the bun in the oven? Did they just, despite an age gap that would be improbable, to say the least, were it not between a rich and famous man and an attractive young woman, decide to go for it? Did they think it through and figure, yes, this child will only know a father who's an old man, will perhaps not have much time with him, but what the hey? Then what the hey it is.

Jagger — and his apparently equally potent bandmates — are not like the rest of us mortals. They are wrinkled and slower moving than they were, oh, FIFTY YEARS AGO, but they are also still making music and traveling and having fun and having baby-making sex. Look at any recent clip of Jagger performing; the guy still looks like he's having a total blast. Not a bad way to spend one's golden years if one can. And you can laugh at the notion of a great-grandfather starting a new family, or you can just say, congratulations. Because that kid is coming into one hell of an interesting family.