The dark, fearful vision laid out by the Republican presidential nominee represents a nadir for our politics 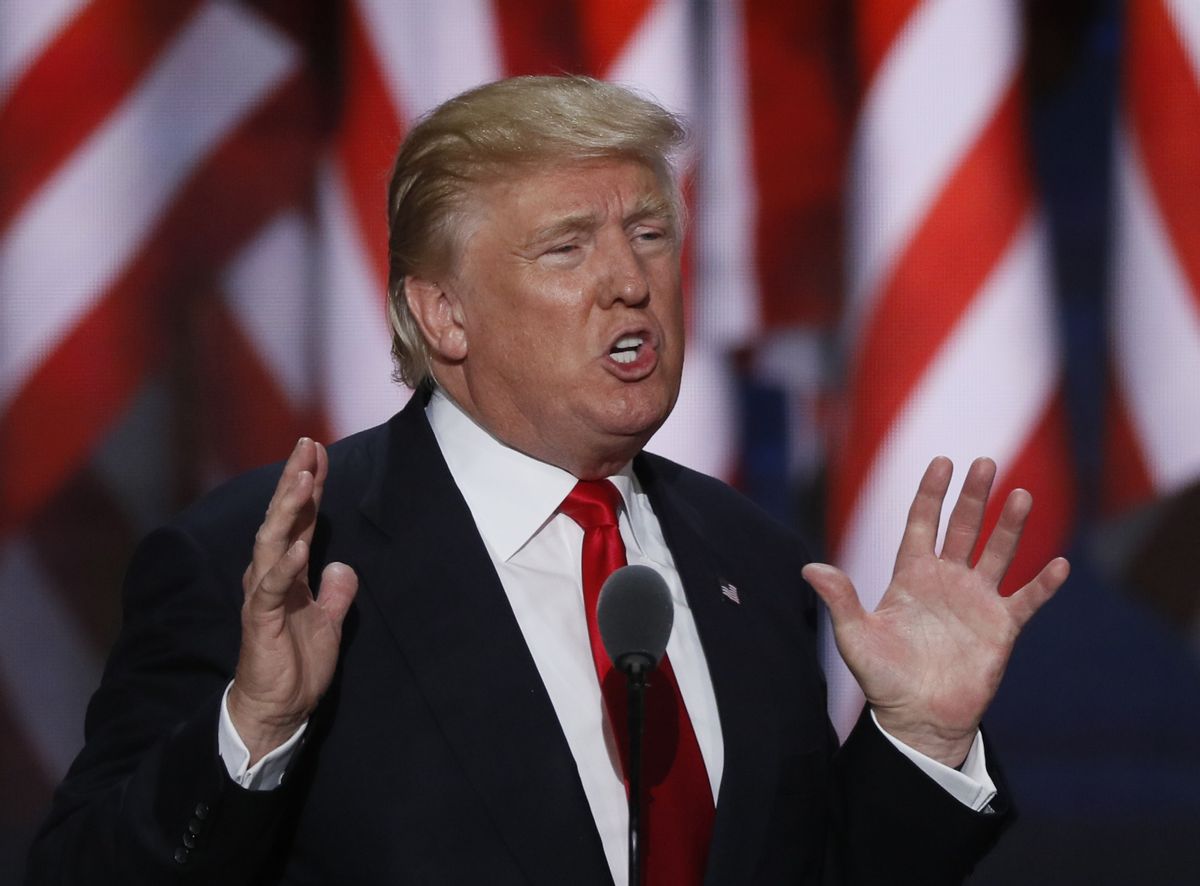 Early on in Donald Trump’s speech accepting the Republican presidential nomination, he made an explicit promise to end violence in the United States of America. Per Trump, all violence, in all of America, will be done once he is installed as our 45th president. “I have a message for all of you,” he said, “the crime and violence that today afflicts our nation will soon – and I mean very soon – come to an end. Beginning on January 20th of 2017, safety will be restored.”

What can you even say in response to this? Here we are, it’s 2016, and the duly elected presidential nominee of one of the two major parties in our political system stood up before the entire nation and told us that he will eliminate the societal phenomena of crime and violence. Obviously he didn’t explain how he was going to do this – the closest he came was a pledge to “work with, and appoint, the best prosecutors and law enforcement officials in the country to get the job properly done.” The job will be done because Donald Trump is the one doing it. It’s one of the hallmarks of Trumpism: an impossibility made possible by the magical potency of the strongman at the top of the ticket.

From whence derives all this criminality and violence that Donald Trump will eradicate from our daily lives? Immigrants, primarily, according to the Republican Party’s presidential nominee. “They are being released by the tens of thousands into our communities with no regard for the impact on public safety or resources,” Trump warned. He ticked off examples of Americans killed by undocumented immigrants and vowed once again to keep out the undesirables with his “great border wall.”

When not demonizing immigrants, he trained his fire on refugees from war-torn areas of the Middle East. “My opponent has called for a radical 550% increase in Syrian refugees on top of existing massive refugee flows coming into our country under President Obama,” Trump said. “She proposes this despite the fact that there’s no way to screen these refugees in order to find out who they are or where they come from.” Explaining why he opposed taking in Syrian refugees, Trump said: “I only want to admit individuals into our country who will support our values and love our people.”

Again, I’m not sure what one can even say in response to rhetoric like this coming from a major-party presidential nominee. I could point out that the statistics he cites to claim that the country is a crime-ridden hellhole are wildly misleading and that he’s lying when he says crime is on the rise. I could point out that the population of undocumented immigrants in the country is actually declining. I could also note that the rate at which Syrian refugees have been admitted to the country has been very slow, and that there is an intensive, multi-layered vetting process in place for those refugees.

But Trumpism exists in direct defiance of facts. The speech the Republican Party’s nominee delivered while accepting his nomination was an explicit appeal to fear. And it tied that fear to some of the country’s most vulnerable and marginalized populations. He had the temerity to accuse the sitting president of “divid[ing] us by race and color” while also conjuring menacing visions of murderous immigrants and refugees. And, of course, Trump is going to “immediately suspend immigration from any country that has been compromised by terrorism,” which is his newly bowdlerized phraseology for describing his plan to ban Muslims from entering the country.

We’ve been hearing similar versions of this dark and fearful vision of the country for over a year now as Trump has come to dominate the GOP, but Thursday night’s speech was the moment that that vision officially became the governing agenda for the Republican Party. And while we can take some comfort in the high likelihood that Trump will lose in November, the political dysfunction that lifted him this high will endure beyond 2016.