If you have to ask: "How To Tell You're a Douchebag" filmmaker on making his Twitter-era rom-com 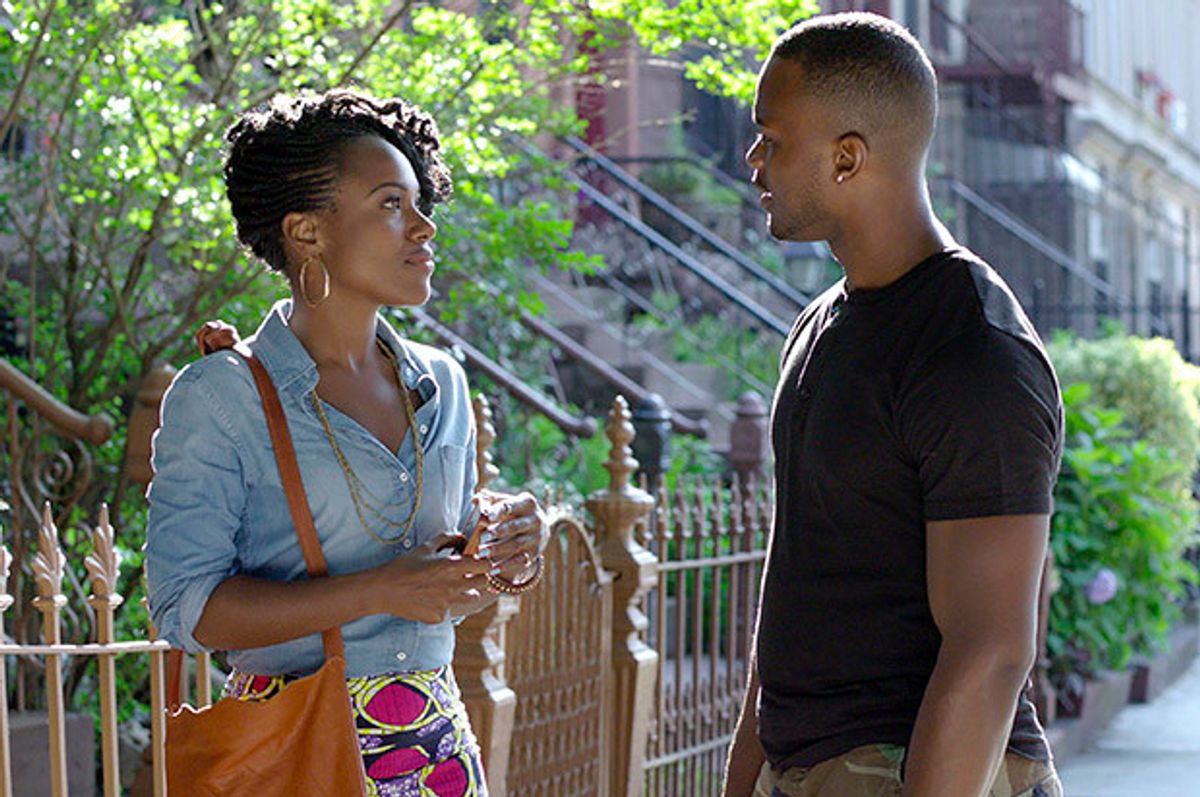 “How to Tell You’re a Douchebag,” an enjoyable romantic comedy written and directed by Tahir Jetter, opened at Sundance earlier this year. It's a timely indie comedy about Ray (Charles Brice), a Brooklyn blogger who, according to one female character, is “a self-centered, juvenile womanizer.” She’s not wrong — Ray has been sleeping with a series of women after his girlfriend dumped him for another woman when he proposed. The situation left Ray, who believes in true love, “emotionally unavailable.” That is, until he meets Rochelle Marseillles (DeWanda Wise), a successful Internet writer in her own right. Rochelle isn’t impressed by Ray’s looks and charms, nor is she interested in him … or is she? (It's a rom-com, of course.) As Ray’s best friend Jake (the superb William Jackson Harper) observes, Ray has “the audacity of hope” as he tries to show Rochelle that he’s not a douchebag.

Jetter spoke via Skype about his fine film and his experiences making “How To Tell You’re a Douchebag,” which drops on iTunes Friday.

There are too few romantic comedies starring and directed by African Americans. How did you come up with the story, and play with the rom-com tropes?

It came from my reflections on my personal life and my poor decisions dating and pursuing people. After one particular relationship failed, I decided I needed to look inward and make a commentary on my behavior. How silly expectations I had and developed about how things should have gone—that is, they should have gone my way. I’ve been active on Twitter and there’s a level of discourse where you get insights into women that you wouldn’t get otherwise: black women complaining about male entitlement. So looking at the internet and my own behavior, I thought I’d retool the “man pursues woman” love story and give it a self-aware ethos. This is more of a coming-of-age story of a man approaching a greater sense of self-awareness than how he’s treating people in relationships. It’s also about how fleeting and transient millennial relationships are. We are quick to dismiss or discard people because we think we have more access to people, but we do want to be in relationships, and engage with others in meaningful ways. We want the freedom of being single while pursuing monogamy, and there’s inherent comedy in that way. Internet dating is still uncomfortable and bizarre, but those of us who are in and around our 30s, there’s the consciousness of obscuring ourselves behind a digital personality and being ourselves. The cowardliness of hiding behind a digital persona, and how we trash and deride people as well as how we relate as millennials.

Do you think, as Ray says in one of his comic moments, that “black women are hostile to black men in cities?”

That was more of a troll question meant to suggest Ray is a douchebag. He’s mocking Rochelle in a way that even he doesn’t believe, but he’s confident that he can get a rise out of her in that scene. It speaks to how black men get on black women’s nerves. We can see how black women bring up causes, and black men will troll them for it. That scene is a representation of that tug-of-war that we experience. We are our privilege to a certain extent. Ray is aware that he’s good looking, a ladies’ man, and well-spoken, but that’s his charm to a fault. I wanted to see the paradigm of this man not getting what he wants, what that means and feels like, but in a larger sense, the film is about how everyone doesn’t get what they want in the modern dating milieu. Sometimes things don’t go your way.

Let’s talk about the characters. Ray is a player who wants to be better; he’s a likeable jerk. Did you worry about making him too unlikable?

I do think the likability comes from the fact that despite his looks and charm, he’s a bumbling person and that makes him endearing and human. I wasn’t worried about making him unlikable; he was interesting. I gravitate to films that are about [flawed] characters. I know a lot of men who saw the film who said they acted just like that, and saw a lot of themselves in Ray. Or women who said they were one of those women.

In contrast, Rochelle is an independent spirit who speaks truth to power. But she has her own issues (that should not be revealed). Can you talk about how you avoided black female stereotypes?

I have seen a lot of romantic comedies. The trope of a black woman is professional, haughty, and self-possessed. They often don’t have flaws as in films like “Soul Food” or “Something New.” Rochelle wants what she doesn’t have. To her, that’s a stable relationship, or a moment where she can be by herself, as she gets to the next stage of her personal and professional life. Her anger and indignation was very real. I read that on the internet all the time. I wanted her to be a human and have her feel she is lacking something and explore that within the conventions of this small movie.

The romantic leads are both writers. Language is very specific in the film, particularly when one of Ray’s ladies asks him “How do you feel about me,” which he understands as “What do you think about me.” Can you talk about how you used words so precisely? Rochelle is particularly verbal.

I looked at a lot of Woody Allen and “High Fidelity,” which is precise and particular of how the main character describes his perception of the world. It’s a low-budget film so people are going to latch on to the dialogue, and I wanted Rochelle to sound like one of the talented women writers on Twitter who has thousands of followers and can rattle off a dissertation at will. I wanted to make Ray sound much more banal as a writer, one who does navel-gazing think pieces about their own lives that are silly, but can make a name for yourself and a living. He wants to be a good writer. What attracts him to Rochelle aside from her demeanor and poise is that she can actually write a novel. I was intent on trying to convey that, and how these characters spoke to each other.

What can you say about the challenges of getting an independent African American film made and screened? Your film played Sundance.

I was fortunate enough to get into Sundance. All the money I got to make this film [the budget was under $1 million] was from family and friends. I had the goal of getting into Sundance because it’s a great market and showcase, and supportive of indie films. But when you make a feature, you have to make money back if you want to make another film. We earned our money back because we were able to screen at Sundance. If you don’t get into Sundance, SXSW or Tribeca, it’s hard to get distribution. When you make an indie film with a movie made for a niche audience, it’s a real gamble. But I think the producers wanted to give this film the best push. You won’t see anything like this in Hollywood.

How To Tell You're A Douchebag Movies Romantic Comedy Tahir Jetter