The moral case for Hillary Clinton: Even if you might dislike her, this isn't the year to back a third-party candidate 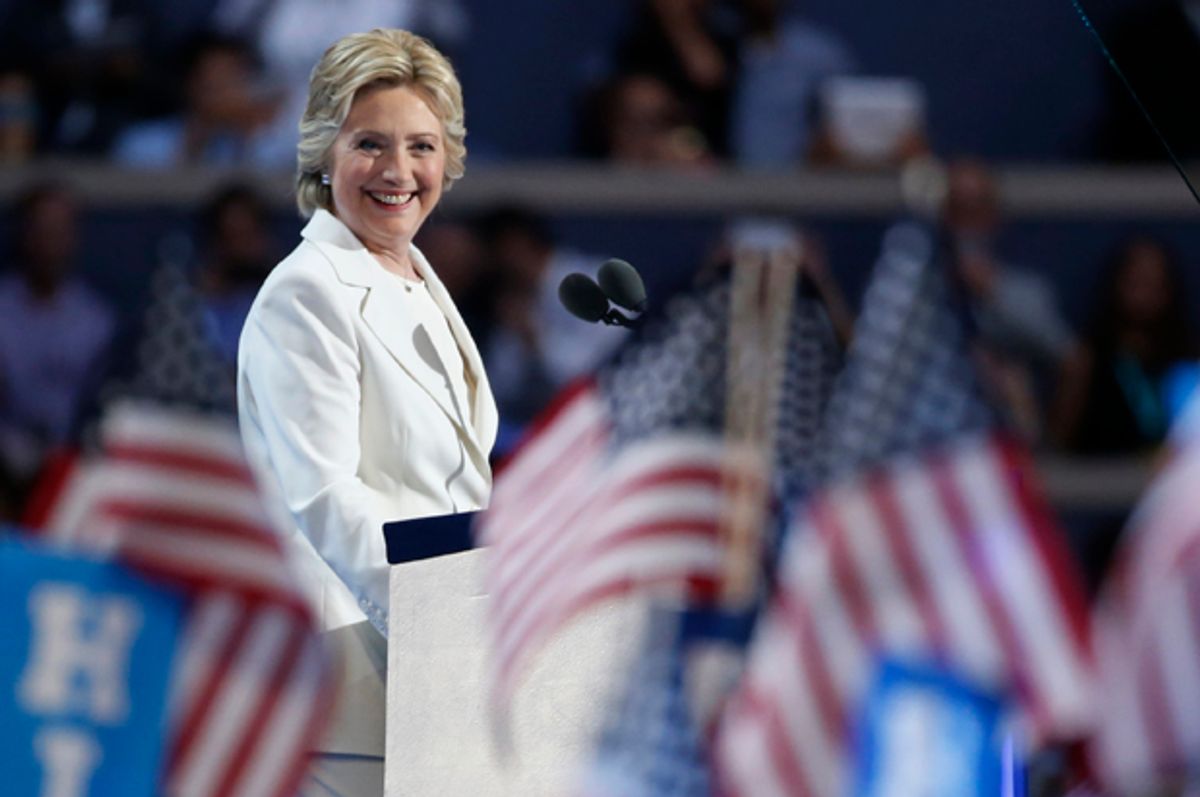 "What would it take for you to vote for a third-party candidate?"

This question was posed to me by a good friend who, after supporting Barack Obama in the 2008 election, became so disenchanted with the political process that he backed Libertarian candidate Gary Johnson in 2012 (not surprisingly, he plans on doing so again this year). Because I’m a progressive and he’s a libertarian, we naturally don’t see eye-to-eye on many policy issues. Nevertheless, he respects those differences of opinion as healthy and productive. What he doesn’t seem to respect, though, is my determination to vote for Hillary Clinton instead of a candidate who better reflects my own values – be it by supporting Green Party candidate Jill Stein or writing in Bernie Sanders, my personal choice during the primaries.

In light of the leaked DNC emails which prove that the Democratic establishment was actively biased toward Clinton, it may seem more difficult than ever to justify supporting that party’s ticket. Nevertheless, there is a strong moral argument for doing so, one that has never been effectively rebutted by anyone in my professional or personal life:

Perhaps my perspective is skewed by my academic career (four years studying American history tends to affect how a person views contemporary political events), but when I look at the choice between Clinton and Trump, I can’t help but think of how life would be better today if similar elections from the past had turned out differently. If Hubert Humphrey or George McGovern had defeated Richard Nixon, America would have been spared the trauma of Watergate. Had Jimmy Carter thwarted Ronald Reagan in 1980, we wouldn’t have had weaker labor unions and thus rising income inequality over the past third-of-a-century. Most famously, if only a few thousand voters in New Hampshire or Florida had voted for Al Gore instead of George W. Bush, we could have avoided the second Iraq War and had tax cuts that focused on families with children, college students, and aging parents instead of primarily benefiting the wealthy.

And what about Clinton versus Trump? According to a recent in-depth New York Times piece, Clinton would focus her presidency on two issues – immigration reform and creating jobs through infrastructure spending. By contrast, Trump would focus on building a wall on the U.S.-Mexico border, banning Muslim immigration, auditing the Federal Reserve, and repealing the Affordable Care Act.

Let’s break down what these would mean in terms of human lives. Clinton’s immigration reform plan would provide a pathway to citizenship for the 11 million undocumented immigrants that would require them to pass background checks and pay both back taxes and a fine… in short, striking a balance between the humane (by not deporting them), the conservative (demanding that they pay for their crime), and the financially practical (again, by not deporting them). Her infrastructure plan would create millions of jobs while improving our nation’s roads and bridges, public transit, broadband Internet, and water systems. Last, but certainly not least, the symbolic significance of her election would be an inspiration to the millions of women and girls who strive to realize their own professional dreams in this country.

With the exception of auditing the Federal Reserve, which would actually do some good, Trump’s policies would be an unmitigated disaster. Not only would his border wall cost at least three times as much as he claims, but it would be a logistical nightmare in terms of getting the rights to private land, avoiding an international incident with Mexico (which is our ally), and actually building the darn thing. Between that and his ban on Muslim immigration, Trump would cultivate what Mitt Romney accurately described as “trickle-down racism” – i.e., a national climate in which bigotry flares up against minority groups like Mexicans and Muslims. By repealing the Affordable Care Act, Trump would rip away services and legal protections that could help or have already benefited hundreds of millions of Americans. Finally, because there are legitimate concerns about Trump’s mental health, his blasé attitude toward nuclear weapons poses an existential threat to not just our nation, but the entire world.

To answer my friend’s question: In an election where there is no substantive difference between the policies proposed by the Democrats and the Republicans, I would vote for a third-party candidate. That said, while it may be popular in some circles to claim that Clinton is no better than Trump, this assertion doesn’t bear close scrutiny. Elections are about more than conflicting ideals; they are about the hundreds of millions of lives both here and abroad that will be shaped by who happens to occupy the Oval Office. Based on the facts of what Clinton and Trump would do in office, I cannot in good conscience vote against the interests of the people Clinton would help… or, for that matter, disregard the lives of the people Trump would hurt.

This post originally appeared at the Good Men Project. Reprinted with permission.