This election year has become one long, drawn-out Thanksgiving dinner with relatives who can't be reasoned with 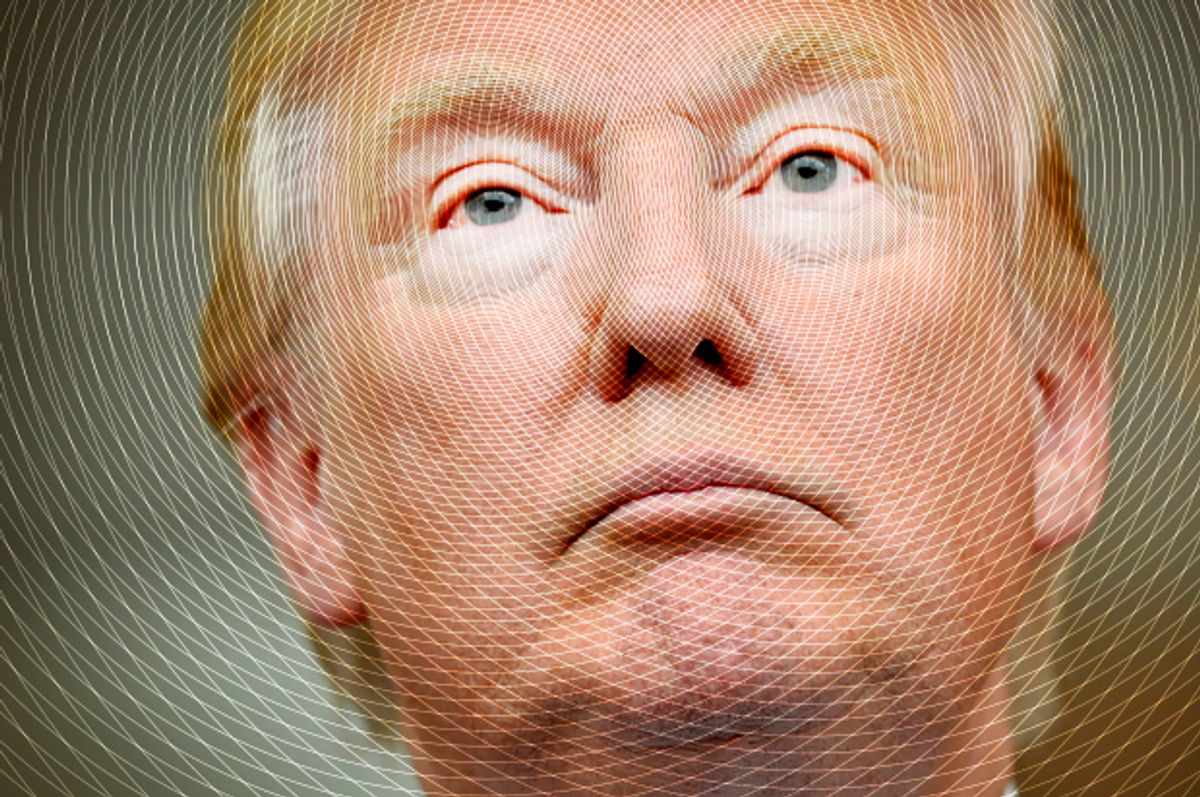 The presidential race this year has been an ugly, dysfunctional, shocking fiasco. But on the bright side, it's probably making you feel great about not going home for Thanksgiving, right? Because this is the year your crazy racist family that thinks the moon landing was fake is running for the White House.

As far as I'm concerned, 2016 should come with a trigger warning. Of course, I grew up Irish Catholic and in New Jersey, so I know my way around dysfunction pretty well, thank you very much. I know what it's like to sit at the table with people who are talking crazy and who, when you point out hard evidence to dispute what they read in the Weekly World News, simply dig in their heels and say, nope. I know what it means to watch the wagons of excuse-making and blind eye-turning circle around a thoroughly out of control, genuinely toxic individual. And I'll bet that if you've ever found yourself googling the phrase "narcissistic personality disorder," the Republican National Convention looked really, really familiar to you. So yes, register and vote in this election like the future depends on it. It does. But the next time you find yourself feeling like you've been taking crazy pills over some Trump Trainwreck in your Facebook feed or at your family barbecue, I want you to remember the words of your therapist and detach with love.

I almost envy anyone who doesn't look at the news cycle every day now and immediately think, "Oh, right, it's called gaslighting." Trump, the bellowing uncle who just likes to tell it like it is and then storms out of the house when anyone asks him to maybe tone it down, is now in a round the clock cycle of picking fights and then saying, "What? I didn't do anything!" Look at his whole recent beef with the family of slain Army Captain Humayun Khan, his loaded, baiting comment that maybe Khan's mother "wasn't allowed to have anything to say" and his followup assertion that "I was viciously attacked by Mr. Khan at the Democratic Convention. Am I not allowed to respond?" Look at his realtime about-face when called out on his ignorance on Crimea. Look at how, whenever challenged about his own aggressiveness or flat out mistakes, he turns combative and pulls the "What? I was kidding! Can't you take a joke?" He's like the Great Santini, if the Great Santini was bottomlessly lazy.

Then there are his codependent cronies. Behold Newt Gingrich on CNN, hearing the statistical fact from the FBI that violent crime rates are down, saying, "Statistics may be theoretically right, but it's not where human beings are…. People feel more threatened. As a political candidate, I'll go with how people feel and let you go with theoreticians." Newt Gingrich is your hippie sister-in-law who doesn't want to hear the years of hard research proving that vaccines really don't cause autism, because she just believes in her heart that they do.

Look at Trump's former campaign manager Corey Lewandowski on CNN Tuesday, replying to questions about why Trump has not released his tax records by reaffirming The Donald's own bizarre demand for Obama's college transcripts. "Did he get in as a U.S. citizen or was he brought into Harvard University as a citizen who wasn’t from this country?" he asked. "I don’t know the answer!" Corey Lewandowski is your deadbeat cousin who brings every conversation back to that time ten years ago you wouldn't loan him $2,000.

How about Donald Trump's spokeswoman Katrina Pierson, who on Wednesday blamed Barack Obama, who became president in 2009, for the death of Humayun Khan five years earlier. But Grandma, you say, assault weapons hadn't even been invent… Shhhhhhh, Grandma doesn't want to hear it.

And then there are the likes of Paul Ryan and Chris Christie — your nervous, jittery aunts who just keep their smiles frozen on their faces as Uncle Danny reaches for another Genesee. "You sure that's such a good idea, honey?" the sweetly ask. "Maybe yelling at a baby isn't… you know, never mind."

This is the circus the Republican party has created for itself. As sentient voters, we can publicly point out when they're wrong, we can voice our support for candidates and causes we are not walking tire fires, and we can vote. But I promise, we cannot argue with that disaster's diehard Trump believers any more than we can get our middle-aged cousin Frankie to move out of Aunt Betty's garage. These are the people who think that intelligent design is real and that climate change is not. They do not want to know better. They do not want to be disputed with "facts" and "statistics" and "morally acceptable behavior." Bless their paranoid, passive-aggressive, willfully ignorant hearts. It's going to be a long three months if we let them drag us down into their pointless arguments and petty yelling. And I promise, America, if you got through your brother's wedding weekend, you can get through this.