Expand your punk knowledge: Slash magazine collection will school you on the '70s L.A. scene

Unfairly maligned as the third-best punk scene, L.A.'s importance is captured in this essential new anthology 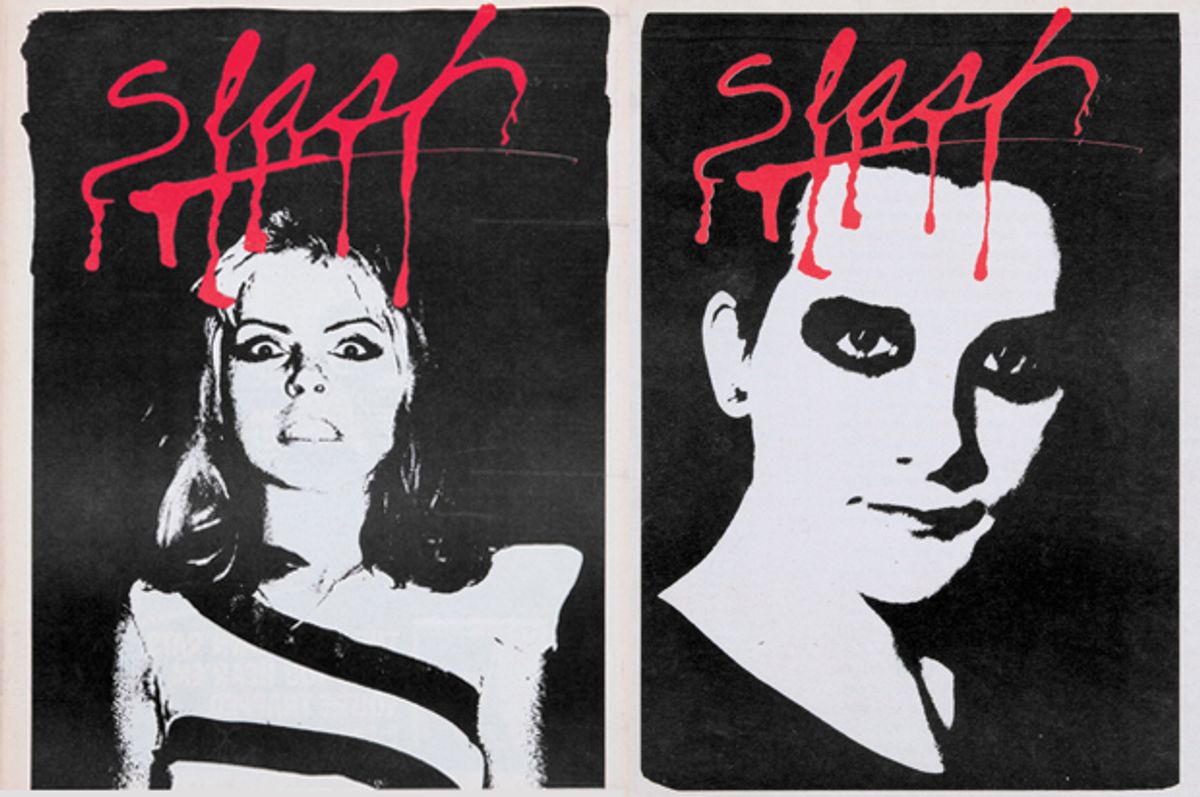 The Hollywood- and outer Los Angeles-based punk rock scene was usually and unfairly considered the third-most vital community when compared with New York City and London. This, despite producing some of the most influential bands of the past four decades, including X, The Germs, Black Flag, The Go-Go’s and Gun Club, as well as transplants like Devo and The Cramps. Other noteworthy local bands included The Screamers, The Weirdos, The Adolescents, T.S.O.L., Alice Bag and The Eyes among many, many others.

The West Coast scene even had its own bible, Slash Magazine, co-founded by Steve Samioff and Melanie Nissen. A folded newsprint publication which ran out of Hollywood from 1977 to 1980, Slash published gossip, serious record reviews (some by Gun Club’s Jeffrey Lee Pierce), art (Gary Panter was a contributor) and features on punk music.

And not just confined to LA, either — Dave Vanian of The Damned lurks out from the debut issue, and there were also cover features on Debbie Harry, reggae star Peter Tosh, as well as Siouxsie Sioux, Poly Styrene of X Ray Spex, Pere Ubu’s Dave Thomspon and a young David Byrne, then of Talking Heads. Slash had film and culture coverage as well. It also nurtured young writers like Pleasant Gehman and Chris D.

Slash, like its Northern California peer, Search and Destroy, and East Coast publications like the New York Rocker, felt like it was beyond a mere fanzine, but rather some kind of holy cause to give the voices of a misunderstood movement their due — local stars who made the cover include Darby Crash, Exene Cervenka and the Weirdoes’ John Denney.

By the ‘80s, Slash mutated into Slash Records, which was headed up by Bob Biggs, and released classic-era X’s early albums, as well as The Violent Femmes’ immortal debut. Perhaps you’ve noticed the logo t-shirt on the back of a hipster.

If you’ve seen Penelope Spheeris’ 1980 documentary, “The Decline of Western Civilization: Part I,” you’ve seen the inner workings of Slash and met its most controversial editor, one Clause Bessy, aka the cantankerous Frenchman “Kickboy Face.” Kickboy, like Slash, is long gone (he died in 1999), but his intellectualizing of the scene has been resurrected, along with a bygone but violent, funny era, into a long-overdue and complete anthology of the magazines, as well as new essays, including one by co-editor Philomina Winstanley, and interviews that cast reflections on the vital scene.

Before the release of “Slash: A Punk Magazine From Los Angeles: 1977-1980” in late July, if you wanted to procure an issue, your best bet was an expensive and dog-eared copy on Ebay. Now all of LA — the attitude and the fashion, the noise and Nihilism — has been slammed between two jackets for mass consumption. Slash’s humor and passion was so wild and free, it seems a little odd to see it there, contained for posterity, ripe for better coffee tables, but those who were not around when a still-living Darby Crash ordered “Gimme a behyuh,” and the Go-Go’s were punk will surely get an education from picking it up and turning a page or two.

A pop-up exhibit of Slash-era paraphernalia, which had a Los Angeles showing last month, will be on display at the NY Art Book Fair, September 16-18, at MoMA PS1.