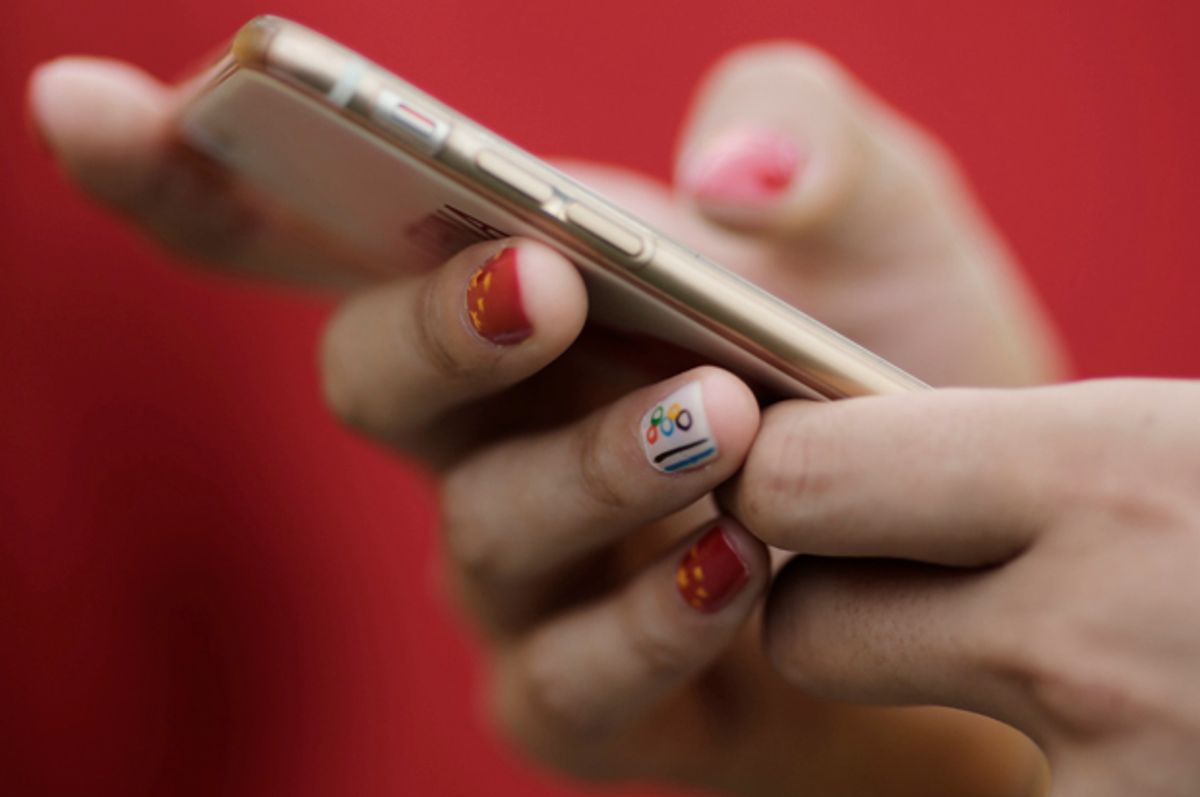 For Thursday's edition of Horribly Irresponsible Behavior in the Name of So-Called Journalism, we turn to The Daily Beast, which, in the scramble for the hottest of Rio Olympics takes, published a pointless, leering and homophobic story by writer Nico Hines called "I Got Three Grindr Dates in an Hour in the Olympic Village."

The Beast's London editor is not content to merely dust off the old tale of how super, super-sexed up an entire village full of unbelievably fit humans from all over the world is — nope, Hines has to really commit to the story. As he puts it, "Perhaps the question most people have is: How do the rest of us get an invite? Can an Average Joe join the bacchanalia?"

To put this question that Hines assumes most people are asking (they are not) to the test, he gets on Bumble, Grindr, Jack’d, and Tinder, and then boasts, "Your distinctly non-Olympian correspondent had scored three dates in the first hour." He proudly declares that he caught the eye of men competing in a variety of events that he specifically names, and from a variety of nations he also names — including one man "from a notoriously homophobic country." He also identifies his event.

Hines drops little clues about other prospective dates, like their rankings. He ends by advising, "God knows what scenes will be playing out by the end of the month, but I recommend catching the 'Bus Rapid Transit' out to Barra de Tijuca."

Oh, and here's the kicker! Midway through the story, Hines says, "I didn’t lie to anyone or pretend to be someone I wasn’t —unless you count being on Grindr in the first place — since I’m straight, with a wife and child. I used my own picture (just of my face…) and confessed to being a journalist as soon as anyone asked who I was."

So we have a self-described married and straight journalist who's cruising a group of young, physically fit people to prove, I'm sorry, what, exactly? That young, active people hook up? I'll bet he really got the Beast's money's worth out of that plane ticket to Brazil, then. And what dangerous arrogance, what horrifying irresponsibility, to cavalierly all but out these men for engaging in private consensual behavior. What a prurient, loathsome thing to do to them, and to their families, especially to those coming from places Hines acknowledges are intolerant to gay people. And for what? Clicks? An excuse to look at photos of a "black guy with a perfect six-pack"? Un. Be. Lievable.

Hines, who last year wrote a Daily Beast story claiming "Sexual Frustration Driving Kids to ISIS," came to The Daily Beast three years ago. At the time, Tina Brown praised him as "a first-rate reporter whose wit and flair will be right at home on The Beast." Remind me how much wit and flair it takes to write an ogling piece that puts the safety of other individuals in jeopardy. I haven't seen a piece this appallingly inhumane since XOJane's despicable and now deleted personal essay "My Former Friend’s Death Was a Blessing."

And in its smug, judgmental attitude that the privacy of men who engage in same-sex activities is pretty much meaningless, The Daily Beast is reminiscent of Gawker, which last year ran — and then controversially deleted — a piece outing a corporate executive.  Two years ago, the now defunct Grantland exhibited similar hubris, publishing a story that outed a transgender inventor who later committed suicide. Editor Bill Simmons later admitted, "I don’t think [the author] understood the moral consequences of that decision, and frankly, neither did anyone working for Grantland....We made an indefensible mistake not to solicit input from ANYONE in the trans community."

As of Thursday morning, The Daily Beast was quietly altering the piece without initially making any acknowledgment it was doing so. It changed the title of the story to "The Other Olympic Sport in Rio: Swiping." It changed two lines that identified the home country, physical description and language of a "friendly gentleman" — a man from a country that has been cited by Human Rights Watch for its "homophobic" treatment of the LGBT community. It also altered the height and weight specifics of one black and one white athlete.

"We take such complaints seriously because a central part of The Daily Beast's mission is to fight for full equality and equal treatment for LGBT people around the world. Publishing an article that in any way could be seen as homophobic is contrary to our mission…. The concept for the piece was to see how dating and hook-up apps were being used in Rio by athletes. It just so happened that Nico had many more responses on Grindr than apps that cater mostly to straight people, and so he wrote about that. Had he received straight invitations, he would have written about those…. Some readers have read Nico as mocking or sex-shaming those on Grindr. We do not feel he did this in any way. However, The Daily Beast understands that others may have interpreted the piece differently. Accordingly, we have made some editorial changes to the article, responding to readers' concerns, and are again sorry for any upset the original version of this piece inspired."

Seriously? So you ran a piece by a self-identified straight writer that's entirely about gay hookups, that included identifying details about male athletes from "notoriously homophobic" nations, and you're saying some people "may have interpreted" it as "mocking or sex-shaming?" You sent a guy to write a jokey piece about a community he claims he doesn't belong to, a community whose safety and dignity and human rights are under attack every day, in every country, and you're sorry if it "upset" anybody? For the Beast to run it in the first place was awful — but to stand by it in such a way is delusional, ignorant, and unbelievably cynical.