An Olympic-sized gaffe: This newspaper's apology, at least, gets a perfect 10 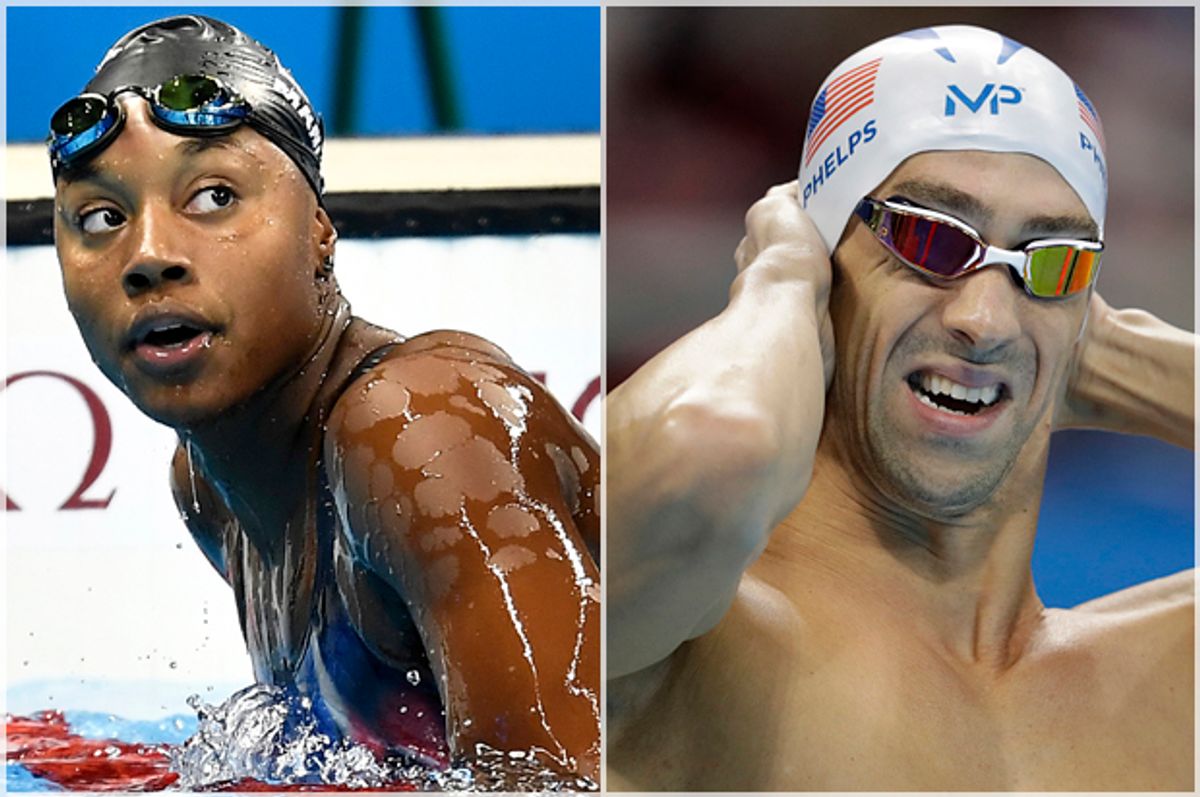 It's actually quite simple — you make a mistake, like everybody does — and then other people point out that error and so you say you're sorry and then you fix it. And yet every day, millions of individuals and institutions and presidential candidates suffer from a debilitating condition called Inability to Apologize. So let's give a modest round of applause this week to San Jose's The Mercury News, for at least hitting the bar of appropriate responsiveness after screwing up its initial coverage of Thursday's historic night for the U.S. Olympic swim team.

It was an unprecedented evening. 31-year-old Michael Phelps, competing in his fifth Olympics, put on his best game face and scored his 22nd career gold medal in the final of the 200-meter individual medley. And then there was Texan Simone Manuel, 20, who tied with Canada's Penny Oleksiak in the 100-meter freestyle to become the first African-American woman to win an individual gold medal in swimming — and break a new Olympic record.

It was a huge achievement, as Manuel's astonished face at the moment of victory, and her teary pride on the platform during the medal ceremony later, made exquisitely clear. As she told NBC Thursday night, "It means a lot. This medal is not just for me, it's for a whole bunch of people who have came before me and been an inspiration to me. It's for all the people who come after me who believe they can't do it. And I just want to be inspiration to others that you can do it."

As the BBC and others have noted, the presence of African-American swimmers in the sport is especially meaningful, coming from a cultural history in which black swimmers were often refused admittance to public pools, and a current climate in which as many as 70 percent of African-American children still aren't being taught how to swim.

And yet when the newspaper initially reported on the big night, the headline that ran boasted "Olympics: Michael Phelps shares historic night with African-American." Just, you know, an unnamed African-American. (Who happens to be a student at Stanford University, located less than 25 miles from the newspaper office, by the way.) Coming in the midst of a slew of really subpar reporting on the victories of women in the Olympics in general, and riding on the heels of the traditional lack of respect for African-American women in sports in particular, the headline was unsurprising — if still incredibly thoughtless. But then the Merc did something unique — it figured it out and fixed it.

And the main photo accompanying the piece? It's of Manuel. There you go!

Contrast that response, if you will to The Daily Beast's slew of botched, butt-covering moves before it finally removed and fully apologized for an offensive, homophobic Olympics-themed piece it ran on Wednesday. Contrast it to — no surprise! — Donald Trump's daily failures of accountability. Maybe you've seen so little of it lately it seems odd and unfamiliar, but take note — this is what responsible, ethical adult behavior actually looks like.