The conversation on Zika needs more than alarm bells: 5 things we must keep in mind

Filtering out the misinformation: Helpful reminders for us all as we navigate the maze of fear about the Zika virus 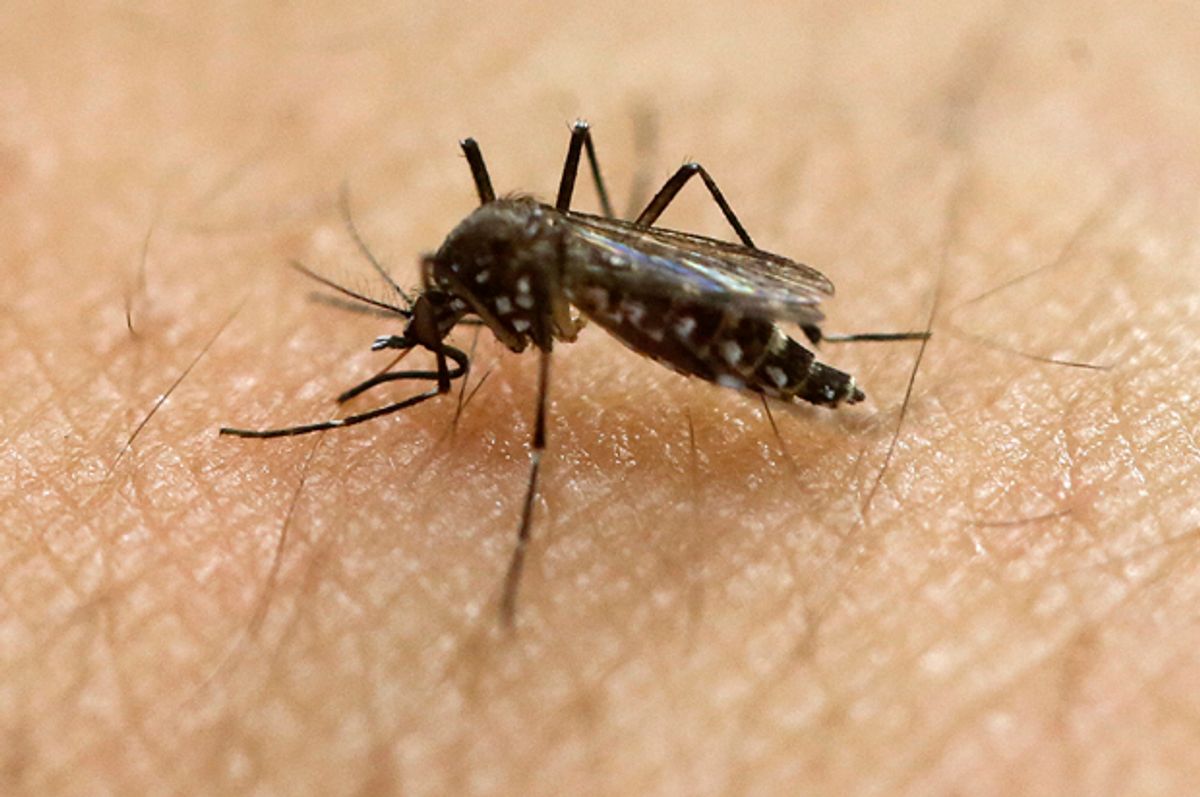 Facebook
Twitter
Reddit
Email
view in app
As the warm months continue, and as we continue to be hurled headlong into a spectacular election season, there seem to be more and more things to fear. Not the least of these is the Zika virus. Zika is a virus spread by mosquitoes, and until a couple years ago, it was mainly confined to Africa and Asia.  Then it showed up in Brazil and affected more than a million people there, spreading into other Latin American and Caribbean countries. Recently it made its way to the United States, first only affecting those who had traveled outside the country. But as of just a few weeks ago, Florida saw a few locally transmitted cases (meaning that the people who got the virus didn’t get it from outside the country but from mosquitos in the U.S.). The virus can also be transmitted through sexual contact, and to a developing fetus from a pregnant woman.

The alarm bells are ringing in the media, and misinformation abounds. Despite knowing very little about the short- and long-term impacts of contracting the Zika virus, news outlets are calling Miami “ground zero” for the virus in the United States. Some are comparing the phenomenon to a political apocalypse (on both sides of the aisle). To be sure, contracting the virus can be harmful, but that doesn't mean we can't have a sane conversation about its effects.

Like most global health issues, understanding Zika requires research, nuance and thinking about the relationship between poverty and illness. Here are a few helpful reminders for navigating the maze of fear and terror about Zika that will surely increase in the coming months.

1. There’s a lot about Zika that we don’t know. About 80 percent of Zika infections in adults are asymptomatic. For those in the U.S. who are experiencing symptoms and think they may be infected with Zika, the process to get diagnosed and then to find care and treatment can be a maze of bureaucratic twists and turns. Vox journalist Gracie MacKenzie wrote about her search for information and resources when she acquired Zika in the Dominican Republic and returned to D.C., where she lives. In Texas, which has one of the highest rates of Zika infections in the country (just behind New York and Florida), the state’s response works on “raising awareness,” communications strategies and getting rid of mosquitoes. Nowhere in the plan is there a mention of reproductive health care. But even if it included it, almost all of the state’s reproductive health clinics were shut down by House Bill 2 — which was recently overturned, but hasn’t resulted in the immediate re-opening of the clinics that have been shuttered for over a year.

2.  Zika will disproportionately impact poor people. Both Texas and Florida legislators refused the federal funding offered to expand Medicaid in their states. This is true of several other states now facing increasing cases of Zika, leaving many of their most vulnerable communities, including pregnant women, without access to the care they might need in the instance of an epidemic. For many, the proximity to Zika is increased by unsafe living conditions and lack of access to health care — including sex-ed and reproductive health care, as in Texas. Poverty, in this as in so much, increases risk and reduces access to quality care.

3. Let’s listen to the disability justice advocates when they tell us how to talk about Zika and how to talk about people with disabilities. News report after news report discusses the potential birth “defects” caused by Zika, primarily microcephaly. People living with disabilities are just that; they are not “defective” nor are they “abnormal.” Much of this stigmatizing language is used to discuss microcephaly, a condition in infants that has been linked to Zika. Importantly, though, the likelihood that a Zika infection will result in microcephaly is still unknown. The constant images of babies on examination tables, or being handled by a masked doctor with the parent nowhere to be seen, are ubiquitous, and contribute to the fear and stigma surrounding microcephaly. This stigma can have devastating effects. In some instances, the babies born with this condition have been abandoned, as have some of the mothers who delivered them. Every pregnant woman deserves compassionate health care, as does every child and every family navigating care for a child or adult family member living with a disability.

Furthermore, there is little discussion of the care that state or federal government agencies will offer to the families of children born with microcephaly and how they might work to raise awareness to challenge the fear, stigma and isolation that such families may face.  For instance, Sen. Marco Rubio of Florida has asserted that pregnant women who get the Zika virus should not be granted access to abortion and has also resisted increasing support and assistance from the state and federal governments to families raising children who are living with disabilities.

The debate about whether microcephaly or other conditions are justification for abortion is an important one. It’s one that people who care about reproductive rights and justice for people living with disabilities must have, with a greater emphasis on the voices of those living at that very intersection. It’s far too important a conversation to have in an ill-informed, anxiety-provoking and un-nuanced way.

4. The best way to keep people well and safe is to keep them informed. Let’s listen to the health experts on this issue. In 2011, the last year for which national-level data are available, 45 percent of all pregnancies in the United States were unintended. Given the anemic response by most state agencies to the spread of Zika, the burden is falling on pregnant women to prevent themselves from becoming infected. Not only is that an immense burden in the best of circumstances, but in places where accurate, medically sound information about how to prevent sexually transmitted infections is scarce, it’s damn near impossible. A recent analysis done by the researchers at the Guttmacher Institute argues that our ability to respond to health care concerns, like the spread of Zika, is heavily impacted by the “often hostile policy, programmatic and legal environment women face on issues surrounding pregnancy.” The researchers find, unsurprisingly, that if we’re going to adequately respond to Zika, we’ve got to focus on access to safe, legal reproductive health care.

5. Let’s remember the (ongoing) problem of public health institutions implementing population control policies, both in the U.S. and abroad. Conversations about the Zika problem that reference the trouble with getting women of the “third world,” Latin America or the Caribbean to take preventative measures often completely ignore the complicated history that those places have with Western public health practices. In Puerto Rico, where the Zika virus is rapidly spreading, President Obama issued a broadcast warning for Puerto Ricans to take it seriously. Puerto Rican women, however, know the history that the U.S. has of lies and deceit when it comes to coercive contraception and sterilization. When the United States assumed governance of Puerto Rico in 1898, population control policies came to the island hard and fast. In 1937, the U.S. passed Law 116, a program designed by the Eugenics Board, which promoted the use of sterilization in Puerto Rican women instead of offering them other contraceptives. Many of the women sterilized under that program were not told that the procedure was irreversible. It's not hard to imagine why Puerto Rican women are currently suspicious of U.S. intervention in their reproductive lives, even if it is in the name of preventing Zika transmission.