The "gentle giant" explodes: Why the "good kid" media angle is so toxic 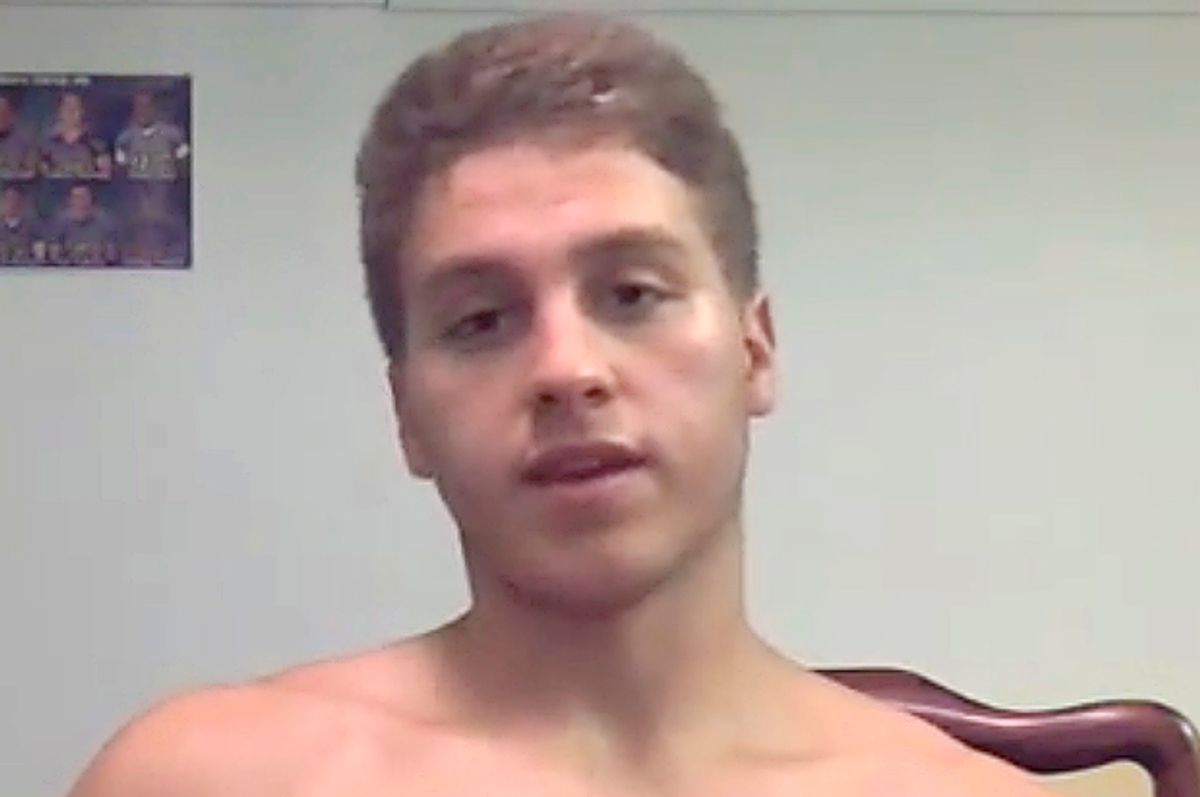 It's a crime both uniquely lurid and bafflingly inexplicable — a double murder of a husband and wife in which the suspect was reportedly found astride one of the victims, biting "chunks of his face off." This is the tragedy of John Stevens and Michelle Mishcon Stevens. And as the story unfolds of what happened inside Austin Harrouff's mind on Monday night to set off a shocking chain of events, it would be great if journalists remembered it's not all about how hard it is to believe that a "nice" young man could do something like this.

Harrouff, a 19-year-old Florida State University sophomore, was reportedly dining with his parents at a Tequesta sports bar on Monday when, as the Miami Herald reports, "something caused the teenager to snap." He "stormed out" and walked for 3 miles until he came to the garage where the Stevens liked to lounge. There they were stabbed to death, as well as attacked with multiple "weapons of opportunity." A neighbor who tried to intervene was also stabbed.

Police later said after they tried to use stun guns on the suspect "multiple times" and a police dog to get him off the victim, it took "three to four" officers to finally subdue him. Officials describe the event as a "completely unprovoked and random" attack.

A crime this violent, this strange is a mystery. But in the initial reporting, there's been a stunning eagerness to present the young man at the center of it within an all-too-familiar narrative. Here's how the Miami Herald opened a story about Harrouff on Wednesday, with a photo of him in a football uniform: "Until he exploded in cannibalistic rage late Monday night, Austin Kelly Harrouff appeared to be a gentle giant: a good student at Suncoast High School in Riviera Beach, a powerful athlete on the wrestling and football teams. He was about to enter his sophomore year at Florida State University, where he was studying exercise science." The article went on to quote a fellow student who recalled him as "a quiet kid" and "actually nice."

And here's the lede on a New Times feature: "In 2013, Austin Harrouff was starring as a defensive tackle at Suncoast Community High, a Palm Beach County school ranked among Newsweek's ten best in America at least eight times in the past decade. He'd also been taking advanced-placement classes in the school's International Baccalaureate program."

Only in the second paragraph is it mentioned, "It's anyone's guess how he ended up in a Martin County garage yesterday, chewing off parts of a stranger's face after killing the man and his wife and stabbing their neighbor." The story goes on to observe: "Though Harrouff never quite made it as a football star, yesterday's attack marks a particular fall from grace." Yes, I suppose eating someone's face is a particular fall from grace — a very particular one. The headline of the story, by the way, is "Florida Man Caught Eating Stranger's Face Was Standout Student, FSU Frat Brother."

Buzzfeed reported that at a press briefing on Tuesday, Martin County Sheriff William Snyder said Harrouff "had no criminal record. . . .He was a good kid."

Harrouff reportedly had no major history of mental illness or drug abuse but had allegedly been acting strangely recently. He has been charged with double homicide and is currently hospitalized. Snyder said Tuesday, "The big question we want to know, the community wants to know, is the why. We know the who, the what, the when, the where and the how."

The curiosity about the why is understandable. The need to portray Harrouff as a "good kid" is not, especially when this is such a commonplace and toxic journalistic ploy. Earlier this summer, convicted sex offender Brock Turner was despondently described in a Washington Post story. The piece lamented that "his extraordinary yet brief swim career is now tarnished, like a rusting trophy” because his "life and career were upended during a night of drinking" — ignoring that his night had been spent sexually assaulting an unconscious young woman. And in July, former Olympian Oscar Pistorius, who shot and killed his girlfriend in 2013, was described by the judge at his sentencing as "a fallen hero who has lost his career and is ruined financially."

What happened on Monday does not seem premeditated or cold-blooded. It does not, however, mean that reporters need to rush to describe the person arrested as a "gentle giant" or a "good student." That suggests that "good students" don't do bad things, that athletes can't be criminals. It continues to prop them up, regardless of the facts. And it conveys that somehow there is a very specific and more protected class of violent offenders: "promising" young male athletes.