She's a gamer, I'm not: How Pokémon Go helped my marriage 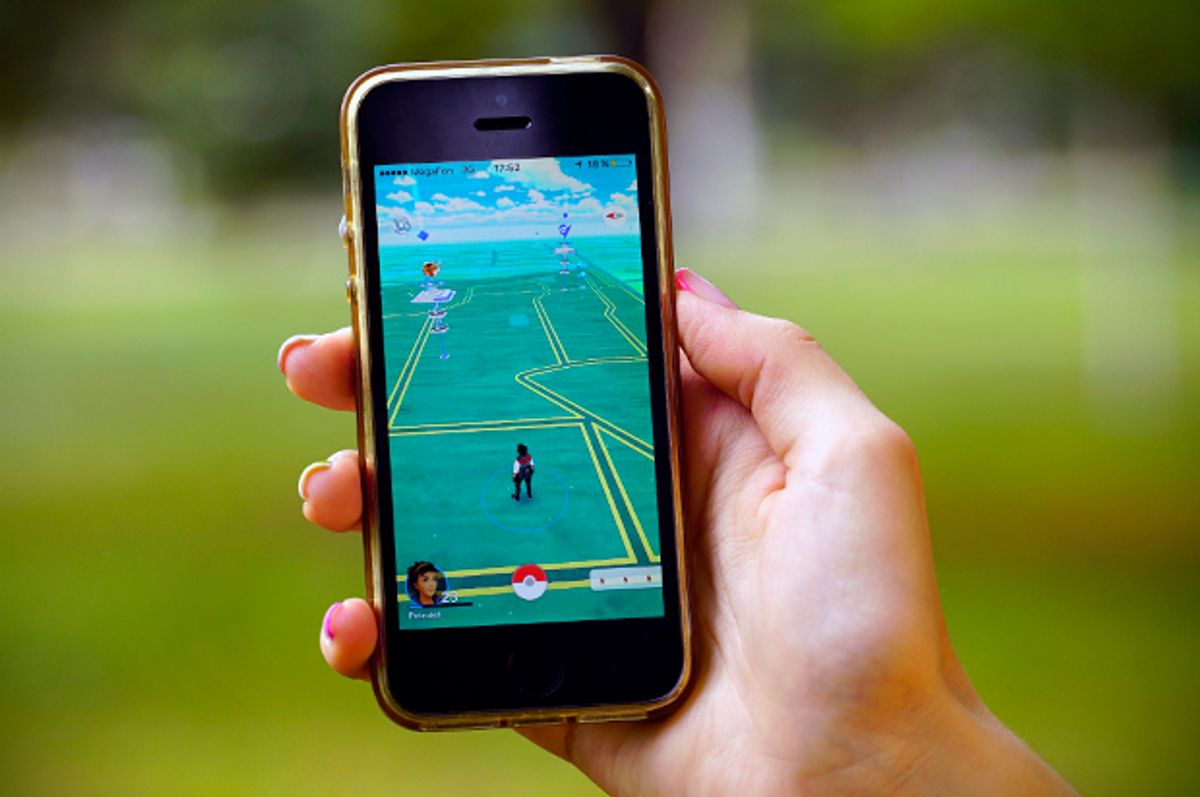 “Slow down! Will you please just slow down,” my wife snaps, her fingers spread wide like a small child about to have a meltdown.

I look in the rear-view mirror to make sure no one will plow into us. I slow just a little. I could slow more, but I don’t.

“There was a Pokéstop right there!” she says.

My wife and I have been having communications issues. I blame a lot of it on the fact that she is glued to her iPhone day and night, skimming Twitter for the latest on everything. I seriously can’t keep up with the amount of data she absorbs. I skim my Twitter timeline reading just the headlines, unless there is a really good breaking news story.

Just this morning I hear about a new app called Pokémon Go. When I mention it to her, she says she’s already at level 5.

“Just drive slowly, then. If no car is behind us, just go slow.”

A Ford F350 barrels up behind me. She arches over her phone with her face an inch from the screen, breaking all kinds of ergonomic rules. She taps the screen repeatedly with her finger. I think, this is it — we are doomed never to communicate properly again because of this stupid technology and this dumb new game.

Before Pokémon Go captured her attention, it was Neko Atsume, the cat-collecting game. Before that, it was Angry Birds. And before that, SimCity.

I want to take the phone and toss it out the window.

She continues to tap.

“I need to take this gym,” she says the way someone in a business meeting might say I have to take this call.

I drive through the intersection with the flow of traffic anyway.

She gives me a sideways glance and turns off her phone. “Thank you very much. I missed a Pokéstop.”

We drive in silence, park, and then take a seat at the bar and stare up at the silent baseball game on a large screen. I feel like we should talk. Isn’t that what normal people in relationships do?  I consider what I can share with her. My day at work has been uneventful. My mother called; her car died again. Who wants to hear about that? She looks bored and I feel I am to blame. Maybe her Pokémon Go avatar is a kind of virtual other woman — new and exciting, full of surprises.

“This is how it works,” she says instantly. “You follow a digital map and search for creatures that surface at random. When a creature appears, you toss Pokéballs at it until it is subdued — it’s called augmented reality. Do you know that?”

“Yes, of course I know that. Everyone knows that.”

I didn’t know that.

We down our drinks and take the game out to the streets. My stylish, girlish avatar — KungfuMeow — walks the streets looking for creatures to subdue. Blue cubes appear in the distance and turn to circles as we approach.

When I tap, an image of a colorful street sign appears within the circle.  I look up. Above my head is a sign for a funky glassblowing shop. We’ve probably walked along this street 50 times and have never seen that sign before. A young guy works in front of a hot flame, reggae music playing in the background.

“Now, you have to catch the Pokémon.” She holds her iPhone in front of her as if she is taking a photo.

“Where?” I ask, following her. On the screen, a cute cartoon owl appears, crouching on the front lawn of the house directly in front of us.

“Now hit it with the Pokéball.”

As she shows me all of the creatures I can collect, a car horn gives a delicate honk from behind to tell us to get out of the street.

“Let’s take a picture with you and the turtle,” she says.

She is eager to have me pose with it, and directs me to move this way and that — a little to the left, a little lower, so that my hands appear to be holding its small green and yellow body. It’s like the time in Paris when we took the photo of the Eiffel Tower sitting in the palm of my hand.

On the way home, the servers for Pokémon Go go down and the game becomes temporarily unavailable.

“You lie,” I tell her, although I wish she wasn't.

But I notice that I feel a little lighter and less tense. Has the game temporarily freed us from the arduous effort of trying to communicate with each other? I have to admit it was fun walking in the quiet neighborhood, just chatting and being silly.

“You should play it on campus tomorrow.  It’ll be so cool,” she suggests. “You’ll run into all these kids playing it. They’ll give you a knowing look. Except you’ll be like their grandmother.”

I see where this is leading. In the past, I tried other games she played so I wouldn’t be left out. I gave Neko Atsume a try until I found us too often side by side in bed feeding our virtual cats while our two live kitties looked on. And then there was the totally disengaged period when we both sat together in restaurants, in cars and on commuter trains — not talking, but trying to kill a bunch of Angry Birds.

“That was fun,” I tell her. “But I don’t want to get caught up in it.” I want us to stick with our usual pastime of riding bikes together. It’s what we have always done; it’s what we do.

“Speak for yourself,” she says.

I feel like one of those clichéd housewives from old movies — the bored ones flipping through magazines as their husbands talk excitedly about doing something new. I always wanted to shout at those women: Get up! Don’t be such a dud!

Over the weekend, we visit friends who have two boys, ages 8 and 11. They are sweet and thoughtful boys. I sit next to them on the couch and try my best to talk to them about things I think they might be interested in like pets, bikes, the cookies on the kitchen table. They nod politely, but I feel I am invading their space and sense they’d really like me to stop with all the questions. My wife sits down and shows them Pokémon Go. Instantly, they slide next to her, touching her arm to look at the screen as she explains how to play.

I watch and listen to how she easily communicates with them — never talking down, never condescending. When we go to the ice cream shop later in the afternoon, they follow her around like puppy dogs. We sit and eat our ice cream and she hands over her phone to let them play alone. They touch the screen with their sticky fingers, and I marvel at her composure — I know how much she hates a smudged screen. On the walk home, their mother turns to me and says, “You know, she made their day."

She wasn’t even trying — she was just being her youthful, curious, totally authentic 56-year-old self. And it hits me: I am a bit of a dud wife. I could be better.

At lunch the next day, I give Pokémon Go a try. I wander the University of California-Berkeley campus where I work, holding my iPhone out in front of me. I find the first Pokéstop, a wooden bench with a checkerboard tabletop just outside of my building. Two students are nearby. I hear the recognizable Pokémon Go zapping and firing sounds.

“Poke players are here,” I text her.

“Any knowing looks?” she asks.

This is the aspect of the game — the idea of strangers quietly acknowledging one another — that intrigues her. Like thieves caught in the act, she explains.

Two students, each holding a phone, walk toward me and stop in front of the bench. “Pokémon Go,” I raise my phone to show them that I, too, am playing the game. They offer reluctant, polite smiles, the way kids do with overly friendly old people. But they see me. Most days, I feel completely invisible on campus.

Now in the evenings, we walk to our favorite restaurants. We never take the direct route. There is always a gym she wants to take over, or another Pokéstop to visit. She talks about the candy and stardust she wants to collect. I’m not entirely sure what she’s talking about, but I like the sound of it.

She’s explaining Pokémon evolution to me, how some Pokémon can evolve into a stronger Pokémon, but usually they evolve up through being caught.

“It means growing up for some, but to others it just means becoming another kind of creature. Do you get that?” she asks me as we walk along, the sky turning pink as the sun sets. Yes, I think I get that.

Erika Donald lives in Berkeley and Guerneville, CA, with her two cats, Levon and Daisy, and her wife, who is at level twenty-three.