High school athlete charged with rape avoids jail: Apparently it "would have destroyed this kid's life"

David Becker, 18, gets 2 years of probation, no conviction on record and can attend college out of state 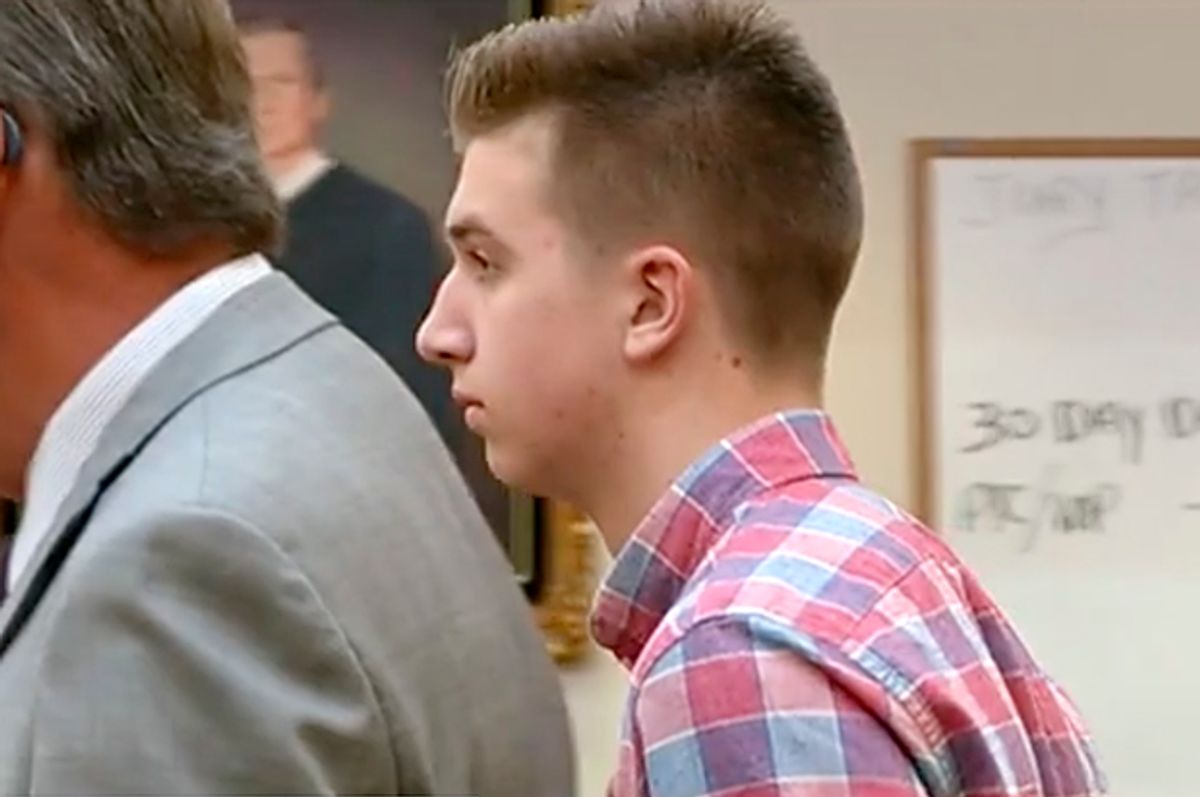 "We all made mistakes." That's how 18-year-old David Becker's attorney Thomas Rooke describes the events that occurred during an April 2 house party in Massachusetts. The charges against Becker: Two counts of rape and one count of indecent assault. That's quite a mistake.

The allegations came to light after an East Longmeadow High School student told a school resource officer that rumors were going around that two girls had become intoxicated at the party and were sexually assaulted there. According to accounts, as the party was winding down, the girls went into an upstairs bedroom and fell asleep. MassLive says that "each reported waking up to Becker sexually assaulting them." One girl said she awakened to discover him penetrating her with a finger.

What happened next shows the often murky and confusing aftermath of such an incident, especially one in which the victim is unconscious. Becker sent an apologetic text to one of the victims the next day, saying, "Sorry, it's my fault," and she initially told him, "Don't even worry about it." But she later admitted to police she hadn't known what else to say. During the trial, one of the girls offered an impact statement advocating against prison time for Becker.

Yet even considering the case for reasonable contrition and mercy, the court's handling of the situation has been extraordinarily generous. Last week, Palmer district court slapped Becker with a light two years probation. During that time he is required to remain drug and alcohol free, submit to sex offender evaluation and have no contact with the victims. He will not register as a sex offender or have a conviction on his record. He is free to attend college out of state. The DA had recommended a conviction of two counts of indecent assault and battery.

Upon sentencing, Becker's attorney gloated in court that "he can now look forward to a productive life without being burdened with the stigma of having to register as a sex offender. The goal of this sentence was not to impede this individual from graduating high school and to go onto the next step of his life, which is a college experience." (The University of Dayton, where Becker reportedly had planned on attending, says he will not be joining the freshman class.)

Rooke believes that what occurred that April evening was "one mistake at one moment on one night which was clouded with alcohol," and that "We all made mistakes when we were 17, 18, 19 years old, and we shouldn't be branded for life with a felony offense and branded a sex offender. Putting this kid in jail for two years would have destroyed this kid's life."

Ah, yes, the old "What about the kid? What about his life?" argument. It should go without saying that headlines of the story do not fail to mention that Becker is a promising athlete who plays volleyball, basketball and soccer. Gotta think of that guy's future! Hm, where have we heard this before? Oh that's right, EVERYWHERE.

We heard it when swimmer Brock Turner was described as a "baby-faced Stanford freshman" after he sexually assaulted an unconscious young woman behind a dumpster — and Santa Clara County Superior Court Judge Aaron Persky gave him just six months probation because "A prison sentence would have a severe impact on him." On him.

Just last week, 19-year-old football player Austin Kelly Harrouff was charged with a shocking double homicide, and the reporting on the crime called him a "gentle giant" who'd had "a particular fall from grace." Police had found him eating one of the victim's faces.

As long as judges continue to value the futures of young men who play sports over those of young women who say they've been assaulted, this kind of crap is going keep on happening. That's why it's essential to keep making a huge stink about these things. That's perhaps why last week, Judge Aaron Persky disqualified himself from an upcoming sex offender case, saying that recent publicity around the new case had resulted in "a personal family situation." As for Becker, his attorney points to his sterling record of community service as evidence of his good character. "He's not this violent individual," Rooke says. "He's an individual very concerned about his community."