In search of Christine Chubbuck: The mystery of TV’s first on-air suicide 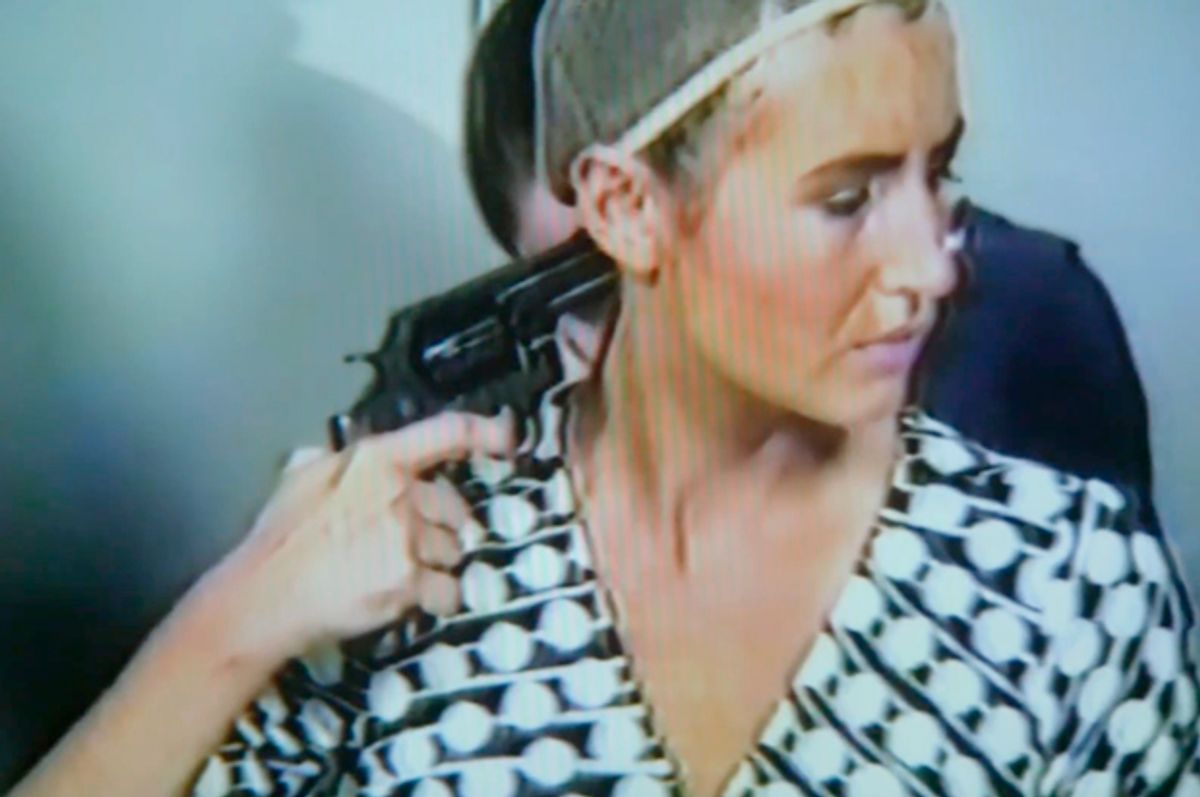 At its most basic level, “Kate Plays Christine” is a film about an actress who is struggling to develop a character. It’s a documentary, in the sense that for most of the film actress Kate Lyn Sheil appears as herself, trying on wigs and costumes, running lines, gathering fragmentary information about the life of the person she’s trying to portray. But the film, written and directed by Robert Greene (who made the similarly indescribable 2014 film “Actress”), also includes fictional elements since some of it is scripted and because Sheil’s character is a real person so wrapped in mystery that she’s almost an urban myth.

Not much is known about Christine Chubbuck, a TV newswoman in Sarasota, Florida, who shot herself on air during a 1974 broadcast. As far as anyone knows, her live suicide was the first such event in the then-brief history of television. For reasons that cannot be entirely a coincidence, Chubbuck is the approximate subject of two new films, this one and a more conventional drama called “Christine” that stars Rebecca Hall. (Both premiered at Sundance earlier this year; no distribution plans for “Christine” have been announced.)

What Sheil and Greene endeavor to do in “Kate Plays Christine” is push past the encrusted mythology and epochal significance and get a little closer to the real person and what she actually did. In a handwritten account found in front of her on the studio desk after the shooting, Chubbuck had exercised the precision and detachment of a trained journalist: This was a “suicide attempt” and she was now in critical condition at a local hospital, she had written. That was exactly how initial news accounts reported the story. Although Chubbuck had shot herself through the back of the head and suffered irreparable brain damage, she did not die for several hours.

At least in part, Chubbuck’s on-air suicide inspired Paddy Chayefsky to write the Oscar-winning screenplay for “Network,” one of the landmark American films of the 1970s. As Sheil observes during “Kate Plays Christine,” in Chayefsky’s fictional rendition the event was turned virtually upside down: A woman who was clearly suffering from profound depression, trapped in obscurity at a low-rated station in a second-tier city (at best), became the blustering, angry hero that Peter Finch played, the famous anchor of a national news broadcast. I don’t exactly interpret that as a criticism of Chayefsky or “Network,” a work that was aimed at a specific target and a broad national audience. It’s more an observation about the ingrained and often unconscious misogyny of American culture in general.

To paraphrase a local historian that Sheil meets in “Kate Plays Christine,” Christine Chubbuck died twice. She changed media history and lingers on in afterlife as a permanent asterisk every time someone else re-enacts a new iteration of the gruesome spectacle that she inaugurated. But the woman herself has almost literally been erased. Sheil has great difficulty finding anyone in Sarasota — which even by Florida standards is a city of tourists and transients — who remembers this semi-mythical event happened there, let alone anyone who knew Chubbuck personally. The TV station where Chubbuck worked no longer exists; the anonymous suburban building where she shot herself is now a dance studio; the gun store (really and truly called the Bullet Hole) where she bought her .38-caliber revolver has moved to a new location. (For reasons I cannot begin to fathom, the proprietor agrees to act out a scene in which Sheil, wearing her Chubbuck wig and costume, purchases the fateful weapon.)

In 1974, Chubbuck’s suicide was only briefly a news story and did not make the front page of any major national newspapers. One of the most striking interludes in “Kate Plays Christine” comes when Greene interpolates audio excerpts from evening news broadcasts. Walter Cronkite and John Chancellor calmly read brief, factual descriptions of this troubling event and then move on to other stories. There were no reports live from the scene, no interviews with neighbors or anguished relatives and no supposed experts offering instant analysis. There was no videotape, mercifully; no one would have even considered such a thing. Whether any recording of the Chubbuck shooting still exists, in fact, is not clear, although one was apparently made at the time. At any rate, none is publicly available on YouTube or anywhere else, according to “Kate Plays Christine.”

If a news anchor in Sarasota shot herself tonight, CNN and Fox News and MSNBC would talk about almost nothing else for five hours. They would show the clip over and over, stopping microseconds before the splatter, while titillating the audience with endless warnings about disturbing images and graphic content and sending the kids out of the room. Viewers would hear poorly sourced rumors about that person’s life and half-baked psychological and sociological hypotheses about what’s wrong with Our World Today. If “Kate Plays Christine” sounds like an irritating meta-movie, it pales in comparison to the meta-news that dominates cable TV.

I would simultaneously argue that Sheil and Greene go off the rails several times during “Kate Plays Christine,” most notably in their overly artful and self-conscious attempt to re-enact the shooting but also that they get viewers closer to the real Christine Chubbuck than I would have thought possible. Sheil finally does meet two of Chubbuck’s surviving co-workers who knew her well and who had been present in the studio during the fateful broadcast. One of them has a videotape of Chubbuck’s interview show, “Suncoast Digest,” from about 1972 or ’73, and briefly the news show host is shown in action. As a viewer it's impossible for me not to read what what I know about the end of this person’s life into the woman briefly encountered, who is hooded, elegant and difficult to read, with an unexpectedly mellifluous Southern accent.

Sheil never finds the character, I would say; Kate never quite plays Christine. I suspect she would agree. Perhaps Chubbuck was partly making a statement about the debased nature of media and TV news by shooting herself on the air, but she had no grand social or political mission in view like Peter Finch’s “Network” character. Like most suicides, she had lost touch with other people and the outside world to some significant degree, and was lost in a private drama unreadable by others. Before her demise, Chubbuck had just been rejected by a male co-worker and apparently had told her mother and her friends she had never had a successful romantic relationship.

But none of that private, female-coded turmoil accounts for the dramatic and public nature of Chubbuck’s act or for the fact that she shot herself in the head, which in the stereotypical language of suicide is a male-coded method. Greene and Sheil unearth a number of important clues without suggesting that any of them can explain everything. The cautious, journalistic tone of that handwritten note that Chubbuck left behind strikes me as crucial. She not only scripted her death for maximum impact but also tried to write the news story about it.

A Sarasota psychologist that Sheil interviews in the film expands on that idea: Almost no one talked about depression as a chronic mental illness in the 1970s, even though the pill-popping housewife and the desperate single woman were icons of the era. One doesn't have to defend Chubbuck’s gruesome and damaging action to perceive it as an attempt to “report” on a painful reality that she was unable to articulate. It was journalism, conducted by other means.

"Kate Plays Christine" is now playing at the IFC Center in New York, with other cities' and home video releases to follow.