Playing into the right's trap: The media is all too quick to go chasing phony Clinton scandals

As always with the Clintons, their enemies are again engaging in absurd overreach — and the press is playing along 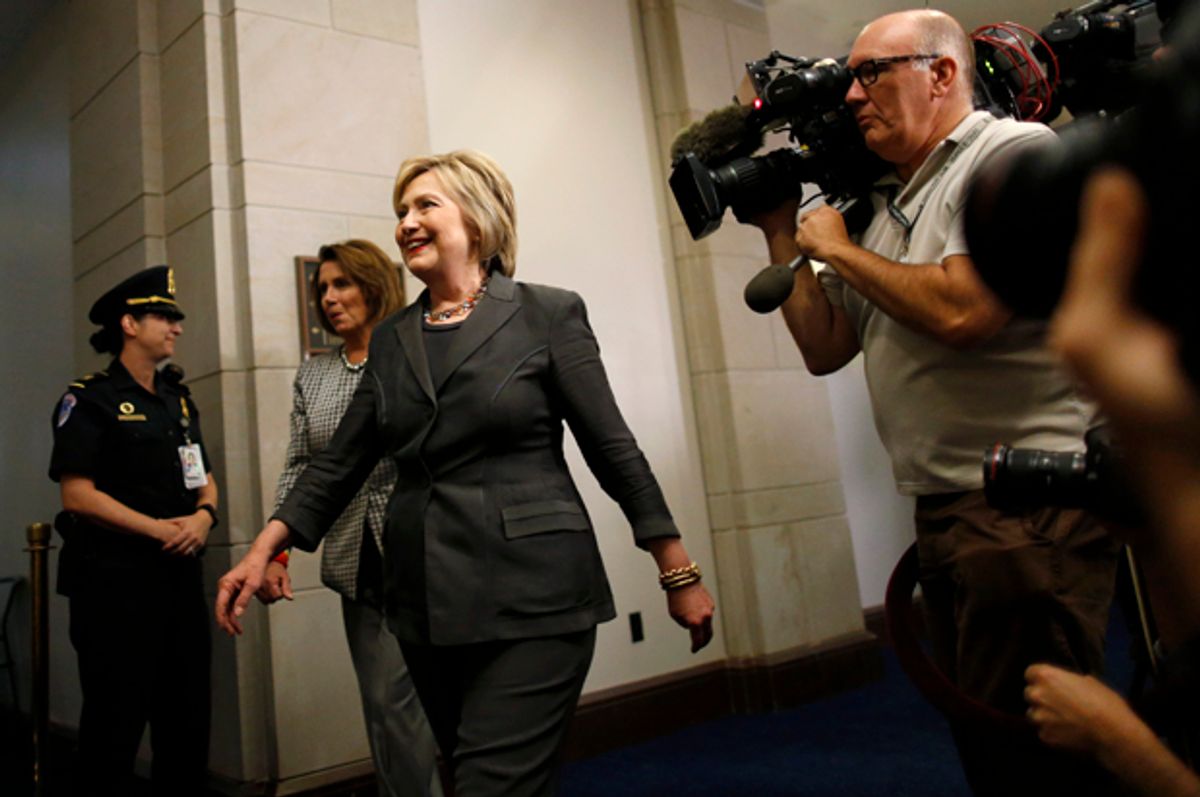 Stop me if you heard this story recently: The conservative legal group Judicial Watch releases a batch of State Department emails it obtained through lawsuits and FOIA requests, all related to the work of the Clinton Foundation. This results in a round of headlines proclaiming that Foundation donors tried to leverage their giving into access to Hillary Clinton while she was serving as Secretary of State. Political reporters write stories full of innuendo up front, waiting until around the tenth paragraph to reveal that those donors actually failed in their quests to trade donations for special meetings or other privileges with Clinton. Other writers look at the original stories and knock them down, and then we all go back to tweeting about the Kardashians or something.

Sound familiar? It should, because it happened two weeks ago, on Aug. 10, when Judicial Watch released 296 pages of emails, mostly from Clinton aide Huma Abedin’s email account, which showed a whole lot of maneuvering for meetings and favors and nothing in the way of results. If anything, Abedin looks to have been good at her of job of keeping thirsty rent-seekers away from her boss. The email release grabbed some attention for a news cycle or two, and then sank like a rock tossed into the ocean.

This past Monday, Judicial Watch released another 725 pages of emails, again mostly from Abedin’s account, and again seeming to show a lot of people asking for meetings or favors and getting a lot of nothing instead. The whole mishegas so far seems to be a replay of the big pile of zilch from two weeks ago.

This has not stopped much of the political media from acting, collectively, like a goldfish with a head injury. “Emails reveal how foundation donors got access to Clinton and her close aides at State Department” the Washington Post gravely intoned in its headline. The New York Times splashed its story on the front page, with exactly zero recognition that, with respect to email releases from Judicial Watch, it is the exact same story from two weeks ago. With respect to the overall emails dug up by the FBI and the State Department during their investigations of Clinton’s private email server, there is a good chance some in this latest batch are duplicates that have already been released.

But by treating this newest release as a major event instead of an ongoing series of drips from an old and rusty faucet, reporters from across the political spectrum can pretend, once again, that they have uncovered some “new” and troubling story implicating Clinton and her family’s foundation in some shady activity or other. The whole process will repeat itself in another couple of weeks when Judicial Watch, which has been chasing the Clintons since the 1990s, will release another batch of emails we can all scour in hopes of finding something untoward.

When it does, it will unleash another round of reporters complaining about Clinton refusing to hold press conferences where they can ask her 75 different ways about the emails and she can find 75 different ways of dodging the question. It will unleash another round of hand-wringing from pundits and politicians about why the Clintons should shut down the foundation, like, yesterday, with no explanation about why some of the work the organization has done in fighting, among other things, the AIDS epidemic in Africa, could or should suffer because a conservative legal organization founded by this guy uses regular email releases to keep a story showing no wrongdoing in the headlines.

As always with the Clintons, their enemies are once again engaging in overreach. And the press, including the august New York Times, is once again following those enemies down a rabbit hole where there is always a new revelation just around the corner that will finally allow someone to hold the couple accountable for something. And all the time spent chasing the shiny object of a smoking gun of an email obscures some of the genuinely substantive questions government watchdogs have raised about the intermingling of the Clinton Foundation’s business with Hillary Clinton’s governmental work and how the Clintons will need to disentangle themselves from such conflicts in the future.

And with these stories definitely outliving this presidential campaign, we can look forward to repeats of this story every few weeks for another four to eight years. Hooray.