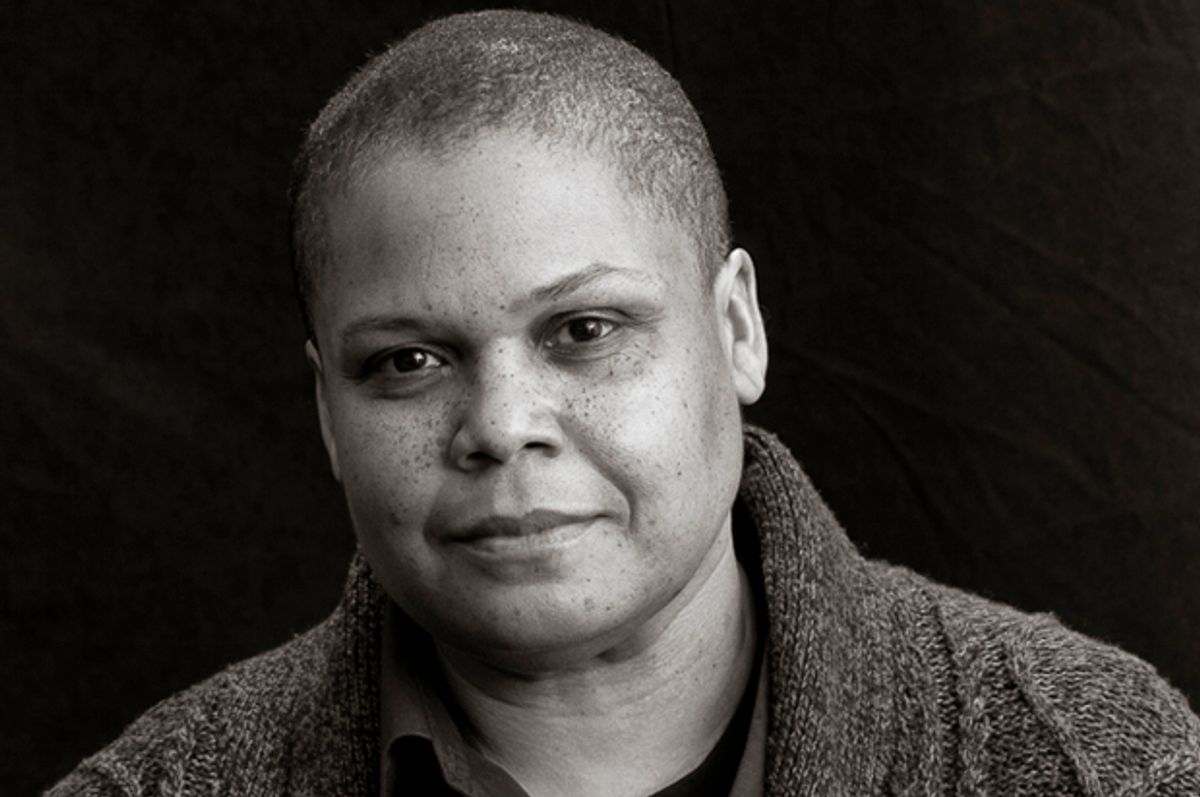 Black Lives Matter was a slogan coined by three queer black women after George Zimmerman killed Trayvon Martin four years ago. It exploded into a movement after Mike Brown was shot dead by a police officer in Ferguson, Missouri, in August 2014. Black Lives Matter, or the Movement for Black Lives, has exceeded any attempt to neatly define it and is much larger than any single group or leader; it’s a collective framework for black people across the country, politically engaged and otherwise, to articulate their grievances and demands.

But as movements grow and gain power, they must tackle the complicated work of building institutions capable of effecting systemic change. #BlackLivesMatter is a specific organization with leaders and a movement comprising many organizations, and many people who aren’t yet organized. It is also the organizing principle around which poor black people, excluded from economic security and targeted for incarceration and state violence, make their voices heard during spontaneous explosions of protest. Salon asked Keeanga-Yamahtta Taylor, a professor of African American studies at Princeton University, about the movement’s history and trajectory. Taylor is author of "From #BlackLivesMatter to Black Liberation." This interview has been edited for clarity and length.

You have had a long experience on the black left and with social movements. Where does Black Lives Matter fit into the history of black struggle?

I think that right now, the organizations at the center of BLM are decentralized and loosely affiliated with each other, but have shown that they can also come together for specific actions. I also think that BLM as a movement is much more expansive than that which exists within particular organizations. For example, hundreds of mostly white demonstrators marched in Minneapolis to protest the police murder of Philando Castile. In Chicago, one of the largest BLM protest marches in the city was organized by four young black women with no particular organizational affiliations. Chicago has also seen the involvement of organized labor — namely the Chicago Teachers Union. This has also happened in Oakland, where longshoremen shut down the Oakland ports in 2015 in an act of solidarity. When people mobilize to protest an act of police violence, the default slogan or chant is "Black Lives Matter."

In the same way that people, perhaps inaccurately, refer to the black insurgency of the late 1960s as a "Black Power Movement," this has a similar diffuse character. But, of course, the struggle by the end of the 1960s was much more advanced and developed politically because of the experiences people had in the earlier phases of the Civil Rights Movement. People's struggles were also informed by the struggles for national liberation and against colonialism throughout most of the Third World. BLM is emerging in a political vacuum. If anything, most of the political training people have is from their involvement in the nonprofit world.

But people are learning, as they do in every movement, and the different political poles are becoming more distinctly defined. Early on, in the midst of heavy courting from the political establishment, there was probably a more widespread idea that meetings with the president, high ranking officials of the Democratic Party or other powerful people could hasten the process; maybe there was a shortcut given our perceived proximity to political power. Instead, what some are learning is how the establishment uses these meetings for their own purposes — to create the appearance that "something" is happening while really not much is happening. Also, even as these meetings have happened over the last year and a half, not much if anything has changed about policing. The police are on pace to kill more people this year than they did last year.

Finally, of course, the main contribution of the BLM movement has been the ability to draw attention to the violence meted out against black women, including black trans women.

What is the relationship, then, between the large numbers of black people who have claimed Black Lives Matter as their own, who may or may not have formal relationships to any organization, and the leaders of various Movement for Black Lives organizations?

I don't necessarily think there is a relationship between the broad movement and those who have been identified as leaders within the movement. I think the clearest example of that played out in Baltimore with DeRay McKesson, who has been identified as a leader in the movement by the mainstream media, but who seemed to lack any real base of support in Baltimore where he ran for mayor. More generally, I think it’s difficult to say how well the leaders of organizations are known by ordinary people who come out to protests and who see themselves in some way or another a part of BLM protests. But what we can say is that there is a BLM "mood" that exists and it expresses itself in the demonstrations against police brutality or murder where the main slogan is "Black Lives Matter." It doesn't mean that these people are fully integrated into the movement or even have a consciousness about existing organizations or the names of the leaders of those organizations, but they are connecting with a broader consciousness that is determined to fight.

If the formal organizations and leaders don't have a strong connection to the broader movement, will the movement create new leaders and organizations? And should it? You describe a structure that is oftentimes spontaneous and decentralized — is that a strength, a weakness or both?

I think it is to be expected that in this movement to end police terror and the generally oppressive conditions that create the pretext for police to occupy working-class, black and Latino communities, we will see the emergence of new leaders and new political formations. Not only will we see it, but it will be a welcome development. Since the murder of Trayvon Martin we have seen this phenomenon, and there is no reason to believe that it will end. I think in some situations decentralization allows for groups of people to very quickly respond to events. There is no bureaucracy and no one to wait for. People can just act. I think over time this political approach becomes more complicated. And so over the last year we've seen within the Black Lives Matter movement more conversation and more communication over strategy and overall movement objectives. The outcome was the fantastic document, the political platform from the Movement for Black Lives.

That brings me to the next question I wanted to ask. What do you see as most significant about this platform, in its drafting process and outcome?

The Movement for Black Lives Platform is an important milestone in the movement. It demonstrates in action how police violence and abuse is only one aspect of state-sanctioned violence in the lives of black and brown people. We have to understand police brutality and murder within the context of an overall assault on the neighborhoods and communities that we live in. Where other public policies have failed — in terms of creating well-resourced schools, good jobs with benefits, decent housing and well funded hospitals — policing has become the public policy of last resort. The police are used to attend to the products of this inequality, and in the process we have to understand the ways they actually stoke crime and reinforce and deepen poverty. The movement platform gets all of this and then discusses what alternatives could look like. It’s an incredibly important document. This document is not concerned with getting cozy with those in power. It is principled and powerful. It’s a document that won't get you an invitation to the White House. But it’s a document that says, "We don't want an invitation, we want liberation."

I think the next step is how we go from articulating our demands, what we want, to creating the kind of movement that can go into motion around any number of the issues raised. We need a bigger and more democratic movement that collaborates and strategizes across regions. But this is all a process, and there are no shortcuts. The means by which the platform was created speaks to that process. It has been in the works for more than a year. Different groups and individuals have been meeting and discussing this for months. It’s a very exciting development.