Inaction on Zika is a public health crisis: As the virus spreads, Congress pinches pennies 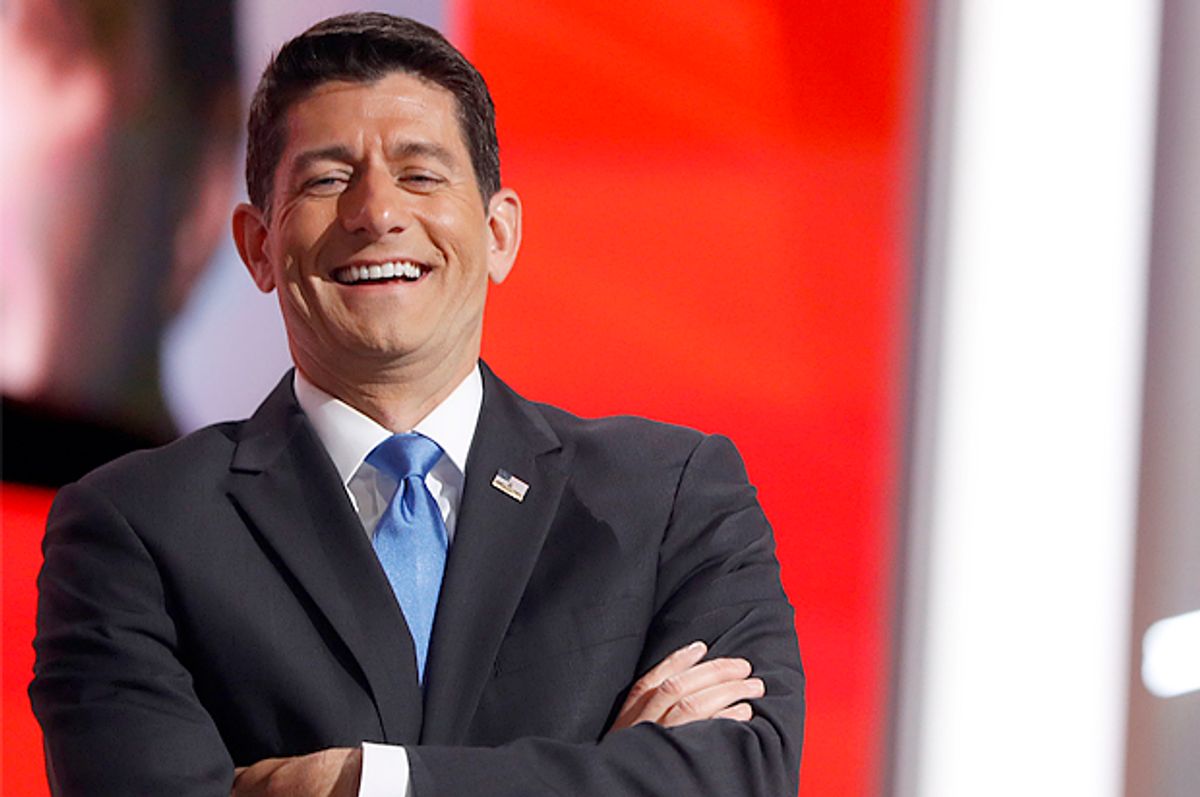 Survey after survey has confirmed that a majority of Americans hold members of Congress in contempt for being self-serving and more concerned with raising campaign cash from their lobbyist paymasters than acting in the public interest. We have no better example of this than Congress’ adjournment this summer without reaching a deal on $1.1 billion in critical funding to fight the spread of the mosquito-carried Zika virus.

What we have here is another example of a callous disregard for women’s health and, ironically, for the unborn children that millions of them are carrying, even as the Zika virus spreads. Republicans love the unborn as an abstract concept. But when it comes to the flesh and blood of actual fetuses and the money it costs to keep them healthy, not so much.

For most people the Zika virus is not dangerous. It's likely to bring mild symptoms that may include fever, rash, joint pain, conjunctivitis, headaches and muscle pain. Most people who get it won't need to be hospitalized and will get better without complications. But for pregnant women, or women of childbearing years, the CDC warns that a Zika infection can result in “microcephaly and other severe fetal brain defects ... Including eye defects, hearing loss, and impaired growth.” Experts concede there’s much about Zika they still do not fully understand. There is no vaccine at this point.

For months, before Congress skipped town for its summer vacation, public health officials were doing their best to sound the alarm of what was at stake.

To get the full scale of Congress’s culpability and reckless disregard for their constituents, consider that the first warnings we had came from Brazil’s public health community in November, when Zika was tied to microcephaly. Zika was first flagged in 1947 in monkeys in Uganda and detected in humans in 1952, though it wasn't until this recent outbreak that anyone thought of it as more than another disease with vaguely flu-like symptoms.

In January, the World Health Organization raised concerns that since Brazil had first reported the disease in May of 2015, it had spread beyond Brazil “to 22 other countries and territories in the region."

WHO convened an emergency summit on the emerging crisis in Geneva last February, at which it confirmed what Brazilians already knew:

Arrival of the virus in some countries of the Americas, notably Brazil, has been associated with a steep increase in the birth of babies with abnormally small heads and in cases of Guillain-Barré syndrome, a poorly understood condition in which the immune system attacks the nervous system, sometimes resulting in paralysis.

On Feb. 8, wasting no time, almost as if lives depended on it, the White House issued a comprehensive fact sheet on what was collectively known at the time about the virus. The administration made its case for $1.8 billion in funding, warning that the nation needed to move “aggressively” because “there is much that we do not yet know about Zika and its relationship to the poor health outcomes that are being reported in Zika-affected areas.”

In March, the Washington Post quoted WHO Director General Margaret Chan saying, "The status of Zika has changed from a mild medical curiosity to a disease with severe public health implications." The possibility that the bite of a single Zika-infected mosquito could be linked to severe fetal abnormalities, she said, had "alarmed the public and astonished scientists.”

That same month, on a conference call with reporters, Dr. Tom Frieden, director of the Centers for Disease Control, said that the Zika funding requested by the White House was “urgently needed." "Never before have we had a mosquito-borne infection that could cause serious birth defects on a large scale," Frieden continued. "I’m very concerned that before the year is out there could be hundreds of thousands of Zika infections in Puerto Rico and thousands of infected pregnant women."

Frieden did his best to press the case for quick Congressional action. “The pregnant women who are at risk are members of families, they're members of communities,” he said. “They’re in Puerto Rico, in a community that's experiencing really enormous challenges economically and otherwise now, and we know the cost of caring for one infant with a birth defect can be up to $10 million or more.”

We don't really know where these mosquitoes are in the U.S. The maps on our website are very clearly tagged with the comment that they are both incomplete and out of date. They depend to a great degree on local mosquito-control activities, which vary enormously in their level of resources and the intensity with which they do surveillance. It also limits our ability to set up long-term studies to understand what happens to women who become infected with Zika while pregnant.

On the same call in March, Dr. Anthony Fauci, director of the National Institute of Allergy and Infectious Diseases, warned that a delay in congressional funding would “slow down a number of things, not just [the development of a] vaccine -- but a vaccine is the most concrete one.”

Scroll forward several months, and local Zika monitoring and eradication efforts are in full swing from Florida to New York, despite Congress' inaction. This month the CDC issued travel advisories for pregnant women for Miami-Dade County, “because active local transmission of Zika has been confirmed.” The CDC has had to shift resources from other critical public health initiatives because Congress failed to act.

CDC also warned that “women and men who live in, or who have traveled to the designated area of Miami Beach since July 14, 2016 should be aware of active Zika virus transmission; pregnant women should see their doctor or other healthcare provider about getting tested for Zika; and people who have a pregnant sex partner should consistently and correctly use condoms to prevent infection during sex or avoid having sex for the duration of the pregnancy.”

Going forward, CDC has suggested that people concerned about potential Zika virus exposure should “consider postponing nonessential travel to all parts of Miami-Dade County,” and has directed that all pregnant women in the U.S. "should be evaluated for possible Zika virus exposure during each prenatal care visit.”

The latest CDC reports indicate there are now close to 2,500 travel-related cases of the Zika virus distributed across every state except Wyoming and Alaska. New York reported 600, Florida 471 and California 152. According to this data only Florida has locally-contracted cases, with 29 reported. Puerto Rico has 8,700 locally-contracted cases.

Joe Conlon is a retired Navy entomologist who helped combat mosquito-borne diseases in 37 countries during his 25-year career, and now is a technical advisor to the American Mosquito Control Association. “What will make this disease spread will be the people with the attitude that they don’t need to take precautions because, ‘Hey, I am 55 and I am not going to have any kids, so why do I care?’," Conlon said in an interview. While the virus can be sexually transmitted, it can also be transmitted from an infected to an uninfected person through the bite of a mosquito.

Conlon says that Congress’ failure to act only served to reinforce a broader complacency about combatting the Aedes species mosquito that carries Zika. “You don’t feel the sting," he said, "and it can infect 10 to 15 people in an hour.”

Conlon says getting rid of standing water in backyards and used tires  and eliminating potential breeding grounds are among measures the general public can take to fight the spread of Zika. “It just has to be socially unacceptable to let mosquitoes grow in your backyard," he said.

But that broad community engagement has to be matched with financial support from the national government, which so far has been lacking. “This is a cryptic mosquito that knows how to adapt," Conlon said. "Before you come up with an eradication plan, you have to conduct labor-intensive local surveillance so your plan is effective, and then you have to follow up to make sure it worked.”