The Personal Responsibility: How racism has shaped welfare policy in America since 1935

It's the 20th anniversary of Bill Clinton's promise to "end welfare as we know it," but not much has changed 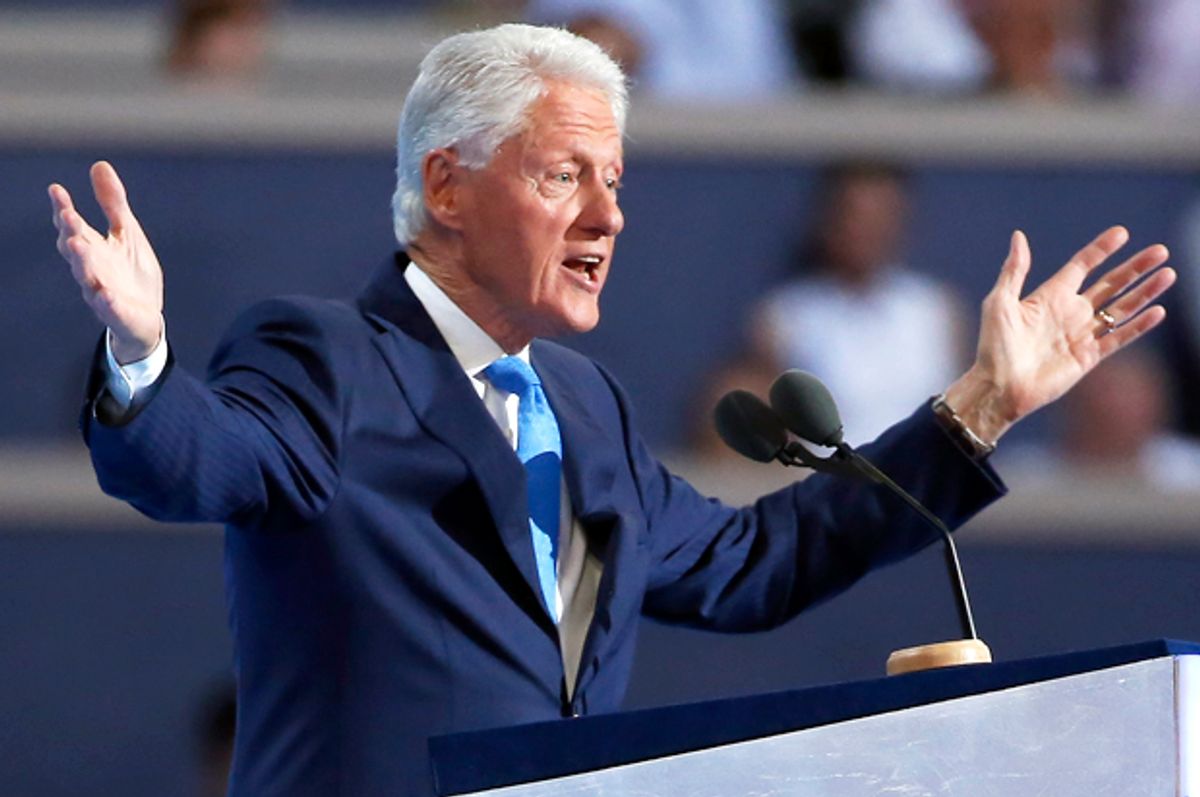 A recent UNICEF report found that the United States ranked 34th on the list of 35 developed countries surveyed on the well-being of children. According to the Pew Institute, children under the age of 18 are the most impoverished age population of Americans, and African-American children are almost four times as likely as white children to be in poverty.

These findings are alarming, not least because they come on the 20th anniversary of President Clinton’s promise to “end welfare as we know it” with his signing into law, on Aug. 23, 1996, the Personal Responsibility and Work Opportunity Reconciliation Act (P.L. 104-193).

It is true that the data show the number of families receiving cash assistance fell from 12.3 million in 1996 to current levels of 4.1 million as reported by The New York Times. But it is also true that child poverty rates for black children remain stubbornly high in the United States.

My research indicates that this didn’t happen by chance. In a recent book, I examine social welfare policy developments in America over a 50-year period from the New Deal to the 1996 reforms. Findings reveal that U.S. welfare policies have, from their very inception, been discriminatory.

Blemished by a history of discrimination

It was the 1935 Social Security Act, introduced by the Franklin Roosevelt administration, that first committed the country to the safety net philosophy.

From the beginning, the policy had two tiers that intended to protect families from loss of income.

On one level were the contributory social insurance programs that provided income support to the surviving dependents of workers in the event of their death or incapacitation and Social Security for retired older Americans.

The second tier was made up of means-tested public assistance programs that included what was originally called the “Aid to Dependent Children” program and was subsequently renamed the Aid to Families with Dependent Children in the 1962 Public Welfare Amendments to the SSA under the Kennedy administration.

The optimistic vision of the architects of the ADC program was that it would die “a natural death” with the rising quality of life in the country as a whole, resulting in more families becoming eligible for the work-related social insurance programs.

But this scenario was problematic for black Americans because of pervasive racial discrimination in employment in the decades of the 1930s and 1940s. During these decades, blacks typically worked in menial jobs. Not tied to the formal workforce, they were paid in cash and “off the books,” making them ineligible for social insurance programs that called for contributions through payroll taxes from both employers and employees.

Nor did blacks fare much better under ADC during these years.

The ADC was an extension of the state-operated mothers’ pension programs, where white widows were the primary beneficiaries. The criteria for eligibility and need were state-determined, so blacks continued to be barred from full participation because the country operated under the “separate but equal” doctrine adopted by the Supreme Court in 1896.

Jim Crow Laws and the separate but equal doctrine resulted in the creation of a two-track service delivery system in both law and custom, one for whites and one for blacks that were anything but equal.

Developments in the 1950s and ‘60’s further disadvantaged black families.

This happened when states stepped up efforts to reduce ADC enrollment and costs. As I examined in my book, residency requirements were proposed so as to bar blacks migrating from the South to qualify for the program. New York City’s “man in the house rule” required welfare workers to make unannounced visits to determine if fathers were living in the home — if evidence of a male presence was found, cases were closed and welfare checks discontinued.

Because of the strong American work ethic, and preference for a “hand up” versus a “hand-out,” the means-tested, cash assistance programs for poor families — and especially ADC renamed AFDC — have never been popular among Americans. As FDR himself said in his 1935 State of the Union address to Congress, “the government must and shall quit this business of relief."

One point, however, to note here is that there has always been a public misconception about race and welfare. It is true that over the years blacks became disproportionately represented. But given that whites constitute a majority of the population, numerically they have always been the largest users of the AFDC program.

Holes in the safety net

The retreat from the safety net philosophy can be dated to the presidencies of Richard Nixon and Ronald Reagan.

On the one hand, politicians wanted to reduce the cost of welfare. Under Reagan policies of New Federalism, social welfare expenditures were capped and responsibility for programs for poor families given back to states.

On the other hand, the demographic shift in the welfare rolls exacerbated the politics around welfare and racialized the debate.

“There’s a woman in Chicago. She has 80 names, 30 addressees, 12 Social Security cards and is collecting veterans’ benefits on four nonexistent deceased husbands. She’s got Medicaid, is getting food stamps and welfare under each of her names. Her tax-free cash income alone is over $150,000.”

Reagan’s assertions that the homeless were living on the streets by choice played to conventional wisdom about the causes of poverty, blamed poor people for their own misfortune and helped disparage government programs to help the poor.

By the late 1990s efforts of reforms targeting the AFDC program shifted to more nuanced forms of racism with claims that the program encouraged out-of-wedlock births, irresponsible fatherhood and intergenerational dependency.

The political context for the 1996 reforms, then, was fueled by racist undertones that played into public angst about rising taxes and the national debt that were attributed to the high payout of welfare checks to people who were not carrying their own weight.

This emotionally charged environment distorted the poverty debate and paved the way for a reform bill that many saw as excessively punitive in its harsh treatment of poor families.

Although credited to the Clinton administration, the blueprint for the 1996 welfare reform bill was crafted by a caucus of conservative Republicans led by Newt Gingrich as part of the Contract with America during the 1994 congressional election campaign.

Twice President Clinton vetoed the welfare reform bill sent to him by the GOP-dominated Congress. The third time he signed, creating much controversy, including the resignation of his own adviser on welfare reform, the leading scholar on poverty David Ellwood.

The new bill replaced the AFDC program with Temporary Assistance to Needy Families (TANF). Stricter work requirements required single mothers to find work within two years of receiving benefits. A five-year lifetime limit was imposed for receiving benefits. To reinforce traditional family values, a core principle of the Republican Party, teenage mothers were to be prohibited benefits, and fathers who were delinquent in child support payments were threatened with imprisonment. States were banned from using federally funded TANF for certain groups of immigrants and restrictions were placed on their eligibility to Medicaid, food stamps and Supplementary Social Security Income (SSI).

Despite many bleak predictions, favorable outcomes were reported on the 10th anniversary of the bill’s signing. Welfare rolls had declined. Mothers had moved from welfare to work and children had benefited psychologically from having an employed parent.

However, the volume of research generated at the 10-year benchmark has not been matched, in my observation, by that produced in years leading up to the 20-year anniversary.

More research in particular is needed to understand what is happening with families who have left welfare rolls because of passing the five-year lifetime limit for receiving benefits but have not sustained a foothold in an ever-increasing specialized workforce.

U.S. welfare policy is, arguably, as much a reflection of its economic policies as it is of the nation’s troublesome history of racism.

In the words of President Obama, racism is a part of America’s DNA and history. Similarly, the notion that anyone who is willing to work hard can be rich is just as much a part of that DNA. Both have played an equal role in constraining adequate policy development for poor families and have been especially harmful to poor black families.

Racism has left an indelible mark on American institutions. In particular, it influences how we understand the causes of poverty and how we develop solutions for ending it.

Indeed, with the continual unraveling of the safety net, the 20th anniversary of welfare reforms can be an impetus for taking a closer look at how racism has shaped welfare policy in the United States and to what extent it accounts for the persistently high poverty rates for black children.