They have the money and the political power: Wealthy whites are more represented than people of color at every level of government 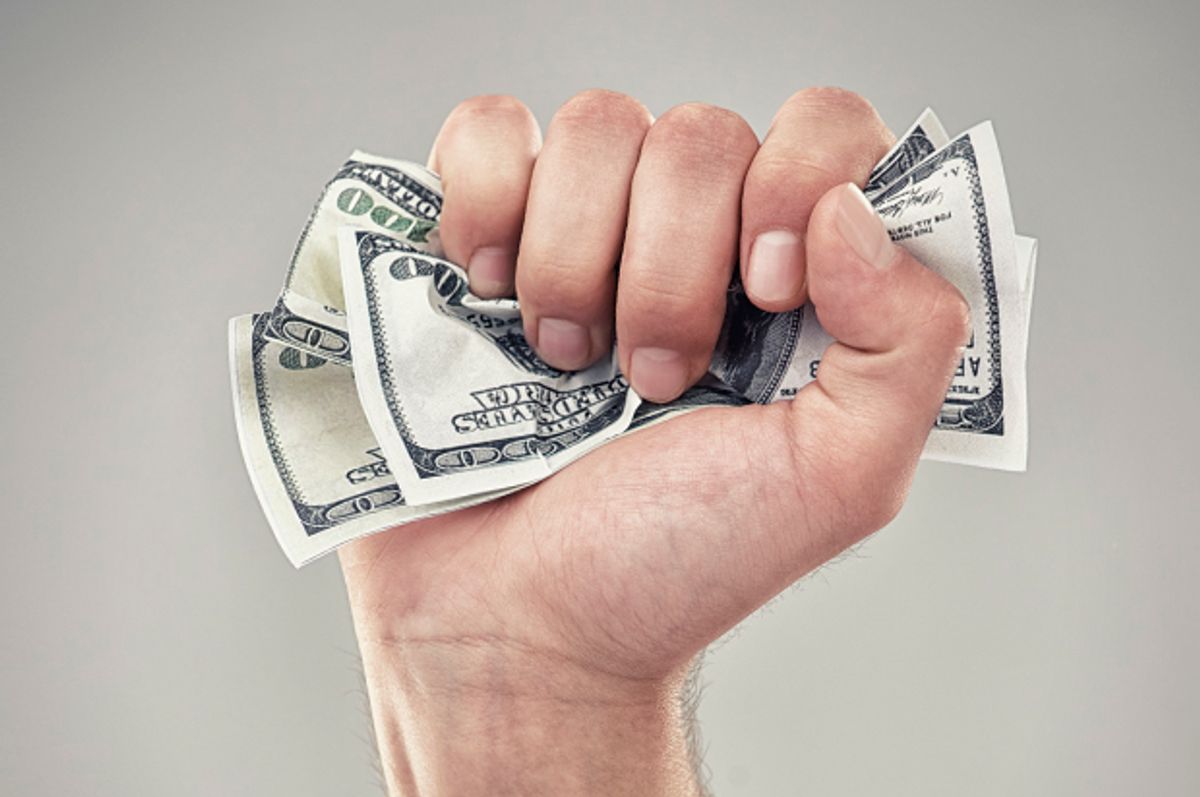 The rich continue to pay fewer taxes, and get more services (Yuri_Arcurs via iStock)
--

Though much political science research and news coverage focuses on federal and state level politics, most Americans interact far more often with municipal government. Yet research at this level is difficult: The data available is sparse and tends to be of uneven quality. New research by leading scholars, however, suggests that municipal representation is as unequal as national representation, and that wealthy whites get more representation than low-income people and people of color.

For many Americans, municipal governance affects their lives far more than far off Washington bureaucrats. Though the increasing “nationalization” of elections and the destruction of local media make it difficult for Americans to keep apace, city politics have large effects on them personally. According to the Census Bureau, in 2012 all levels of government (federal, state and local) employed 22 million people. Of those employees, 14 million, or 73 percent were local employees.

After Michael Brown was killed in Ferguson, Missouri, reporters noted that though the city was 29 percent white, five out of six city council members and the mayor were white. (Increased turnout among black residents has lead to a more diverse council.) As political scientists Brian Schaffner, Wouter Van Erve and Ray LaRaja have documented, while there weren’t large turnout gaps between black and white residents in the 2012 presidential election, there were large disparities in the midterm election (see chart). In a report that I provided research assistance for, Demos policy analyst Karen Shanton finds that city councils in diverse cities are frequently far whiter than the community they represent. Using the International City/County Management Association’s 2011 Municipal Form of Government Survey, Demos has found that 1 in 6 African-Americans live in a community where they are underrepresented on their council (compared with 1 in 66 whites). About 77,000 African-Americans live in communities where they make up more than half of the population but hold only one or even no seats on the local council.

Disparities at the municipal level

In an early and pioneering study on representation at the municipal level, political scientists Chris Tausanovitch and Christopher Warshaw used survey data to measure the policy conservatism (or liberalism) of every town or city with a population that's greater than 20,000. They have found that policies, such as how much cities tax and spend and how regressive their taxes are, tend to reflect the ideology of citizens. They also have observed that preferences at the municipal and federal levels tend to be quite consistent. (There are few people who want to live in a conservative city under a liberal federal government.) Tausanovitch and Warshaw also discerned that variations in political structure don’t dramatically affect representation.

Their pioneering work was unable to study key questions, however, such as whether race and class affect representation. Rather than use survey data, Brian Schaffner, Jesse Rhodes and Ray La Raja employ the ideology measure developed by Catalist, a data vendor used by progressive organizations and campaigns for voter targeting. This allows for granular analysis, because Catalist has an estimate of ideology, race (except when it is on the voter file) and wealth for every American. In a new working paper, discussed here for the first time, Schaffner, Rhodes and Raja have found that municipal governments are more responsive to the preferences of white people and wealthy individuals. To examine representation, Schaffner, Rhodes and Raja explored two measures shown in the charts below. First, they used a measure called “distance in means.” Put simply, they take the mean of the ideology of citizens (measured on a 0 to 100 scale, with 0 being the most conservative) compared with the mean for the ideologies of members of the city council. Second, they use a measure called “overlap in distributions,” which compares how similarly the distributions of ideology compare (using a Bhattacharyya coefficient, a measure of overlap that goes from 0 to 1, with zero indicating no overlap).

The chart below helps illustrate how this works. On the top, the charts show three cities where the council members represent the low-income citizens well: The distribution of council members’ ideology on a right to left continuum, represented by the blue bars  is similar to the distribution that of the low-income citizens, represented by the green line. The taller bars represent when multiple members have a similar ideological score.

On the bottom are three cities where the ideological makeup of the elected officials is not representative of the ideology of the low-income citizens. The ideologies of these officials are all more conservative (a lower score indicates more conservatism) than the preferences of the low-income citizens. This lack of representation is the norm throughout the sample. Schaffner told Salon, “The average member of a town/city council is 10 points more conservative than the average member of the low wealth group." The charts below show for 449 towns the relationships between group size and representation, using both measures discussed above (and indicating for each town the arithmetic mean for the ideology of citizens there). In the top charts, a lower score means more representation because the gap between preferences of the constituents and preferences of council members are closer.  In the bottom charts, a higher score suggests more representation because it indicates more overlap between the council members and the group. The charts suggest that white representation is relatively stable no matter what share of the population they represent. Summarizing their work, Schaffner told Salon, “Scholars have documented disturbing inequalities at the state and federal level; we find that these inequalities exist at the municipal level as well."

Added Schaffner: "Our findings suggests that in town councils that deal with issues central to people's lives — their children's schools, policing and their community — the rich rule. And they rule regardless of how little of the town's population they comprise.”

There are numerous factors that could contribute to this: For one, as leading scholars on municipal politics Jessica Trounstine and Zoltan Hajnal have shown, turnout is far lower and more stratified by race and class in city elections than for national ones. They also find that higher turnout could increase representation for people of color and lead to better legislative outcomes. Campaign finance could also play a role. My research on Chicago, Washington, D.C. and Miami-Dade County has found that the political donors in these communities are overwhelmingly white, male and wealthy.

Wealthy people are also more likely to contact their representatives. In their study of the wealthy, Jason Seawright, Larry Bartels and Benjamin Page found, "Most of our respondents supplied the title or position of the federal government official with whom they had their most important recent contact. Several offered the officials’ names, occasionally indicating that they were on a first-name basis" with, say, Rahm Emanuel, then President Obama’s chief of staff, or David Axelrod, his former chief political counsel.

These researchers determined that 55 percent of the wealthy in their survey reported having contacted public officials, compared to just 21 percent of those with an income below 30,000. Former state Senator and political scientist Jeff Smith has found that constituent contact affects the passage of bills, suggesting that this inequality in interactions could affect legislative outcomes. Economist James  Feigenbaum and political scientist Andrew Hall have uncovered, “Higher-income census tracts make more requests for government services.” High-income citizens are also more likely to use smartphones to request services.

Feigenbaum and Hall find that this disparity in making requests also leads to inequality in service delivery. A robust public financing system and on-cycle elections (when local elections synchronize with national ones) would increase representation. In addition, mobilizing and organizing working-class constituents would also lead to better representation. The difficulty is mobilizing Americans to participate in a system that all too often ignores their preferences.