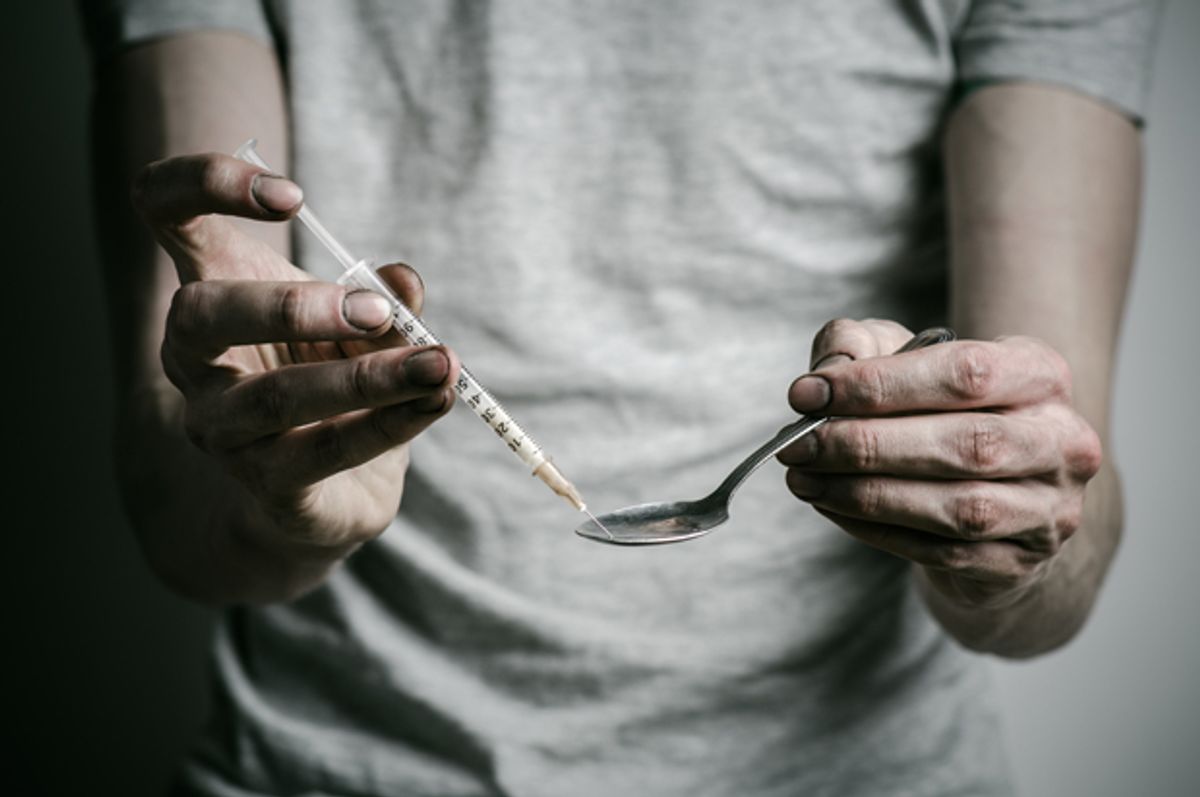 A drug normally used to tranquilize livestock and elephants is now being ingested by human users to disastrous ends and may have contributed to a recent spate of overdoses in Cincinnati. It’s a powerful opioid called carfentanil, and is only the latest such drug with a funny name to burst onto the national scene: Fentanyl now rivals heroin as a leading cause of overdose deaths, and another drug called Opana fueled an HIV epidemic in Indiana. But as the opioid crisis cuts its widening swath across the country, an important fact often remains invisible: Heroin prohibition is driving the problem, not fixing it.

Legalizing and regulating unsavory drugs remains a controversial proposition. For many people, legalization and regulation seem to confer or imply approval. But the logic behind doing so is straightforward: the most dangerous things about opioid addiction, including ingesting drugs of unknown provenance and quality, and disastrously reorganizing one’s life to pay for a fix, are in large part byproducts of a drug’s illegal status.

Prohibiting dangerous substances has not only clearly failed to keep people from using them, it has also made the use of those substances more dangerous. And it has incentivized the rise of more dangerous opiates, because drug traffickers benefit from packing the highest level of potency into the smallest shipment at the lowest cost possible. To the extent that people who take fentanyl largely would prefer heroin, access to regulated heroin used under medical supervision would keep many from dying by overdose, and would help drive more potent narcotic interlopers like fentanyl from the market.

This is a debate worth having, and a debate that can be won. Most people, if they really think about it, oppose heroin for common-sense reasons, not as an end but as a means. The idea isn’t simply that we don’t want people to use heroin. More importantly, we don’t want people to use heroin because it so often makes them sick, miserable or dead. So the goal should be to reduce, as dramatically as possible, the sickness, misery and death associated with the drug’s use. Heroin prohibition isn’t the way to do that. In fact, it causes more of everything we don’t want.

These are the basic arguments undergirding a philosophy known as harm reduction. It’s an approach that, now more than ever, is winning new adherents. Officials in some states and cities are exploring the creation of supervised drug use sites, which has shown evidence of decreasing overdose deaths in Vancouver, Canada. In Maryland, one lawmaker has introduced legislation that would make pharmaceutical heroin, overseen by a doctor, available to users in some cases. Just last year, the federal government finally lifted its ban on funding needle exchanges. Harm reduction measures don’t encourage people to use drugs. In fact, they can make it easier for people to seek and access treatment when they are ready — treatment that they’ll be in a better position to make use of if their lives haven’t been destroyed beforehand.

The drug war has lost credibility with the public because it is a demonstrable failure, and law enforcement has in many places shifted to handling drug addiction as a matter of public health. That’s a good first step. As a recent New York Times investigation makes clear, it’s not happening everywhere: Many rural and suburban areas are cracking down harder than ever, even as cities ease up. And some prosecutors, including United States Attorneys' offices under the Obama administration, are in some cases pursuing unusually harsh sentences against opioid dealers, in the mistaken belief that it will ease the crisis. Even when it comes to drug users, the U.S. is far from embracing decriminalization, as Portugal has done with great success.

Locking up drug dealers doesn’t stop the flow of drugs, and keeping drug users out of jail isn’t enough to keep them safe. The only way to confront the overdose crisis is to replace the underground criminal market with an aboveground legal market, turning a profit opportunity for drug cartels into a government-supervised public health endeavor. We can’t limit drug legalization to drugs we don’t think are that bad in the first place, like marijuana. Too many people are dying. The war against drugs, all drugs, is making things worse.