Zika on steroids: How the Christian Right's sex hangups turn Zika into a bigger crisis

God may have created the virus, but the Religious Right has turned it into a devastating epidemic 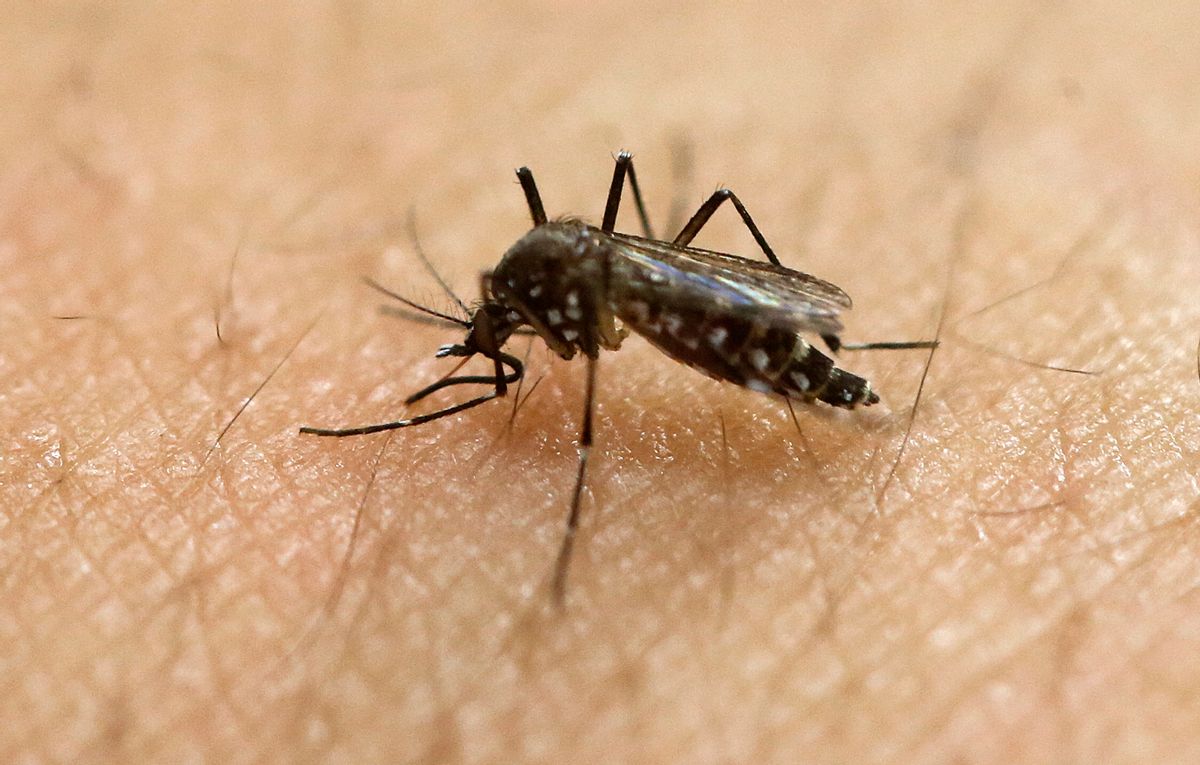 FILE - In this Jan. 18, 2016, file photo, a female Aedes aegypti mosquito acquires a blood meal on the arm of a researcher at the Biomedical Sciences Institute in the Sao Paulo's University in Sao Paulo, Brazil. The CDC is working with Florida health officials to investigate what could be the first Zika infection from a mosquito bite in the continental United States. They said Tuesday, July 19, 2016, lab tests confirm a person in the Miami area is infected with the Zika virus, and there may not be any connection to someone traveling outside the country. (AP Photo/Andre Penner, File) (AP)
--

Zika could have been an ordinary epidemic, like the ever-changing influenza that emerges each winter and spreads across the Northern Hemisphere with sad but rare complications. But the Religious Right’s antagonism to birth control and abortion — and honest conversation about sex in general — has transformed the Zika epidemic into a nightmare that will devastate lives for an entire generation.

In the absence of pregnancy, Zika usually isn’t a big deal. Only one in five people who contract Zika experience symptoms, and those who do mostly feel like they’ve gotten the flu. This is not to say Zika never does lasting harm to adults, just that, like the flu, those cases appear to be rare.

The difference, as most people now know, is that getting Zika while pregnant is really, really bad. The virus attacks the fetal nervous system, eating brain structures that have already developed and blocking development of others. Even babies who look normal may be damaged for life.

Unlike the flu, when it comes to Zika, pregnancy prevention or timing is everything.

Even if Zika spreads across its potential range of 41 states, a quick and targeted response could make lasting harm rare, at least within U.S. borders. The solution is simple and relatively cheap, but it consists of policies that the sex-obsessed, patriarchy-protecting Religious Right has been opposing for decades:

Each of these steps is easier and cheaper than trying to eradicate mosquitos, prevent people from getting bitten, or develop and distribute a vaccine. With existing contraceptive knowledge and technologies, birth defects from Zika could drop to near zero. The problem is not a lack of means; it’s a lack of will brought on by religious teachings that generate resistance and controversy around anything that has to do with sex, gender roles or reproduction.

You reap what you sow

No matter what, tragic birth defects from Zika would have hit some families as the virus spreads out of Africa where it is endemic (and where most women appear to have immunity before they reach reproductive age). But without relentless promotion of ignorance and falsehood by priests and pastors — without anti-contraception campaigning by the Vatican in particular — birth defects from Zika would be a small fraction of what humanity now faces.

Religious conservatives claim to love women and babies, especially unborn babies, but this claim is pure self-deception by biblical standards. The writer of Matthew warns of men who claim to speak for God but actually don’t. He says, “By their fruit ye shall know them.”

What are the fruits of conservative Christian hostility toward judicious, planned, intentional parenthood? For generations, humanity has been battered by preventable harms from ill-timed and unwanted pregnancy: children bearing children in hopeless poverty, education foregone, abuse and neglect, family conflict triggered by stress, armed conflict triggered by population pressures and resource depletion; and starvation, illness and death.

If the church hadn’t thrown its wealth and weight against family planning programs in the 1960s and every decade since, who knows how different life on Earth might be right now. Zika merely ups the ante.

And the conservative Christian solution to it all? More prayer and less sex.

If they actually loved babies

Actions speak louder than pious words. If God’s self-proclaimed messengers actually loved women and children more than they love power and tradition, they would admit they have been wrong and would do what’s best for healthy families:

The Zika wave will sweep over the Americas, and as immunity grows rates of infection will likely drop off. In that case, the suffering caused by church hostility to sexuality education and family planning will drop back to more familiar levels. But right now Zika presents a rare opportunity for religious leaders to show that they are not, as they often appear, so busy defending dogma that they have become morally bankrupt.