Breaking: "The New York Times is hiring a gender editor and I am the only (wo)man for the job!": The Greatest Living American Writer 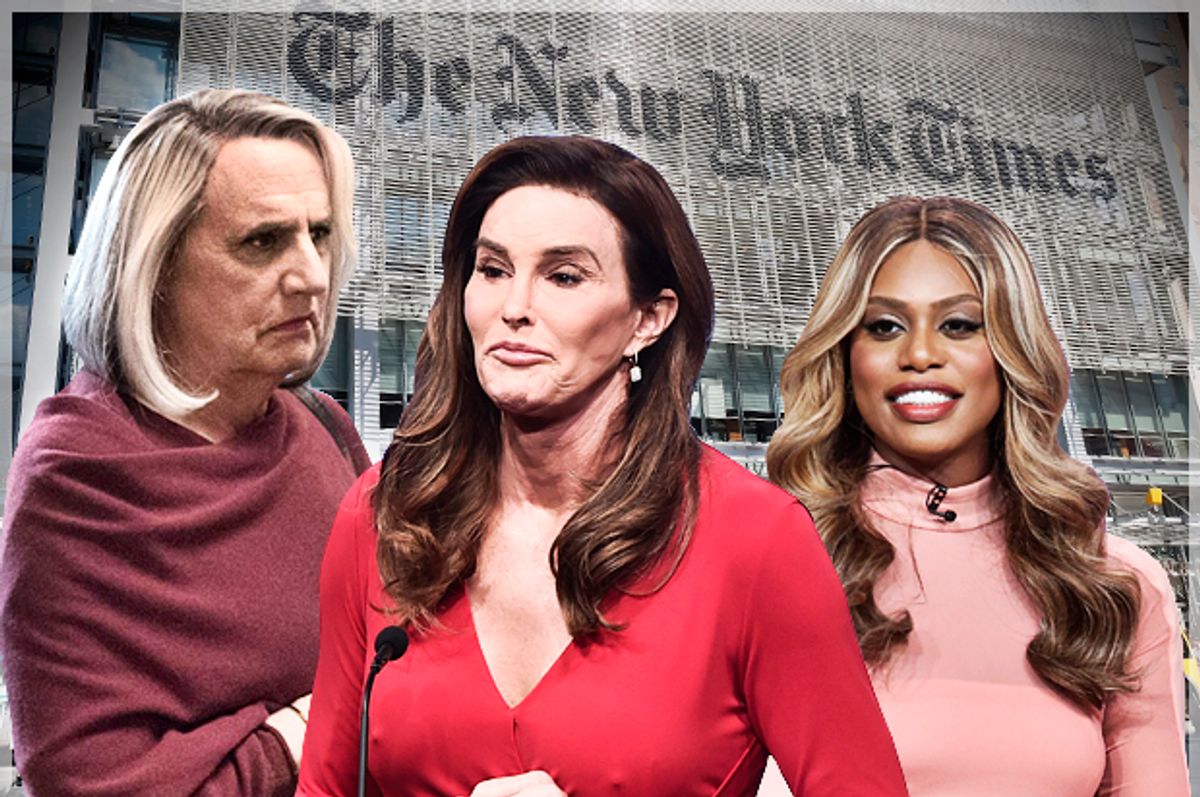 As the Greatest Living American Writer, I have always sat at the dripping rim of contemporary thought when it comes to gender mores. As early as 1957, The Partisan Review named me one of “The Transgressives” in American literature, along with James Baldwin, Gore Vidal and several interchangeable women whose names have been lost to history. In 1963, I wrote a groundbreaking novella about gender identity, "Moira Brackenridge," followed by a somewhat-less-groundbreaking but still amusing sequel, "Marvin."

I also haven’t been afraid to take a counter-stand against the march of gender. All writers who have intellectual courage must present bulwarks against disparate evils like the theory of evolution, Mother Teresa or capitalism. That’s why I wrote my 1975 treatise "Hell Books: The Dangerous Advance of Bell Hooks," and spent the years 1987 to 1989 fighting off a new gender studies curriculum at the University of Chicago by slut-shaming several of my fellow professors, while also publishing a sympathetic Phyllis Schlafly biography called "A Woman Apart: A Part of a Woman." Like many gender experts, I go both ways. Regardless when it comes to writing about gender, no one who’s ever written about gender, no matter what gender, has written about it better than I have.

I say all this because I recently found myself in a bit of financial trouble, something that hasn’t happened since I accidentally murdered my editor at Doubleday many decades ago. This time the bitter settlement of my divorce from Janeane Garofalo had left me low on resources, and the upkeep of my Mount Winchester estate is enormous. So when my beleaguered manservant Roger brought me a proposal, I felt a prick of interest in my nether regions.

“What is it?” I said, annoyed. I was only halfway done with my excellent essay for the journal Commentary, which I was calling “Chabon, Lethem and Safran Foer: A Plague of Male Flaccidity." Tea wasn’t meant to be served for another two hours.

“I thought you should see this job posting, sir,” Roger said, presenting me with a newspaper.

“The Times is a false prophet!” I exclaimed.

I hadn’t worked for the Times since noted fatty Craig Clairborne beat me in an arm-wrestling match for the food-critic job. Was I willing to try again?

“Gender is a bullshit social construct,” I said. “Every fool knows that human gender identity flows smoothly, like shower water over a supple ass.”

“There are two genders, male and female, and people can switch back and forth as often as they like, depending on available clothing.”

“You might be a little behind when it comes to gender, sir.”

“I happen to have an ample behind! And no one is more on top of gender issues than me. I fucked Dr. Renee Richards, for God’s sake! When she was a man!”

“Great Roxane Gay!” I exclaimed. “This universe is vast and fascinating.”

Suddenly I knew my truth: I wanted to become The New York Times’ gender editor.

“There’s one problem, sir,” said Roger. “You’re conventionally gendered. A cisgendered male, as you well know, is the worst thing to be.”

“Bollocks,” I said. “I’ve had more gay experience than Tennessee Williams ever did.”

“There’s only one way you can even being to approach the Times for this job, sir. Now listen. I have a plan. . . .”

Two weeks later, I approached The New York Times’ offices, which were more modern than when I eviscerated them in my 1974 Vietnam book "Gelb’s War" but still less modern than the average grocery-store vitamin aisle. And when I say “I” approached, I should say that “Paula K. Neal” approached, resplendent in the bright Mao-type jumpsuit that Hillary Clinton has brought into fashion this election season. My body hair had been electrolysised out of existence, save for a bit on the left thigh that I called my “secret fur patch.” At that moment, I identified as a woman who identified as a man who identified as a woman. It was a good start to my gender-editing career.

I was taken into a darkened chamber, decorated only with a long wooden table and six straight-backed chairs, for my interview. Each chair contained a hooded figure, whose facial features I could not discern. One of them spoke.

“We are the Council of Gender-Neutral Editors,” he/she said. “We are here to impartially determine the best choice for this position.”

“Of course,” I said. “My name is Paula K. Neal. And I am The Greatest Living American Writer. To my left stands Rogina, my beleaguered person-servant.”

“Rogina,” who was wearing a tuxedo that made him sexually unattractive to potentate black football players, nodded politely.

“What qualifies you, of all people, to be the The New York Times’ gender editor?” asked a second gender-neutral editor.

“Well,” I said, “I did write an article for Sports Illustrated entitled ‘Bruce Jenner Is Really a Woman.’ In 1977.”

“We know your history, ahem, Paula K. Neal,” said my chief inquisitor. “But that is American history. What can you write about now?”

“Gender-neutral Christ, not another article about 'Transparent!'” said an editor who I later learned was a woman transitioning into looking like Jeffrey Tambor.

“OK, fine,” I said. “How about male Nascar drivers who identify as female but hide it on race day to avoid the wrath of their fans?”

“Is that true?” said another editor.

“I don’t believe you really are Paula K. Neal,” said still another editor.

“Isn’t this about who the best editor and journalist is, no matter their gender?” I said. “If the top gender writer were a cisgendered male iconoclast who once won a Southern Review sack race with a drunken William Faulkner as his partner, wouldn’t that qualify?”

With that, I began to take off my false eyelashes.

I unbuttoned my pantsuit.

It slid off my body, revealing an identical pantsuit, which I also slid off, revealing me in my velvet bathrobe.

I removed my wig to show my sparse but shining pate.

“You didn’t fool us for a second, Pollack,” said an editor. “But the job is yours if you want it. It always was.”

And so I returned to my mountain hideaway to work on this essay, for which I was paid a princely sum or maybe a princessly one. Either way, it was a ton of cash. After all, no matter what my gender, I am still the greatest writer in the world.