We're all being used: No, it’s not immoral to use illegal drugs — because it’s the war on drugs that’s to blame

A Times op-ed says that ethical consumers should stop using drugs. In fact, it's the war on drugs we should blame 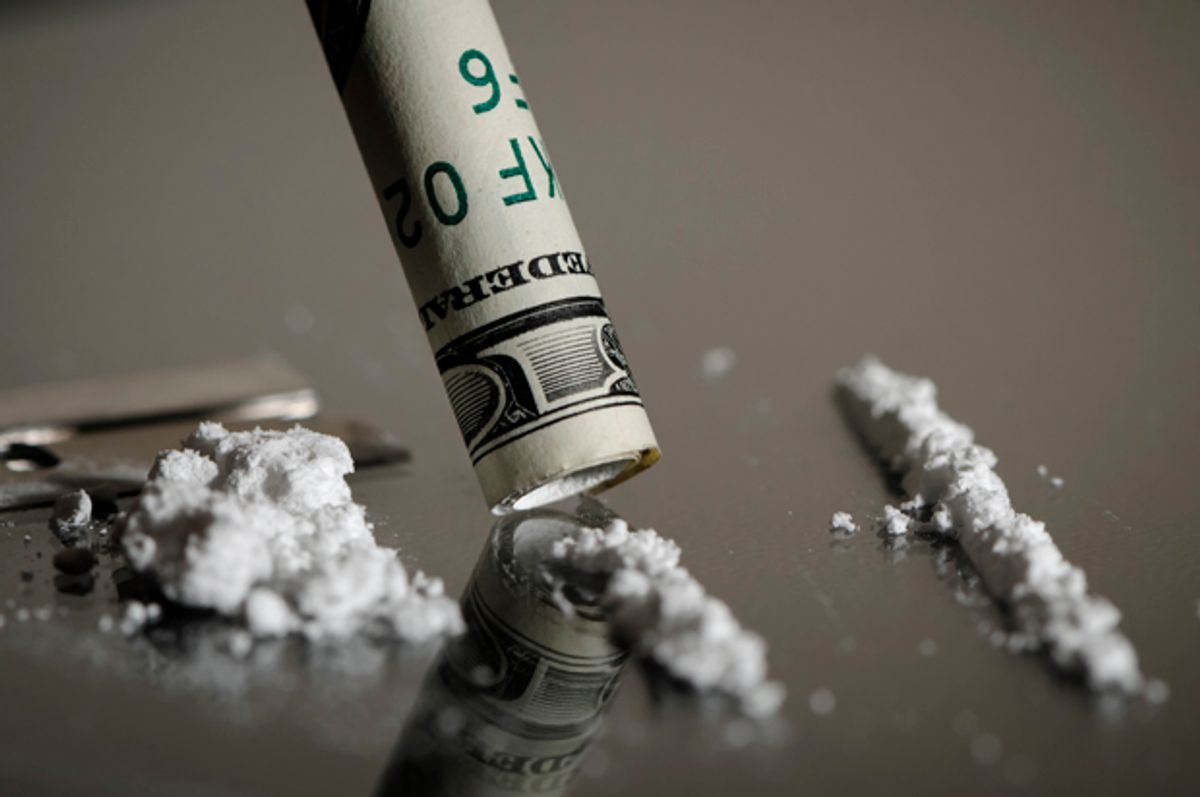 A New York Times op-ed by Mario Berlanga, a recent graduate of the Stanford Graduate School of Business from Mexico, made the argument that using illegal drugs is immoral because it funds cartels’ bloody rampage south of the border. It's a straightforward point he makes — but also entirely wrong.

Berlanga lamented that many of his “friends and classmates here in the United States care about making the world a better place, and they try to make purchases that reflect their values” by becoming vegetarians or buying fair-trade coffee yet also “pop Ecstasy or snort cocaine. They think this drug use is a victimless crime. It’s not. Follow the supply chain and you’ll find a trail of horrific violence.”

Berlanga explored that trail in heart-wrenching detail. But the reality is that the bloodshed in Mexico, along with so many fatal overdoses, incarcerations and police abuses in the United States, aren't caused so much by the use of illegal drugs but rather by the prohibition that makes drugs illegal. Cocaine, for one, began to be trafficked in large quantities through Central America and Mexico precisely because the U.S. successfully cracked down on trafficking routes from Colombia through the Caribbean to Florida, while Colombia cracked down on the Medellín cartel.

“By the mid-1990s, further U.S. pressures drove the drug’s profit-leading wholesale trafficking to northern Mexico, the prelude to the current showdown between druglords and the Mexican state,” historian Paul Gootenberg wrote. “Each stage in this progression has seen a dramatic expansion of both drug supplies and drug-related conflict and violence, and each stage has propelled the geography of the drug business further north . . . along the way to the present crisis, Mexican drug exporters have diversified in and out of marijuana, methamphetamine, and heroin.”

Mexican cartels then took advantage of their newfound position as key middlemen for Colombian organizations to amass wealth, power and a more independent operation by demanding shares of cocaine instead of payments in cash.

“By 2000, the 80 to 90 percent of cocaine that originally had passed from Medellín and then Cali through Florida had transformed into a comparable ratio moving up Central American coasts into northern Mexico," Gootenberg wrote.

Meanwhile, in Colombia, U.S. intervention and the state repression it supported in the 1990s resulted in drug trafficking organizations becoming “more effective” as they adapted to create “far more anonymous, efficient, and fluid smuggling networks,” he wrote.

Berlanga insisted that “Americans must recognize that every time they buy illegal drugs they reward the cartels.”

In reality, it's prohibition that creates the risk premium that cartels deploy mass violence in an eager bid to exploit. And it was drug interdiction efforts that drove cocaine trafficking into Mexico and thus rewarded the cartels — to utterly disastrous ends. Today the celebrated arrest or killing of one cartel leader in Mexico predictably often works to the benefit of another cartel and foments fresh violence as rival groupings jockey to gain advantage.

Trying to make the world a better place through ethical consumption is a well-intentioned but misguided form of activism. It peddles the notion that individual choice, rather than systemic change, can fix the enormous problems we confront, from poverty and inequality to climate change and deforestation. Consuming illegal drugs is no more unethical than driving a car.

So great, be sober and ride a bike. But don’t pretend like you’re doing the world some huge favor. Retreating into the ideological cocoon of free individual choice distracts from the real problem and legitimizes its cause — which in this case is prohibition and the war on drugs.

It’s not inherently immoral to use illegal drugs, though in some cases it may be unwise. What’s immoral is the drug war. Legalizing and regulating drugs would have all kinds of positive impacts, including decreasing the United States’ gargantuan prison population, reducing aggressive policing, making drug quality safer, reducing user stigmatization, facilitating access to treatment and perhaps most important, stemming the carnage across Latin America wrought by prohibition in the name of American public health.

That's why so many people in Latin America today are calling for the war on drugs to end. In March, former presidents of Brazil, Colombia and Mexico wrote that they "came to an unavoidable conclusion" that “the 'war on drugs' is an unmitigated disaster" after "examining our own failures on this front while in office."

Berlanga is right to condemn the violence that has engulfed Mexico. But “just say no” didn’t work when Nancy Reagan was pushing it, just as it failed during the miserable experiment in alcohol prohibition. And it won’t work now. It’s a distraction from and an apologia for a drug war that kills en masse. When it comes to drugs, Americans need to take a look in the mirror — not to stigmatize drug use but demand better public policy.