Halt and catch fire: Samsung scraps the Galaxy Note 7... because it spontaneously combusts

Samsung is killing off the much touted Galaxy Note 7, which has the bad habit of bursting into flames. 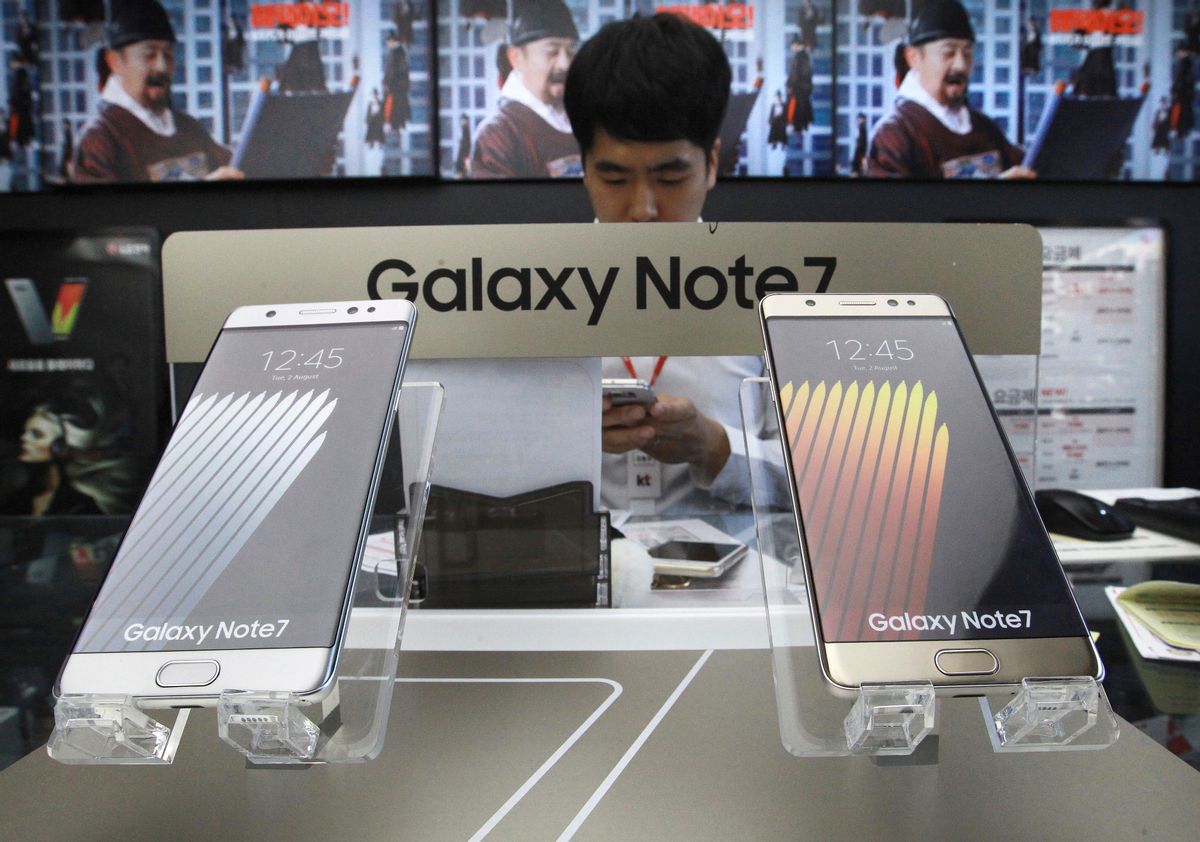 Less than two months after Samsung launched its highly anticipated Galaxy Note 7, and less than one month after issuing a recall, it has now been announced that the new smartphone is being scrapped altogether. The reason, it seems, is that consumers aren’t too fond of having their smartphones catch on fire.

That happens more often than you might think. In 2014, a iPhone 5c allegedly caught fire in its owner’s back pocket, while a Galaxy S2 nearly exploded near its owners genitals back in 2011. In 2012 a Droid Bionic burned through the pants of a Defcon employee, while less than a year later a similar incident occurred with a Galaxy Note in South Korea. Needless to say, this explains why people were so alarmed when a family in Florida discovered their jeep engulfed in flames because their Galaxy Note 7 had exploded in the vehicle.

Why does this happen? The reason is that cell phone batteries are powered by lithium ion battery packs, which usually contain highly flammable liquid. To make matters worse, these sorts of fires are almost impossible to put out without a powdered fire extinguisher. When the batteries catch on fire, it is usually because they were either exposed to a nearby source of intense heat (often another fire) or because of a physical defect in the battery itself, causing a thermal runaway within the device.

Hopefully our phone manufacturers will be more careful when creating these essential devices in the future. So far no one has been seriously hurt, but it should be enough to make you stop carrying your phone in your pants pocket.