Peggy Orenstein on Donald Trump's crude remarks about women: "It's about abusive, aggressive behavior by a man who's not seeing a problem"

The author of "Girls & Sex" talks with Salon about Donald Trump, harassment, girls and sexual consent 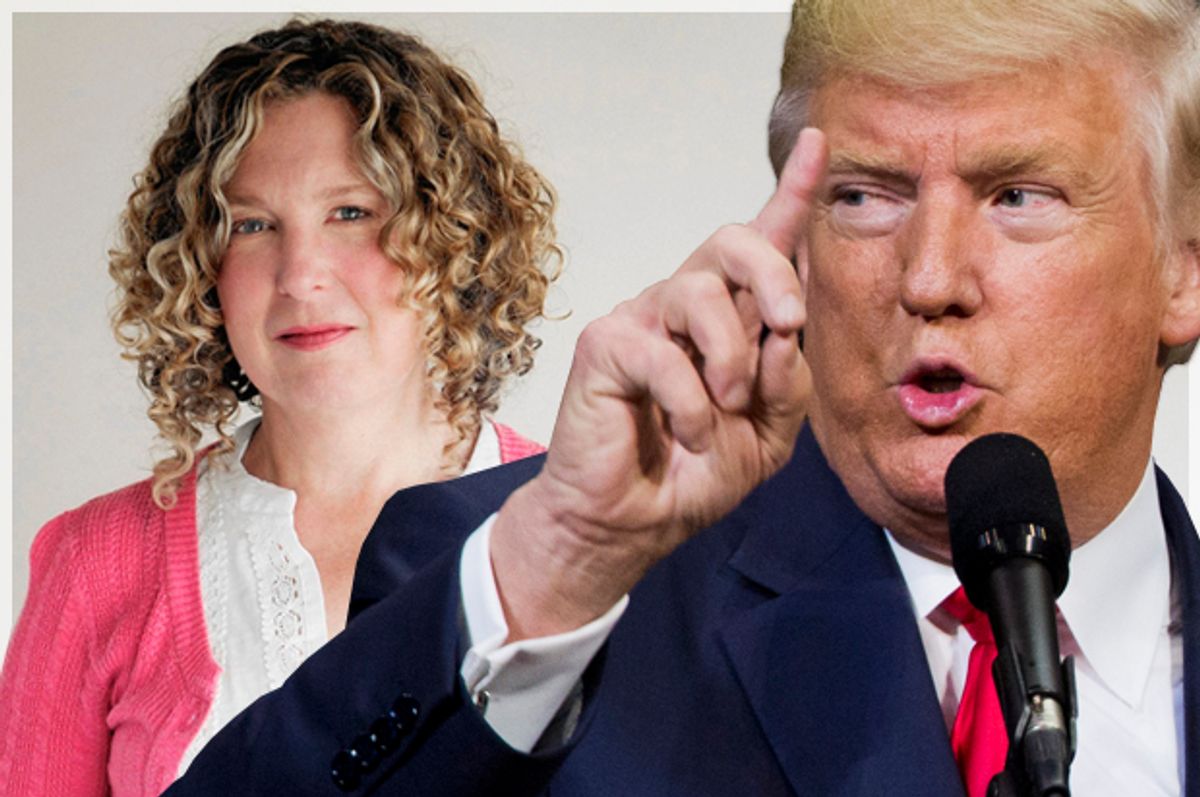 As Hillary Clinton would say, well, here we go again. For many who either are women or know any, the revelation on Friday of Donald Trump's crude, "Grab them by the pussy" commentary was as unsurprising as it was demoralizing. Soon after, Kelly Oxford tweeted out a call for women to share their experiences of their first assaults. The result was a deluge — thousands of retweets, millions of views and a compendium of stories.

As author Peggy Orenstein, whose best-selling and timely book "Girls & Sex" explores the world of young women and sexuality, noted on Twitter on Sunday, "The Trump tape makes me think about young women I interviewed: GIRLS' EARLY SEXUAL EXPERIENCES SHOULDN'T BE SOMETHING THEY HAVE TO GET OVER." A remarkably un-jetlagged Orenstein, who just returned from promoting her book in England, spoke to Salon via phone on Monday about how the election has brought the conversation around consent and entitlement to the forefront.

So what did you think when the story broke on Friday?

My first response was, "Oh, do we have to? Must we discuss this? Did this really happen? Again?" It's so tiring. So many of the dynamics of "Girls & Sex" are being acted out in the presidential election that it's almost eerie for me to watch it. I almost wish the book was [coming] out right now so I could be talking more about embedding it in the election — the way that we look at male entitlement and female sexuality and the performance of female sexuality and who it's for. I think the reason that the debate got so ugly is because we're having a lot of debate about gender right now.

And when Trump said he wanted to talk about "much more important things."

But it is important! It's about abusive, aggressive, possibly criminal behavior by a man that he's not seeing as a problem.

It crystalizes for me that idea that what happens to women isn't recognized as significant.

I was just reading Jackson Katz's book. He did a TED talk that's really good.

His whole premise is that we have understandably but wrongly made sexual violence a women's issue. It is in fact a men's issue. It needs to be one that men who are not complicit stand up against loudly, firmly, immediately and en masse. And until that happens, it is hard to get it to be seen in the same light as war — which it is — or the economy or other big issues.

I remember the moment as a girl when men on the street changed from something to view as protectors to aggressors. Feeling instead of "these are adults and if you're in trouble they'll help you" to suddenly, you're 12 years old walking down the street with an ice cream cone and some guy says, "Hey, baby, I wish that ice cream was me." And you're 12 years old. It's like a photograph in my mind of this shift in the whole world that day.

For me, it was my classmates and men on the street as I was walking down the street in my Catholic school uniform — which is catnip for perverts. I can't even identify when it started.

I get a ton of questions from girls about street harassment, about how to make it stop. I don't know what to tell them. I don't want them to get hurt but I don't want to say, "There's nothing you can do and I'm sorry." So I send them to places like Hollaback. I say that you can't do it by yourself; you have to join forces with people; it has to be a collective effort. But I know that's a way of saying we live with it and negotiate with it.

It's not like words can't turn into something, and that's the threat. You don't know.

I guess the one thing I will say is that at least it's acknowledged now in a way that I don't even know if it would have been talked about it [before]. A lot of people would have said, "Oh, they're just being flattering."

That's the normalization of something that's at best annoying and at worst scary. I used to work in a neighborhood where we kept a coat in the office closet, so if a woman in the company had to go outside for lunch or a Snapple she'd put on the coat so she wouldn't be bothered.

I really hope this is a turning point. There's such an accrual of horrible, abusive stories. I always hold out hope that this offers opportunity.

Yeah, seriously. You'd think not a single one of them has a boy.

You talk so much in the book about "Where am I as a girl or a woman in the conversation?" Because women aren't taught enough to say, "Here's what I do want. Here's my agency." And boys and men then presume it's all on their terms.

Guys who harass women — their success rate must be zero, and yet they keep doing it. Donald Trump in that clip says he failed at this. He says that he moved on a woman and she said no, and he sees beautiful women and kisses them and can't stop. It's not like he says women like it. They don't even enter into the equation.

It's always my hope that if we start talking about something, that the evidence is clear that it will motivate soul searching and action and change. That's the history of the women's movement. We name something; we get angry about it and we make change and then we have to do it again and again and again and again. And now we can own property! We can vote! Those are big things. Trump should have said those things before women could vote; he'd probably being doing better.