7 offensive things Donald Trump Jr. has said on the radio

Like his father, Donald Trump Jr. has a problem biting his tongue 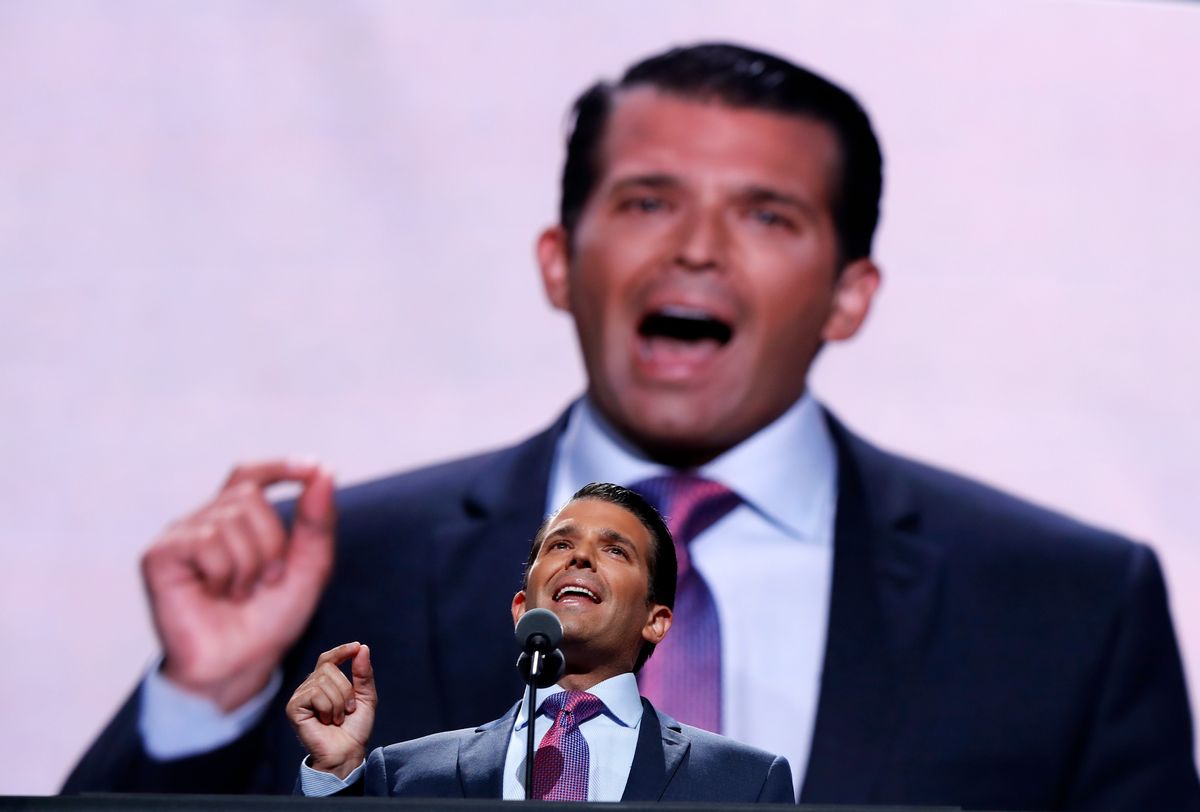 Like his father, Donald Trump Jr.’s offensive statements during past interviews with shock jocks are coming back to bite him.

As CNN’s KFile discovered, Trump has a long history of pushing the envelope during appearances on shows like “Opie and Anthony,” “Opie with Jim Norton,” and “The Six Pack” (which is no longer on the air).

March 2011: While promoting “Celebrity Apprentice,” Trump referred to Dionne Warwick with a profane slur: "Well that's the interesting thing, you know, people come on the show because, you know, they're often times trying to rebuild some of their image and everything, but if they, you know, if they're acting like a b--, just a bad person, people are like, 'I can't believe they're such a-- .'”

12 by CNN KFILE
January 2012: In perhaps his most bizarre argument, Trump argued that President Obama was a racist because he called other people racist. “I mean, so many people, you know, they're just worried about, you can't say something bad about Obama, not because you actually have a strong stance against his platform, but because that makes you a racist. Like, that in itself is racism. Like, it's so, you know, it's so ridiculous and that's what we've become, and he's played that card very well. And by the way, if I was in his shoes I'd be playing that card too because you can get away with it in this country and we allow it." 12 by CNN KFILE

January 2012: Trump lamented to “Opie and Anthony” that “you can't even make fat jokes now,” responding to the observation that obesity is a disease by joking “laziness is a disease, too.”

12b by CNN KFILE
January 2012: During a discussion about child beauty pageants, Trump joked about parental abuse with commentings like “Forcing them not to eat” (referring to the parents and their children), “The kids, they’re crying,” and “She’s like limping.” He also mocked a child crying out “Help me, help me” and said that their mothers are “all fat. Ugly.” 11zz by CNN KFILE

January 2012: When struggling to recall the name of Hamas member Mahmoud al-Mabhouh to “Opie and Anthony,” Trump repeatedly joked that it was probably Mohammad (“Mohammad something or other”) or Ali.

12d by CNN KFILE
July 2012: After hearing a harrowing eyewitness account of a mass shooting at a movie theater in Aurora, CO, Trump tells “Opie and Anthony” that “Overall I give the movie two thumbs up.” 11gg by CNN KFILE

June 2015: When appearing on “Opie with Jim Norton” to defend his father’s allegation that many undocumented Mexican immigrants are rapists, Trump said: “He's not talking about people that are just here doing, he's talking about people, again, there's a big element coming across and if you speak to people that are on the Texas border -- and he said it very clearly -- 'listen, I'm sure there's some great people too just trying to do better for themselves. I understand that. But, you know there's a disproportionate amount of people that are bad relative to society coming across and doing the same thing and we can't just arbitrarily let everyone in here. And honestly, I don't think that anyone with a straight face -- then again, if they're playing politics -- can with a straight face say that that's not a reasonable stance I mean it's ridiculous."

This isn’t Donald Trump Jr.’s first exposure to scrutiny for controversial positions. His ties to white supremacist groups have been well-documented and he has emerged as one of his father’s chief emissaries to the alt right.