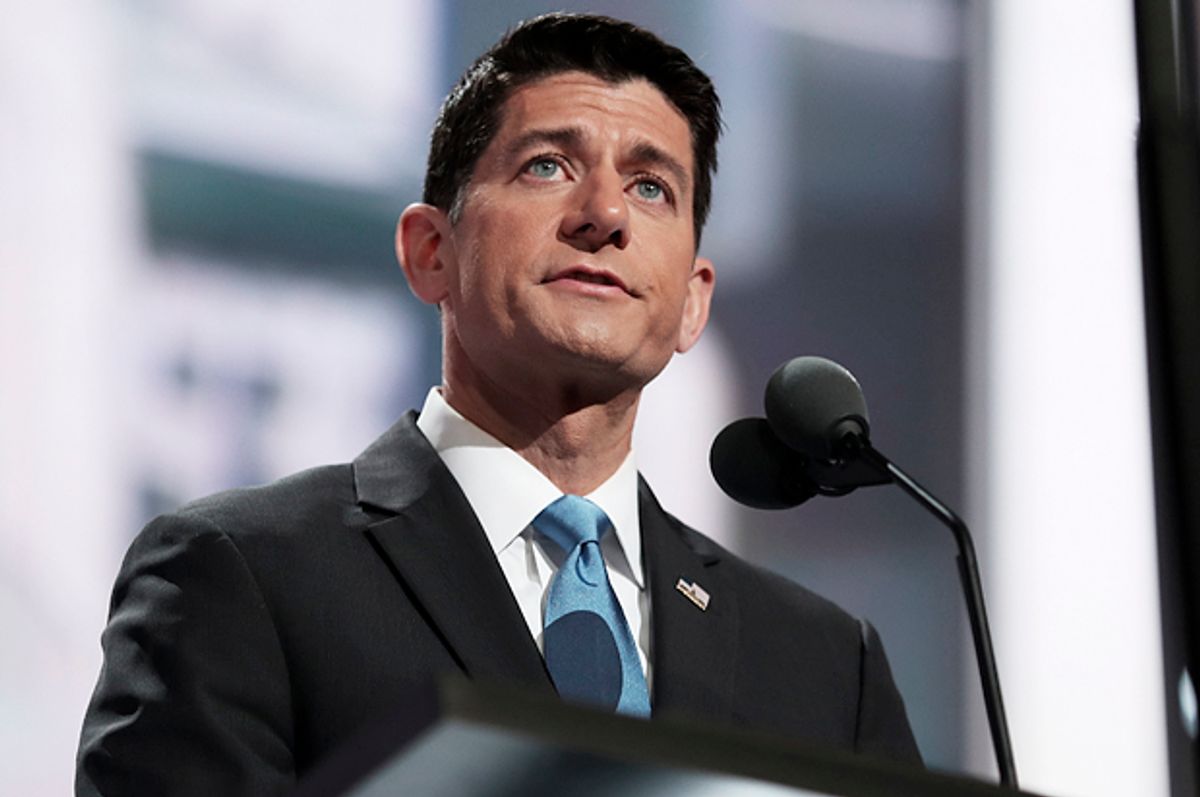 Things turned ugly at a Donald Trump rally in Wisconsin on Monday night as pro-Trump crowd started changing, “Paul Ryan sucks!” before the speaker of the House took the stage

It was clear to see that Ryan, once a Tea Party darling, was now the subject of scorn by the Trump wing of the Republican Party.

While Trump didn’t directly egg on his audience, his relationship with Ryan has been testy throughout this election cycle. Matters deteriorated considerably last Monday, when Ryan told Republican members of Congress during a conference call that he would neither defend Trump’s lewd bragging about sexual assault or campaign for him. Trump responded to this by tweeting: "Our very weak and ineffective leader, Paul Ryan, had a bad conference call where his members went wild at his disloyalty.” Trump took this charge to the next level earlier Monday, suggesting during an interview with ABC’s Tom Llamas that Ryan maybe he wants to run in four years or maybe he doesn't know how to win. Maybe he doesn’t just know how to win.”

Ryan’s poor relationship with the Trump has so alienated his stalwart supporters that even his speakership may be in jeopardy. On the other side of the coin, Ryan has also faced harsh criticisms within his own party for not taking a stronger stance against Trump. By not either backing his party’s nominee or having the courage to outright denounce him, Ryan has lost favor with both sides.

That said, Ryan at least is still endorsing Trump, which cannot be said of the more than 160 Republican leaders who have abandoned ship since the “Access Hollywood” tapes leaked.