Hack the vote: A new simulation shows our electronic voting system is so vulnerable it's scary 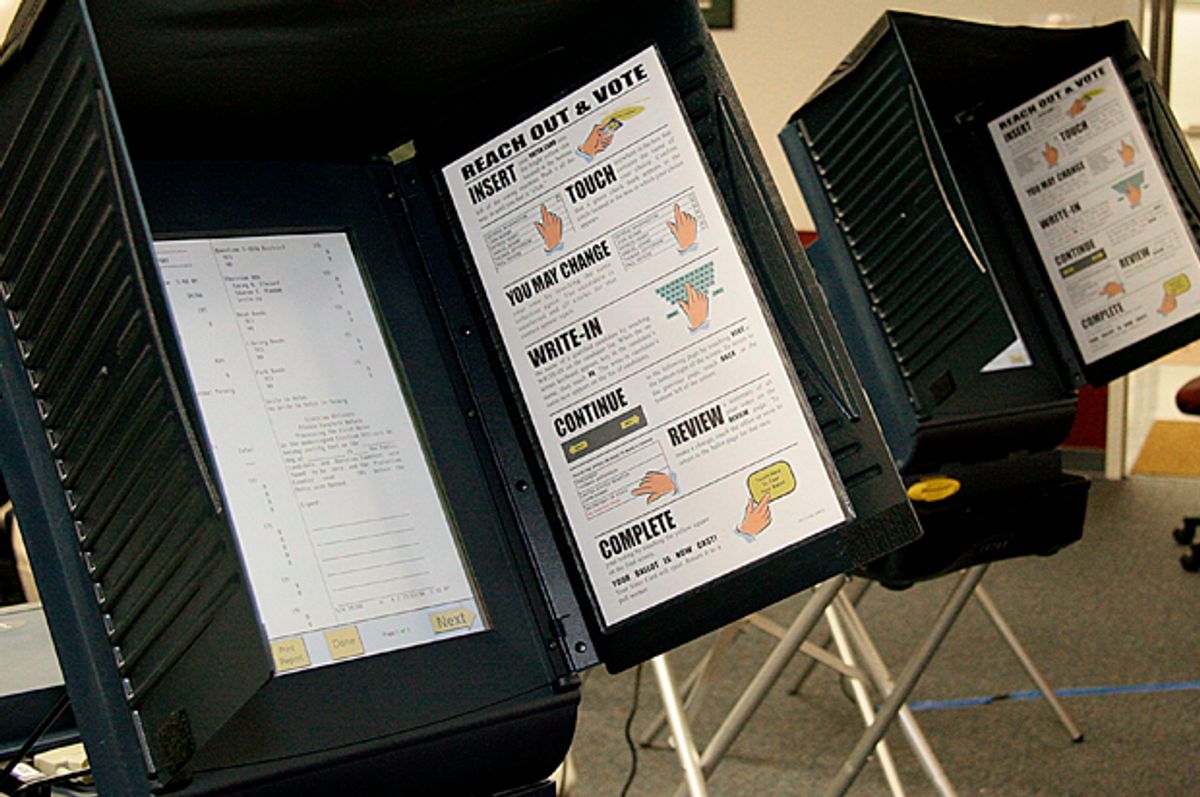 While Donald Trump is touring the nation whipping up unfounded fears of voter fraud by Hillary Clinton’s campaign, the cyber security firm Symantec has demonstrated that a real possibility for chicanery does exist… from hackers.

During its “Hack the Vote” election simulation, Symantec identified the methods that a hacker could use to influence the election outcome. They found three approaches, each of which would cost roughly $500. First, for voters casting their ballots electronically, a hacker could reset the chip card to cast multiple votes or allow the voter to participate more than once. Second, because votes are stored in unencrypted plain text on cartridges similar to USB drives, a hacker with access to the cartridges could easily manipulate the tabulations. Third, hackers could simply manipulate voter behavior by deliberately spreading misinformation through social media.

Although Symantec’s conclusions are alarming, the FBI and Department of Homeland Security have not cited takeovers of electronic voting booths as their primary concern. Instead they have pointed to reports that hackers working for the Russian government have tried to access voter registration files in more than 20 states, perhaps to alter or delete them in order to help Trump win the presidency. Whether the threat is a random hacker or the Putin regime — or both — the vulnerabilities of our electronically-based voting system might make you pine for the good old days of the "hanging chad."