Ink and drink: New nano-tech tattoos can tell you when you're too drunk to drive 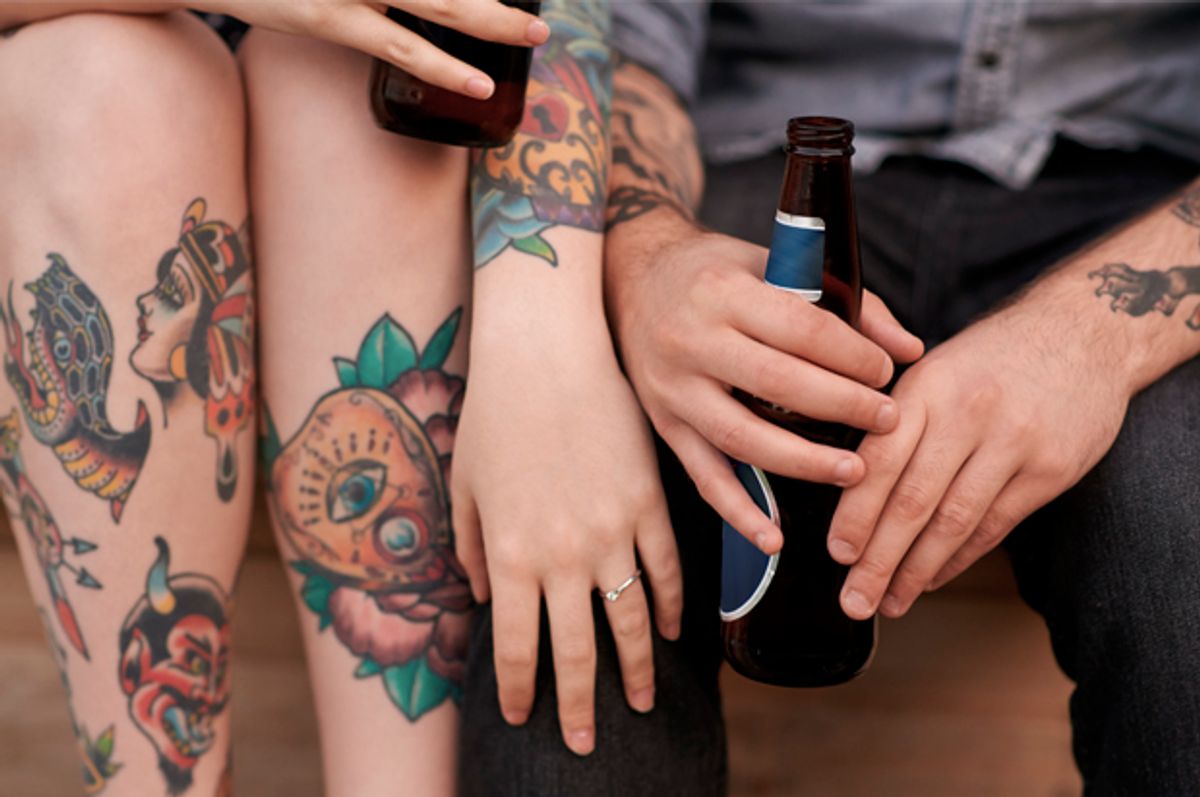 It’s generally considered a bad idea to mix drinking and tattoos. That said, what if you could get a tattoo that would tell you when you’ve drunk too much?

Thanks to the nano-engineers at the US National Institute for Biomedical Imaging and Bioengineering, you can now put a biosensor patch on your arm that looks just like a temporary tattoo.  By releasing an electrical current that forces the skin under it to perspire, the tattoo monitors the alcohol levels in your sweat and sends them to the user’s smartphone. This technology will not only help monitor convicted drunk drivers, but also prevent people from ever driving drunk.

This is a considerable improvement over existing alcohol monitoring technologies. Breathalyzer devices can’t continuously monitor alcohol levels and are easy to bypass with mouthwash, while wearable devices like bracelets are expensive and inconvenient for the users. Meanwhile, devices like the BACtrack Skyn (which won the Wearable Alcohol Biosensor Challenge) is flexible, one-inch long, works all day, and cheap to manufacture.

The innovation certainly has a market. According to Mothers Against Drunk Driving (MADD), every day there are more than 300,000 occasions in which people drive drunk and roughly one-third of drivers arrested or convicted of drunk driving are repeat offenders.

And these body art-like biosensors might also prevent people from getting tattoos they regret.