Marco Rubio warns against cheering on WikiLeaks revelations: "Tomorrow it could be us" 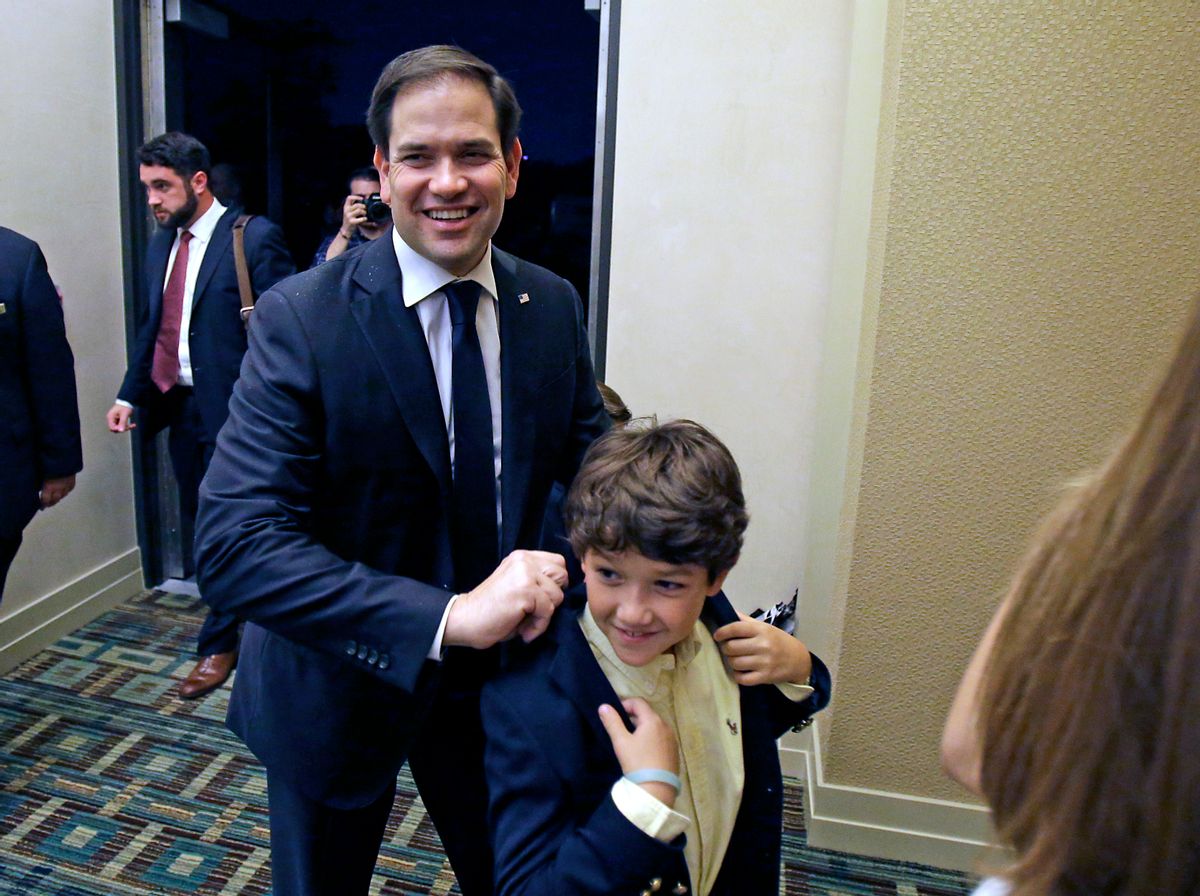 Marco Rubio doesn’t want Republicans to gloat about the revelations from the WikiLeaks hacks. He’s afraid he and his party could be next.

The Florida senator told ABC News Tuesday that Republicans should avoid capitalizing on the hacked Hillary Clinton emails being released by WikiLeaks, saying, “Tomorrow it could be us.”

Although Donald Trump is expected to mention the WikiLeaks emails during tonight’s debate with Clinton, Rubio emphasized that he felt this was a bad long-term strategy for the Republican Party.

"As our intelligence agencies have said, these leaks are an effort by a foreign government to interfere with our electoral process and I will not indulge it,” Rubio explained. "Further, I want to warn my fellow Republicans who may want to capitalize politically on these leaks: Today it is the Democrats. Tomorrow it could be us."

Rubio vowed that he “will not discuss any issue that has become public solely on the basis of WikiLeaks.”

Rubio’s position directly contradicts that of Trump, who has openly touted WikiLeaks’ interference in the presidential campaign even going so far as to encourage Russia to hack Clinton’s email. Many observers have noted that Wikileaks, once known for its ostensibly impartial exposures of corrupt governments, has been accused of serving the agenda of Vladimir Putin’s authoritarian regime in Russia. Because Putin wants Trump elected, critics allege that Wikileaks is focusing on Clinton to achieve Russian foreign policy goals.

Rubio, on the other hand, seems more concerned about the old saying, "what goes around comes around."