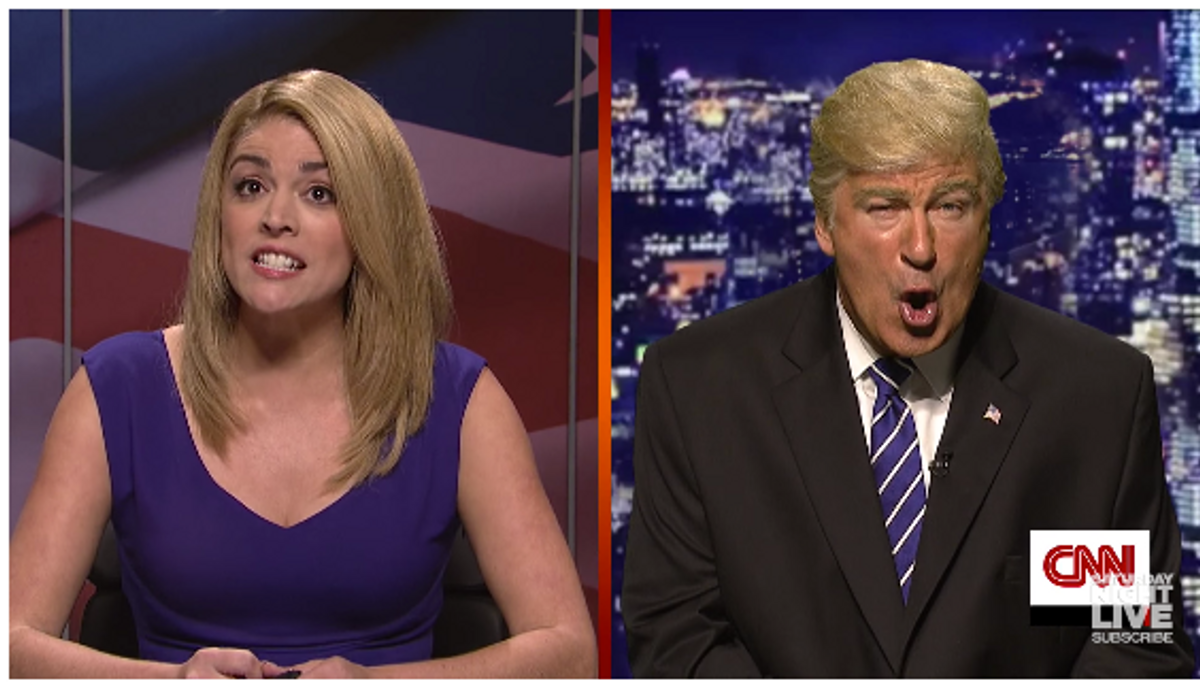 "I don't want to be a party pooper, but I don't think it's very funny," Baldwin told CBS News on Wednesday night, where he appeared as a guest at the final presidential debate. "I don't think there's anything funny about this election. I think it's very serious, very important, young people, millennials, undecided voters, everybody's got 20 days now to really do their homework and figure out who they think is going to lead this country in the direction it needs to be." That said, Baldwin was willing to concede that “He’s got the voice down very well.”

In criticizing his brother’s performance as Trump, Baldwin is following in the footsteps of the Republican nominee himself. After SNL’s depiction of the second presidential debate went viral, Trump tweeted “Watched Saturday Night Live hit job on me. Time to retire the boring and unfunny show. Alec Baldwin portrayal stinks. Media rigging election!”

Baldwin isn’t the only actor to depict Trump on SNL during the 2016 presidential election, with perennial cast member Darrell Hammond also stepping into The Donald’s shoes to take stabs at his bullying of Jeb Bush (Beck Bennett) during the Republican debates or cringe at being endorsed by Sarah Palin (played, of course, by Tina Fey).