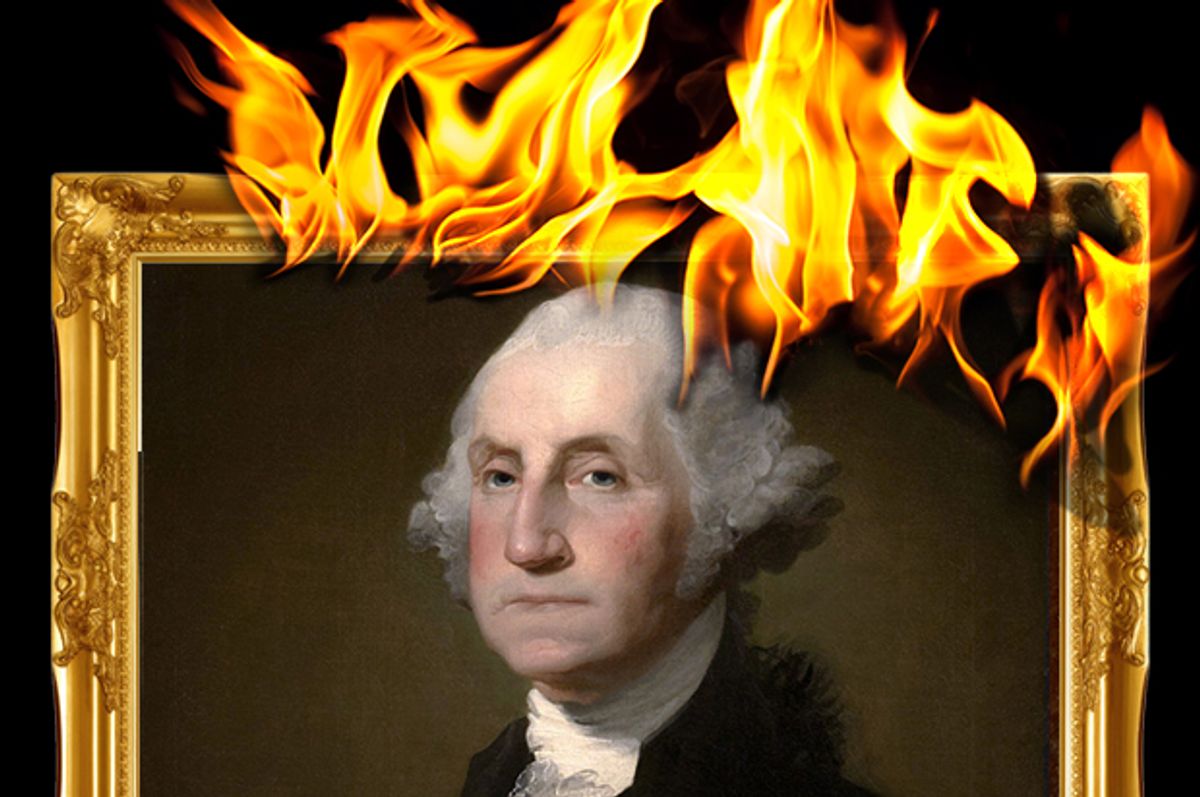 Like many prominent novelists who are also social historians, newspaper columnists, public intellectuals and wellness gurus, I have deep concerns that the American Experiment may be in grave danger. I've been worried about this for quite some time. In my 2003 book, "Undoing the Experiment: The Undoing of the American Experiment," I wrote:

"Forces from within and without are gravely endangering the American Experiment. The rise of the War on Terror and the scourge of music you don't have to pay for have placed the American Experiment under assault from the right and the left. From fundamentalist Christianity to radical feminism to sushi bars in college cafeterias, everything threatens the American Experiment. Our uneducated, complacent populace has completely ceased to care about its place in history. There may soon be no one experimental remaining."

That remains true today, times 10. This dispiriting election season has led me to sound several peals of alarm in The New Yorker, The Atlantic, and The New Atlantic Yorkie, an excellent regional dog magazine. No matter where my writing appears, it’s quite potent and shareable, and it has a common theme: A great scourge of mendacious fascism is threatening to take what is good about America — the experimental part — and fart it out to sea. No matter how we try to stem that tide of stink, it may be too late.

America was born as an experiment, after all, to see how many non-Italian white men could own property that technically didn't belong to them. It was also an experiment in representative democracy, in centralized banking, and in endless, soul-rotting imperial adventure, the most experimental experiment in the history of experimenting, an experiment so complete it even had a control group, called Canada.

Our Founding Fathers loved experimenting. Benjamin Franklin invented the printing press and the kite, and, in a lesser-known experiment, tied the testicles of a rat to a key and then dipped that key in butter. The experimental results changed America forever. Thomas Jefferson invented the astrolabe and Astroglide. John Adams experimented with being ponderous and unpopular. Alexander Hamilton created hip-hop, James Monroe invented the doctrine, and James Madison made a monster in the basement of the White House so hideous that the British had to invade and burn it, thus saving us from our own experiment.

Americans made the steamboat, the airplane and the inflatable duck-shaped pool floatie. There has been experimental art and experimental music, which we shall not mention again, and we should also shut up about the Tuskegee experiment and various nuclear experiments. The Stanford prison experiment definitely taught us all that we didn’t want to go to prison at Stanford. Most amazing of all, though, was the Philadelphia Experiment, where we sent Michael Douglas on an aircraft carrier back in time to prevent the Japanese from winning World War II.

But now, I fear, we’ve come to the end of the grand American Experiment, that social contract that binds us all together through mediocre public schools, inconsistently applied traffic laws and recalls of listeria-infested ice cream. America has become too large, too fragmented and too ignorant. Plus, we have a shortage of Bunsen burners, which as everyone knows is the essential piece of equipment for all experiments.

There has been a coarsening of the dialogue and the salt, and this has led to a degradation of faith in institutions like our tax system and our legal system and all our religions. Plus it's still not easy to find a decent bagel outside of New York City, though overall the pizza has improved nationwide.

No matter how the election turns out in a few weeks, the American Experiment will end. Donald Trump does not believe in either the rule of law or the rule of threes, and has no respect for the free press, the free market, a free small fries or "Free Willy." Hillary Clinton is, at best, a technocrat and, at worst, a Democrat. Yes, it would be somewhat experimental to have a female president, but the Geneva Conventions, with good reason, have outlawed experimenting on women.

The experiment has been interesting, but now it is over. America will be unexperimentally like this from now on. It is, sadly, an Ex Periment.