Donald Trump supporters defend threat to not concede election loss: It has to be "fair"

While some Republicans are walking away from this threat to democracy, friends are hedging their bets on Nov. 8 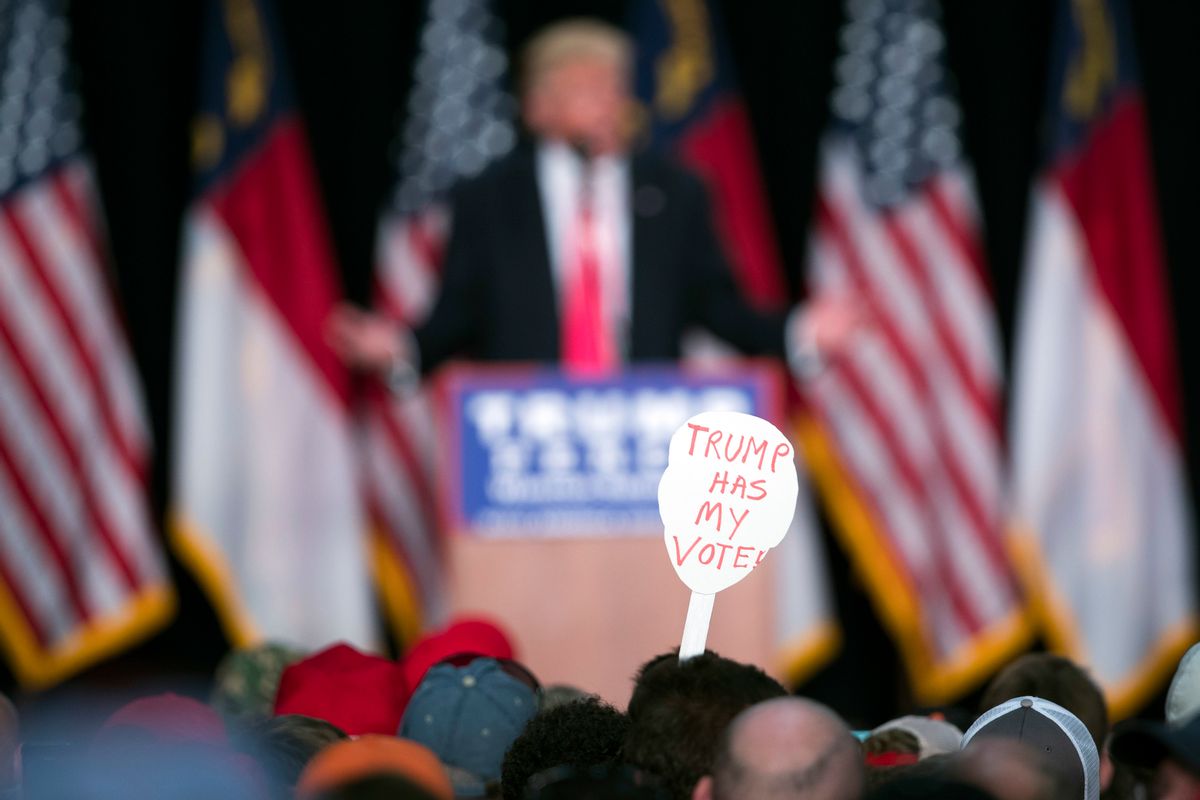 FILE - In this Monday, July 25, 2016 file photo, a supporter of Republican presidential candidate Donald Trump holds a sign during a campaign rally in Winston-Salem, N.C. A Kaiser Family Foundation-CNN poll released in September 2016 compared white college graduates and the white, black and Hispanic working class. Working-class whites were least likely to say that they're satisfied with their influence in the political process, that the federal government represents their views, and that they believe their children will achieve a better standard of living than themselves. (AP Photo/Evan Vucci) (AP)
--

Donald Trump’s supporters have found a new way of trying to spin his refusal to accept the outcome of the 2016 presidential election if he loses. They’re insisting that of course he will accept it “if it’s fair.”

Senator Jeff Sessions, who has long been one of Trump’s key supporters within the Beltway, said that Trump will accept the results “if they’re fair and he’s had the opportunity to challenge them if need be.”

Former Alaska Governor Sarah Palin, who was John McCain’s vice presidential running mate in 2008 and appeared as one of Trump’s guests on Wednesday night, echoed those remarks.

“I can’t say the election is rigged because it hasn’t taken place yet, but let us hope that these are legitimate votes taken and of course the results will be accepted,” she explained. “We’ll live with it if it’s legit.”

Even Mike Pence, who initially cast public doubt on Trump’s claim that voter fraud would steal the election from him, has since backtracked and supported his running mate. “If the vote is fair, I’m confident that we’ll accept it,” he told MSNBC in a post-debate interview.

Not every Republican has towed the Trump line here, though. Senator Jeff Flake of Arizona tweeted that Trump "saying that he might not accept election results is beyond the pale."

Senator Lindsey Graham of South Carolina, who opposed Trump in the Republican primaries and was one of his earliest critics within the party, went even further.

“Like most Americans, I have confidence in our democracy and election system. During this debate Mr. Trump is doing the party and the country a great disservice by continuing to suggest the outcome of this election is out of his hands and ‘rigged’ against him. If he loses, it will not be because the system is ‘rigged,’ but because he failed as a candidate,” Graham declared in a public statement.