Donald Trump will accept results of presidential election "if I win" 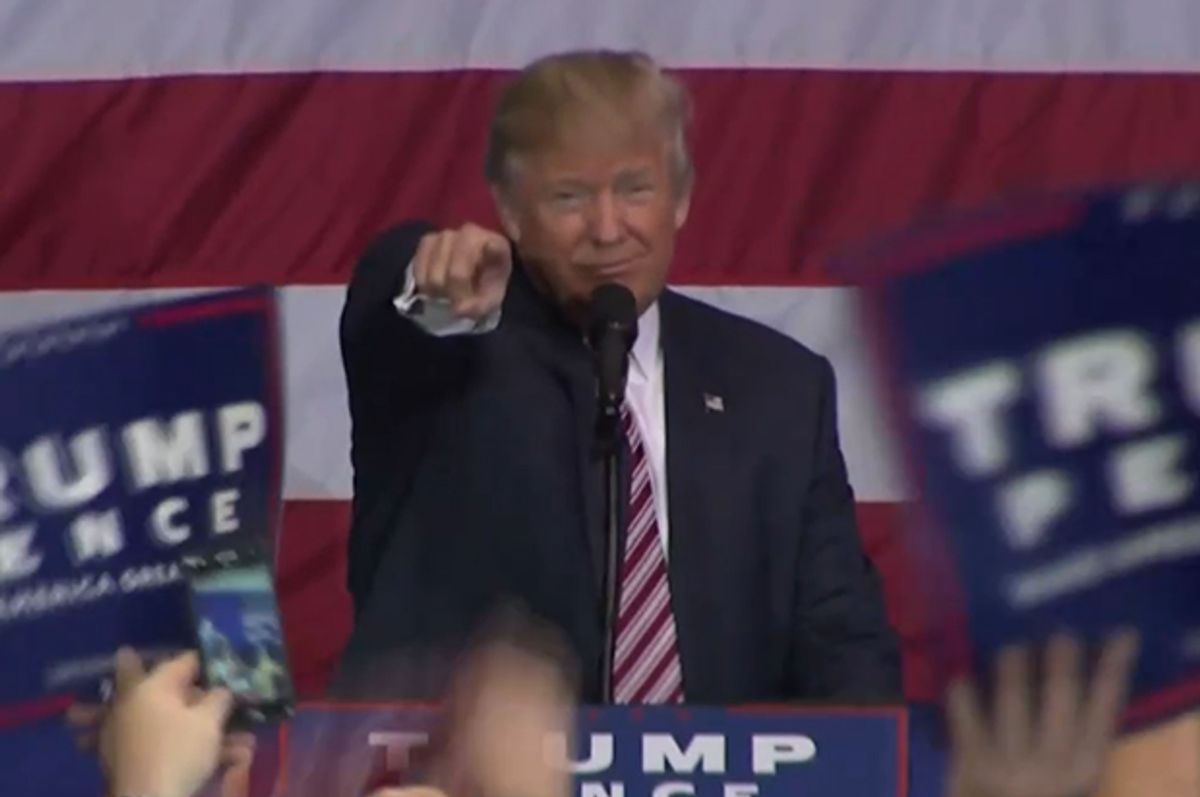 After a controversial debate performance on Wednesday night in which Republican presidential nominee Donald Trump refused to say he would accept the election results if he lost, he told a rally on Thursday that he would only accept the outcome “if I win.”

Trump said in a speech before 1,500 people at the Delaware County Fairgrounds in Delaware, Ohio, “I would like to promise and pledge to all of my voters and supporters and to all of the people of the United States that I will totally accept the results of this great and historic presidential election – if I win.”

An alternate version of these remarks that was sent to the press in advance said, “When the results come in on election night, I will accept — without delay or hesitation — the concession speech of Hillary Rodham Clinton."

The speech repeated many of the claims that have become staples of Trump’s rhetoric that assert he will be a victim of fraud. These included citing suspicious voter registrations and claiming 1.8 million dead people are still on the rolls. “A candidate like crooked Hillary Clinton, who will lie,” Trump proclaimed, “is a candidate who is truly capable of anything, including voter fraud.”

Although the Trump campaign has cited sources that don’t even support his conclusion, the assertions about vote rigging have managed to whip up members of his own party. A recent poll found that 73 percent of Republicans believe that the election could be stolen from their presidential nominee.