Hillary Clinton was "presidential" but "criminal politician." Donald Trump was "blowhard," but "improved" 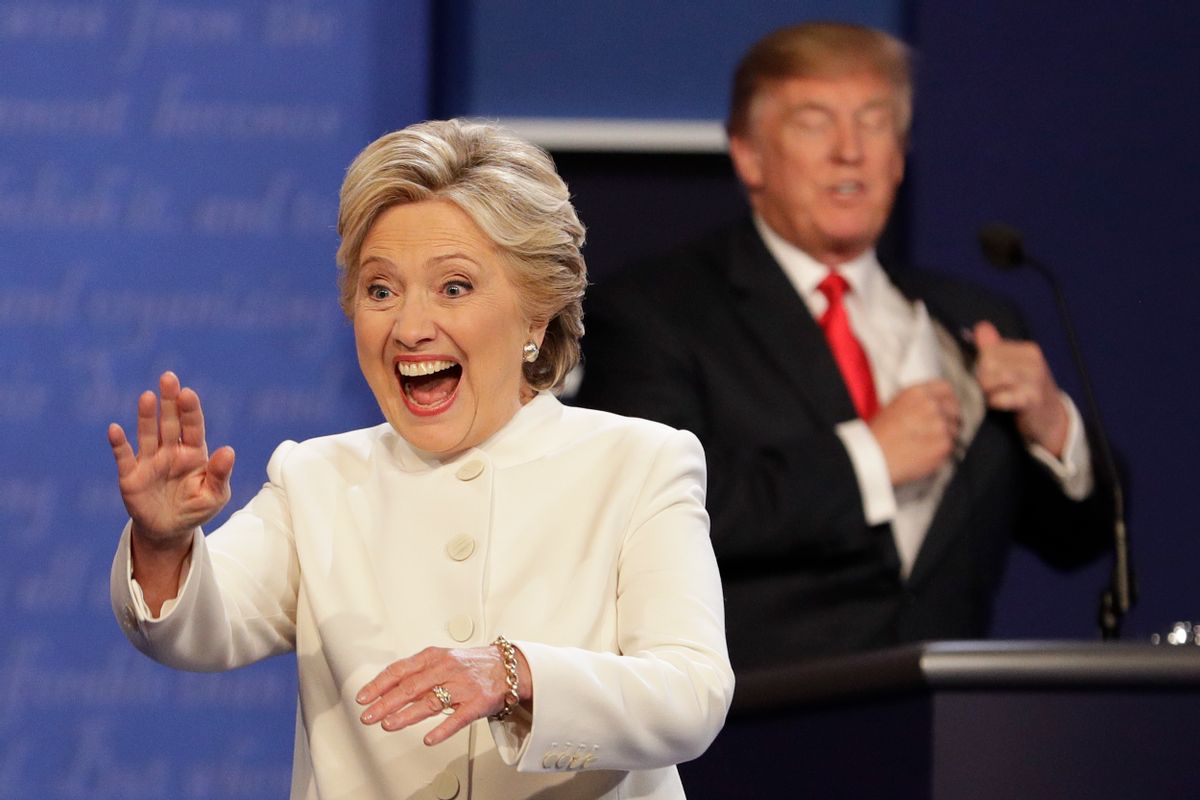 When voters were asked to sum up the candidates in one word, Trump received descriptions like “improved,” “struggled,” “blowhard,” “inadequate,” “passionate,” “P. T. Barnum” and “rude.”

More than half of them raised their hands when asked if they felt Washington had forgotten their voices.

When Luntz showed a clip of what he perceived as Clinton’s high point (her response to a question about the Supreme Court), the consensus among the undecided voters was that she was “polished.” Similarly, when he showed Trump blaming Clinton for losing $6 billion as Secretary of State (a claim that has been debunked), it caused them to refer to Clinton as “untruthful” and to question her stewardship of the State Department.

At the end of his informal survey, Luntz asked the undecided voters who they believed had won the debate, with 14 choosing Trump and 12 choosing Clinton. This contradicted the post-debate surveys conducted by CNN/ORC, which had Clinton beating Trump 52 to 39, and by YouGov, which had Clinton winning by a 49 to 39 margin. At the same time, Luntz’s group was consistent with the general public view that has rendered Clinton and Trump as the most unpopular presidential candidates in modern history, albeit for very different reasons.